US President Donald Trump appears to be lurching inexorably toward impeachment, as he shunts aside critical security decisions, fires key bureaucrats and provokes high officials to resign. President Duterte should find and arrest asap the murderers of Albay Party-list Rep. Rodel Batocabe


It would seem from many recent developments that 72-year old Republican US President Donald John Trump---the 45th in US history---is lurching from one crisis to another, and that halfway through his term, he seems to be marching inexorably toward impeachment in the US House of Representatives that's dominated by Democrats.

Now, as to whether he would be convicted by the US Senate, which is still dominated by Republicans, although by a very slim majority only, it remains to be seen. As things are developing, it's entirely possible that a number of Trump's Republican allies could turn around and join the seeming impeachment bandwagon.

Not since the ill-starred presidency of Richard Nixon three decades ago has a US President been impeached.  Crisis after crisis has hit the Trump administration as no other US presidency has been in contemporary times. For one, CNN has been merciless in slamming him.

First there was the sudden decision of Mr. Trump to order the withdrawal of US troops from Afghanistan and Syria---against the advice of his military hierarchy. This decision of Trump provoked Defense Secretary James Mattis, said to be highly respected and a "stabilizing influence" within the Trump administration, to resign. Mattis'  exit was deemed by political pundits a major---perhaps even irreparable--blow to the administration.

In weeks prior, President Trump had fired Attorney General Jeff Sessions and White House Chief of Staff John Kelly after they "lost his confidence." But when Defense Chief Mattis handed in his resignation last Thursday, Dec. 20, following his disagreement with the Chief Executive over the latter's decision to pull out US troops from Afghanistan, that shook the establishment to its roots. As a news account termed it, the day "was a landmark day of chaos that appeared to test the resolve of even his senior Republican backers in Washington."

The sudden resignation of the Defense Chief drew negative reactions from various leaders, among them Mr. Trump's close ally and frequent golfing partner, veteran Republican Senator Lindsey Graham. Praising the decision of Defense Secretary Mattis to resign, Graham warned that withdrawing the troops from Afghanistan---which had earlier been thumbed down by the military establishment in conferences with the President as "high risk strategy"---could ultimately lead to another attack on America, just like 9/11.

Adding to these concerns of major presidential allies of President Trump in Congress are other issues that would produce vast swathes of discontent among the American people themselves. For instance, there's the insistence of Trump to erect a wall along the Mexican border to prevent further illegal migrations of the "Chicanos" to the US. That issue triggered a looming government shutdown due to the disputes over the border wall's huge funding---in turn sending US share prices tumbling over this prospect. I can imagine the vast number of Mexican-Americans hating the idea of this wall and how it would impact the next elections for the Republicans.

Then there's the continuing investigations into allegations of the Trump campaign's collusion with Russia against his Democratic rival Hillary Clinton,as well as congressional probes into his businesses, his family and some of his Cabinet members. The former Secretary of State in the Obama administration, Hillary Clinton, who would have made a far better president, won the popular vote but most unfortunately lost the electoral votes to Trump.

From where I stand, it's easy to see that President Trump's major difficulty vis-a-vis his political and administration allies stems mainly from the fact that he has never held an elective office before. Instead he has been phenomenally successful as a real estate developer and businessman on a huge scale (e.g. the Trump Tower and the Grand Hyatt New York Hotel, among others) and as a reality TV personality. Hence, Mr. Trump doesn't know how to handle the bureaucracy or work with subordinates not in his payroll.

As multi-billionaire boss in the private sector, Trump hired and fired at will and to his heart's content, but obviously he couldn't learn fast how to work with co-bureaucrats with long distinguished records in public service, and within a system of governance. But more alarming than anything else, the world balance of power is in the hands of this temperamental character.

Prospects of a Trump impeachment bears watching in coming weeks as the Democrats could eventually gain allies in Congress among disgruntled and/or alarmed Republicans.

This blogger joins the nation in decrying in the strongest terms the dastardly murder of Bicol Ako party-list Representative Rodel Batocabe the other day. The 52-year old party-list congressman was a distinguished graduate of the UP College of Law, along with the likes of former presidential spokesperson Harry Roque. Colleagues from the House that I talked to spoke highly of Rep. Batocabe, and his conscientious dedication to his job and his constituents. "If you meet him in the corridors in the Batasan," says former Deputy Speaker Raul Daza, "It's likely that he's rushing to a committee hearing."

As a three-term party-list representative, Rodel Batocabe was already ineligible for reelection and  reports say he was planning to run for mayor of his native Daraga. In the three-cornered fight for the mayoralty in that city, Rodel was the only true native of Daraga, and his opponents would have been the incumbent LP mayor and the current vice-mayor who's said to be backed up by Rep. Joey Salceda.  Rodel Batocabe, considered a friend to all, was estimated to be the front-runner in the mayoralty race. As such he could have been in the line of fire.

The Duterte administration has to find the killers of Rep. Batocabe, if only out of justice to his constituents and because of their deep affection for him. 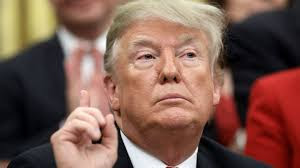 Posted by Veteran Journalist and Relentless Advocate of Truth at 7:37 PM