Unlike in our setting, where the VP holds office at indulgence or whim of the President, so that historically a number of our two top officials have ended up at odds with each other, the US VP is assured of two specific roles by US Constitution, which makes for greater political stability. Constitutional amendments urgently needed in this regard. 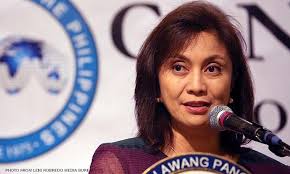 
Last Monday, December 05, I took advantage of being with former Vice President Jejomar Binay, who chairs the Alay sa Kawal Foundation that yours truly founded in 1987, during its awarding of checks to widows or parents of AFP enlisted personnel killed in action. I queried Jojo what he thought of the sacking the night before of Vice President Leni Robredo through a text message from Cabinet Secretary Leoncio Evasco, Jr.,  informing her of the President’s order for her to DESIST from further attendance in the Cabinet as chair of the Housing and  Urban Development Coordinating Council (HUDCC).

Jojo admitted that when he served as VP in the P-Noy Aquino administration and held the same post that Leni has just resigned from, he didn’t have much of a problem with the President then---doubtless because Jojo was a Cory original.

Jojo explained, however, that the problem in our country is that the VP is ENTIRELY DEPENDENT on the President for a job or role; whereas in the US the second highest official has two duties or tasks clearly defined by the US Constitution, WHICH GIVES SECURITY OF OFFICE TO THE US VP.

These two tasks statutorily defined for the VP in the US Constitution are: 1). to assume the presidency of the US Senate where his or her main task is to cast a vote in case of a tie during voting on crucial  legislation, (never mind if the US VP’s task in the Senate is actually more pro forma, as the real administrator of that chamber is the Senate President Protempore), and 2). to SIT AS MEMBER of the US National Security Council.

These two statutorily-defined tasks are independent from the fact that the US Vice President, like ours, is the defined successor to the US PRESIDENT in case of his or her demise in office---(this is where the phrase “one heartbeat away” was first applied).

Thus, opined former VP Binay, the Vice President of the US is NOT DEPENDENT ON THE WHIMS AND CAPRICES OF THE PRESIDENT TO CO-EXIST AND BE OF USEFUL SERVICE TO COUNTRY, AND NOT JUST A WELL-PAID WALL DÉCOR.  This constitutional provision, he argues, assures far greater stability in the US set-up between the President and the second in command, whereas in our setting the President can afford to be haughty to the Veep and render him or her completely inutile, without a post, resources and support.

Jojo Binay is correct:  how many times in our country have we seen  alienation between the two top officials of the land. Recall the open quarrel between President Diosdado Macapagal and then Vice President Emmanuel Pelaez, who claimed that Cong Dadong “borrowed my honor” in the early ‘60s; and between opposition running-mates Cory Aquino and Salvador Laurel, who had fought in the 1986 elections vs. Ferdinand Marcos and Arturo Tolentino. In the Cory administration, Laurel was pressing for a parliamentary form of government with him as PM, which Cory refused to agree to.

Now the conflict between President Duterte and VP Robredo, where he resents the VP's public criticisms of his policies such as the EJK and the Marcos burial in Libingan ng Mga Bayani. Leni, on the other hand, accuses PRRD of inaction on her appointees and the HUDCC budget, among others.

FROM THE ABOVE CONFLICT EPISODES AMONG OUR TOP POLITICAL LEADERS THROUGH HISTORY, A CONSTITUTIONAL AMENDMENT TO GRANT THE VICE PRESIDENT A SPECIFIC ROLE IN GOVERNMENT---AND NOT JUST BE AT THE MERCY OF PRESIDENTIAL GENEROSITY, INDULGENCE, WHIM OR CAPRICE ---SHOULD BE TOTALLY IN ORDER.

It helps too that US candidates who bag the two top posts normally are elected from one party, thus making for greater harmony as the two officials steer the ship of state in the same direction.

Thus, outgoing US President Barrack Obama and VP President Joe Biden held the Democratic reins of government for the past eight years, just like President Bill Clinton and VP Al Gore, and earlier, Republican President George W. Bush and VP Dick Cheney led the US. The US administration to be inaugurated on  January 20, 2017 has Republicans Donald Trump and Sen. Mike Spence winning vs. Democrats Hillary Clinton and Sen. Tim Kaine of Virginia. In the past US administrations there has been nary a public discord among the teams.

Here Rodrigo Duterte ran under the PDP Laban, while Leni Robredo ran under the Liberal Party. Complicating the picture is the fact that Leni barely squeaked a win over Bongbong Marcos of 260,000 votes, which the latter is hotly contesting before the PRESIDENTIAL ELECTORAL TRIBUNAL (PET) that's composed of Supreme Court justices; whereas Rodrigo Duterte won with an unprecedented 16 million votes---thus reinforcing his hand in anything he does.

That the candidates for the two top US posts are usually voted together is due to the fact that majority of US voters are registered party people, and during the campaign both Republican and Democratic parties seek to flush out their partisan voters.  Thus, normally, the electors who comprise the US Electoral College (that finally elects the winning President and VP) vote for candidates from their same party.  In case there is no clear majority vote from the Electoral College, the US House of Representatives gets to elect the President while the US Senate elects the Vice-President---although this has never happened before.

Normally, the two top US posts are voted from the same party, but there were actually a few times in the history of US elections when the two top posts were filled from different parties. Thus, Republican Abraham Lincoln chose Democrat Andrew Johnson as his VP. That the two top US posts come from the same party makes for ENORMOUS POLITICAL STABILITY, unlike here where they frequently come from opposing parties and end up fighting like cats and dogs.

I wonder if VP Leni Robredo ever anticipated how tough it would be for her to be in the second top post. She never held a public post prior to her running last May and in fact, had her husband, former DILG Secretary Jesse Robredo, not perished in a plane crash off Bohol three years ago he might have been Mar Roxas’ running mate as he was hugely popular.  Many voters ended up voting for LP candidate Leni despite her lack of political experience because they did not want the re-emergence of a Marcos.

But now she finds herself out of the Duterte Cabinet because the President felt he could no longer trust her in it, owing to her frequent opposing stand on burning issues. Leni is now the symbol and moving spirit of the political opposition: A JOAN OF ARC IN THE RAGING BATTLEFIELD OF PHILIPPINE POLITICS. She has appealed to the Filipino people to take courage and be brave even as she affirms that she'd support Duterte IF HE'S RIGHT AND OPPOSE HIM IF WHAT HE DOES IS INIMICAL TO THE NATION'S INTEREST.

Leni has warned of alleged plans of the administration to “steal the vice-presidency” from her, which the Duterte spokesman dismissed as crazy ranting. Yet, to a lot of observers, including this writer, that predicament may be very real, if the votes of the Supreme Court justices on the Marcos burial issue---9 for, 5 against and 1 abstention---are a veritable, if shocking, gauge. The SC, as the Presidential Electoral Tribunal, will be ruling on the petition of Bongbong Marcos to throw out Leni as he claims to have won the elections.

President Duterte is fully supportive of Bongbong, owing to long association between the Marcos and Duterte families (Mr. Duterte's father served as Davao governor during the rule of President Marcos), plus the Marcos family's large financial support for his presidential run last May.

If the SC vote  on the Marcos burial is any indication, Leni could really lose the battle in the PET.
Posted by Veteran Journalist and Relentless Advocate of Truth at 9:35 PM