I feel very sorry for the nation and for Secretary Heherson Alvarez, until recently the Vice-Chair of the Commission on Climate Change (CCC) for the lack of grace and finess with which he was dismissed from his job. Media reports said President Aquino removed Alvarez and relegated him to the position of mere commissioner in the three-member CCC, and appointed in his place Lucille Sering, herself a commissioner. Aquino did not outright remove Alvarez as he has a fixed term of six years, but replaced him apparently without hearing his side on Sering’s accusation that he made “critical decisions for the CCC without consulting other members and (displayed) a lack of transparency in his dealings within the Commission.”

President Aquino’s failure to allow Alvarez to air his side, the essence of fair play, is hard to understand, given the closeness of Alvarez and his wife Cecile to P-Noy’s parents, especially to the hero Ninoy Aquino. Sonny Alvarez and Ninoy were leading lights in the fight against the Marcos regime and Alvarez spent a lot of time in Boston. In fact, among Ninoy’s memorable last photos showed him and a young Alvarez sharing deep thoughts together during a walk, just before Ninoy left for Manila that fateful August.

The question is -- Sering who? She was a former undersecretary of the Department of Environment & Natural Resources during the tenure of Secretary Lito Atienza and ironically enough, she had served as a staffer of former President Macapagal Arroyo in the Senate, and it was GMA who appointed her to CCC. It seems that the removal of Alvarez is in line with the Aquino administration’s intention of erasing every trace of the GMA era, but it’s good to ask, just what qualifications does the new CCC Vice-Chair have to replace him? Alvarez espoused the cause of climate change long before it became a domestic byword and a global advocacy of leaders like Al Gore, and perhaps he knows this issue more than any other contemporary Filipino.

In 1995, in the Ramos administration Sen. Alvarez convened the very first gathering of leaders in Manila, among them the late Pakistan Prime Minister Benazir Bhutto, to discuss this issue two years before the Kyoto Protocol was promulgated. Since then he has represented the country in various international summits on climate change. In Poland in 2007, Alvarez led small independent nations in taking a strong stand against the big industrialized polluters of the environment.


Loss for the Philippines
Alvarez’s blueprint for C-C for the country is far-reaching and long-range, and his replacement by an environment nobody will certainly send shock waves in the international C-C community. Only recently, the new chief of the UNFCCC, the international organization tasked to handle the C-C problem globally, Christianne Figueres of Costa Rica, who replaced former chief Yvo de Boer, paid tribute to Alvarez as “one of my heroes.” Now he’s being dismissed summarily. With his stature in the international community, Alvarez can easily get a job as consultant to another country, but it's the Philippines' loss.

Rumor has it that Sering is being backed by the group of former DENR Secretary Elisea Gozun, who’s identified with the powerful Hyatt 10. Talk is that former Bukidnon Rep. Nereus Acosta is sitting out the one-year moratorium on appointments for losing candidates, but that come May 2011, he’ll assume the top DENR post vice career guy Ramon Paje. The appointment of Sering falls into that group's plan for total control of the environment, never mind her lack of stature and qualifications.


Transparency and the people's right to justice
The Supreme Court is under tremendous pressure to amend its decision not to allow live coverage of the Ampatuan trial before Judge Jocelyn Solis Reyes’ QC Regional Trial Court Branch 221. President Aquino wrote a formal letter to SC Chief Justice Renato Corona asking for reconsideration of the Court’s en banc no-coverage decision in the interest, he said, of transparency and the people’s right to justice in the mass murder case. Aquino is joined in his plea by DOJ Justice Leila de Lima, who, however, qualified her support by candidly admitting that there should be “careful evaluation” of certain considerations of live coverage, such as the effect witnesses' televised testimonies could have on other witnesses. It’s a valid concern: note that in the US members of the jury are “sequestered” with no TV or newspaper access whatsoever pending a trial.

Other significant groups favorably weighing in on live coverage include a few high-ranking Church prelates and some leaders of Congress. Their battle-cry: greater transparency under the people’s “right to know” and justice for the victims and their relatives. Survey results were also released indicating that one year after the gruesome mass murders, seven out of ten Filipinos are unhappy that the “trial of the century” is going so slow.


Trial by publicity?
It would appear from media coverage that more groups are for live coverage of the trial than against it, but the more thoughtful and sober media commentators fear that live coverage could deteriorate into a trial by publicity where the accused do not stand a chance at fair play, which is guaranteed by the Constitution, because of the overwhelming media attention. 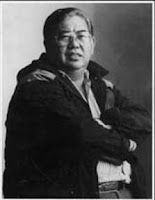 It should be noted that the SC’s decision to reject live coverage has had at least two precedents. One was the en banc resolution of Oct. 22, 1991 whereby the SC rejected open trial in the libel case filed by President Cory against columnist Luis Beltran of the Star. In that celebrated case, the SC’s decision was easy to comprehend, as the respondent was no less than the President of the Philippines and she couldn’t be subjected to trial by publicity.

Another was the 8-6 vote decision by the SC under Chief Justice Hilario Davide on June 29, 2001, rejecting a petition to allow live broadcast coverage of the plunder case against former President Joseph Estrada before the Sandiganbayan. Given the heat of the moment, following the overthrow of Estrada earlier that January, the SC wisely refused to fan public agitation further. Recall that several thousand policemen had to be stationed along the highway every time the jailed former President was brought to court.


Reasons for banning live coverage
The media appear to be divided on this issue, with some commentators batting outright for no coverage to avoid a trial by publicity, while others call for a “regulated” form of coverage according to rules defined by the SC. I personally am not for live coverage by radio and TV for a number of reasons.

First, the print media are already doing extensive coverage of the trial. Second, live coverage could exacerbate the already super-high nationwide tensions over the mass murders, sapping the national energies further and making independent judgment impossible for a judge already boxed into an extremely difficult position when she accepted the Ampatuan case. Moreover, as De Lima correctly noted, live coverage could violate the court’s rule prohibiting the witnesses from hearing the testimony of their fellow witnesses.


Issues with TV coverage
I’ve been a journalist for 28 years and I know only too well, from covering both houses of Congress, what TV coverage does to normal people, including lawyers. Recall, for instance, how the politicians went crazy when TV cameras started to grind. I think we don’t need radio and TV coverage. What we need is a trial that’s fair and just, sober and rational and devoid of grandstanding, so that judicial officials could do their job---not a circus trial that could be rendered even more artificially raucous perhaps in order to lure public attention from other problems in the coming months.

This trial could have an estimated 500 witnesses re to be presented by both sides and easily over a hundred accused; this means that it could drag on for years and interest could subside considerably. Recall how Estrada’s trial lost its verve after a few weeks, so that only the die-hards led by Ronald Lumbao would show up at the Sandiganbayan. All the more reason to go easy on media coverage.


Do you have a comment?
Email Bel Cunanan at
polbits@yahoo.com
Posted by Veteran Journalist and Relentless Advocate of Truth at 9:49 PM