Reading all the attacks that Sen. Franklin Drilon, chair of the Senate Finance Committee, has leveled at former SSS Commissioners, led by my husband, for nearly three weeks now, I am reminded of the way the “truffle pigs” obsessively hunt for truffles in temperate forests of Europe and North America.

Truffles are a certain type of fungus highly prized by gourmet chefs for pastas, pizzas and meat dishes and sauces; well-trained “truffle pigs” have developed such a good sense of smell that they can dig up these gourmet treats by from as low as three feet beneath the forests. Like the truffle pigs, Drilon comes up with figures and then proceeds to distort them, as a treat for sensationalist media. No matter how the object of his attacks argues with on-record facts and figures, he keeps dragging back the old uncorrected figures every time. In fact more inaccuracies pile up every time, so the gross figures he alleged to have been pocketed by the former SSS directors keep getting bloated.

*   *   *
SSS lawyer gets it wrong
Drilon has dug up more items to buttress his position that these GFI officials committed acts contrary to law, but again these claims suffer from infirmities. A recent news item from the Drilon committee cited a lawyer in the SSS legal department named Joselito Vivit as opining in a July 1, 2010 memo that an SSS-nominated director “is precluded from receiving and appropriating for himself the proceeds of a profit-sharing scheme and/or the grant of bonus by the company where SSS appointed, as the said share or bonus also partake (of) the nature of compensation.”

Vivit was referring to former Chair Cunanan, former President Romulo Neri and SSS Commissioner Sergio Apostol. He used as basis for his opinion a Supreme Court ruling prohibiting all ex-officio officials from receiving ADDITIONAL COMPENSATION for their services in private corporation boards (capitals BOC’s). The reason given by the SC, said Vivit, is that “these services are already paid for and covered by the compensation attached to (their) principal office.” He also cited provisions of the Government Accounting & Auditing Manual (GAAM) that stressed the need for SSS officials sitting in private corporation boards to account to their principal for funds they received in those boards.


SSS's Vivit isn't the manager of SSS's legal department
There are several curious things here. In the first place, Atty. Vivit is being passed off by Drilon’s committee as the “manager of the SSS legal department” when it’s headed by Atty. Amador Monteiro. It may have been a deliberate intent to mislead people into thinking that Vivit’s opinion is the official SSS stand. 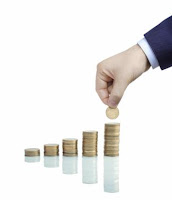 Then too, in invoking the SC ruling, Vivit's memo ignored the basic fact that SSS Commissioners led by the Chair, who direct the policies regarding pension contributions of about 26 million members in the tens of billions of pesos, DO NOT DRAW ANY COMPENSATION from the SSS. It’s the regular SSS officers who get monthly salaries, not the SSS Commissioners. The latter only draw per diems in twice-a-month Commission meetings, as dictated strictly by the SSS Charter---from P2,500 up to a maximum of P10,000 per meeting, plus a small allowance.

Insiders estimate that the total per commissioner each month from SSS could not be more than P25,000. It can be argued that the SC ruling does not apply to the SSS Commissioners. Because they do not receive salaries, arrangements have existed through various administrations to allow commissioners to sit in the boards of private corporations where SSS has equity investments.


Hangman mentality in the Senate and Congress

The result was the issuance by P-Noy of EO 7 that suspends all receipt of these “perks” until December, pending review and new policy guidelines. Significantly, P-Noy stressed in a recent interview that government directors in private corporations should receive “just compensation,” but “not excessive.” Perhaps it’s time too, to challenge these benefits before the court, to give the maligned officials a chance to defend themselves.

In my Sept. 3 blog I said Drilon seems to be waging a personal vendetta against my husband and myself, which I do not care to repeat here. But what I can see as collateral damage of his committee’s careless inaccuracies is that few self-respecting leaders from the private sector would now care to join the GOCCs and GFIs ---or anywhere in government, for that matter. If they value their good name and a hard-earned reputation of honest corporate service over decades, they would hesitate to join government, because any moment they could be subjected to such terrible attacks in the media and a trial by publicity where they are helpless to air their side.

Boo Chanco questions President's leadership
Earlier I cited the recent valid query of Star columnist Boo Chanco, until recently a ranking official of the Lopez Group, whether President Aquino is possessed of enough leadership to handle crises of even bigger magnitude than the bungled rescue of Hongkong nationals. Last Sept. 6, the Wall Street Journal published an article by Maria Ressa, one of the top officials of the ABS-CBN Network owned by the same Lopez Group, titled “Noynoy Flunks His First Test.”


"An exercise in incompetence" 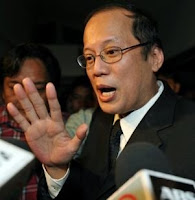 Ressa was quite critical of government’s response to the hostage-crisis, citing various examples of “an exercise in incompetence,” as drawn out in the current public hearings chaired by Justice Secretary Leila de Lima.

Ressa wrote that P-Noy “only belatedly realized the gravity of the (hostage-taking) situation” and when the hearings did little to quell public outrage, he claimed responsibility 'for everything that transpired.’ ”


Samar vs Balay factions
Decrying “the lack of national leadership,” she asserted that the bigger and continuing problem is how P-Noy can handle the infighting between two factions that play such a towering and conflicting role in his administration. These are, according to Ressa, the “Samar faction,” composed of officials associated personally with him and his family from way back, and the “Balay faction” within the LP, dominated by former Cabinet officials who sought GMA’s ouster, such as the “Hyatt 10,” and those associated with Mar Roxas.

Ressa asserted that this factionalism was very evident in the fact that DILG Secretary Jesse Robredo, a “Balay” factionalist, was stripped of his police supervision power which was given to P-Noy’s personal friend and “shooting’ buddy, Undersecretary Rico E. Puno.


"I am not capable of handling hostage situations."
At the hearing Puno had to admit that “I am not capable of handling hostage situations. I am not trained to do that.” Frankly, I also cannot see why P-Noy chose to split the two main responsibilities of the DILG Secretary---supervision of the local executives and of the police--- when since time immemorial they were fused in one official. In addition to being P-Noy’s personal friend and shooting buddy, there are reports that USEC Puno was in the business of supplying firearms and ammunitions to the PNP prior to his appointment to DILG. This fact alone should make the firm supervision of the police most difficult for him.


Criticism from the Noynoy Aquino Network
The questioning article by Ressa in WSJ, like Boo Chanco’s piece in Star, is quite significant because she led the giant network in assiduously promoting the candidacy of Noynoy Aquino; in fact during the campaign envious rival candidates’ camps often called it the “Noynoy Aquino network.”

But the factionalism that Ressa referred to is not unique to this administration. During the time of President Cory Aquino, there was so much tension between the so-called “Council of Trent,” (a term which then Executive Joker Arroyo used to baptize the group of business and church leaders so influential on Cory Aquino) and his group of human rights lawyers that included Rene Saguisag and Fulgencio Factoran, as well as the younger TeddyBoy Locsin. A third faction was the “Kamag-Anak, Inc.” led by the Sumulongs and Cojuangcos, which operated behind the scenes and gave Cory a lot of headaches. 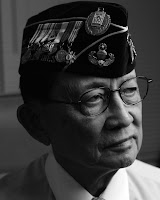 Factionalism during previous presidencies
In the time of Fidel Ramos, factionalism was almost non-existent, although there were more retired military who joined his government than in the Cory era. This was probably due to FVR’s forceful grip on the presidency. In Joseph Estrada’s time two distinct factions clashed: the midnight buddies such as Atong Ang and Chavit Singson, and the professional group led by Aprodicio Laquian, Erap’s brother-in-law, the late Dean Raul de Guzman and Titoy Pardo. In GMA’s long rule, the faction of First Gentleman Mike Arroyo was widely-talked about as cornering some big deals. But no bigger rift could there be than between Hyatt 10 and those who stuck to GMA until the end.

Do you have a comment?
Email Bel Cunanan at
polbits@yahoo.com
Posted by Veteran Journalist and Relentless Advocate of Truth at 11:36 PM