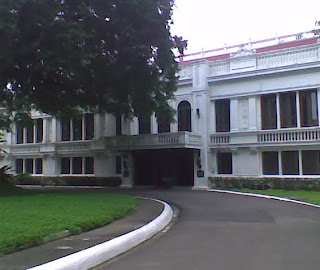 A week ago media reported the creation of a new palace communications team with several high-powered, veteran media personalities at the helm. From all appearances it’s the most elaborate media set-up in any administration since Edsa. The team is expected to handle various facets of the presidential communication needs, presumably to better connect the President with the people. It’s obvious that the Aquino administration aims to prevent the alienation that the Arroyo administration had suffered, largely due to its failure to counter scandals through a more effective “messaging” and more efficacious use of government media facilities.


After this new team was formed, a friend texted me, “I don’t know why there is much ado about the formation of a palace communications group. Why, is the Palace in crisis?” Indeed, the media team’s launch was preceded by a crisis: Memo No. 1 that sought to declare vacant all top posts in government corporations. Soon after, there was the media leakage about how the newly appointed Customs chief had cheated in a prestigious golf tournament and is barred from playing in the club course for six months. 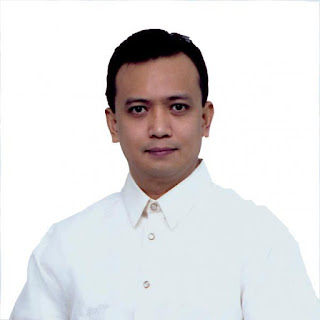 The current controversy over President Aquino’s “personal” opinion about detained Sen. Antonio Trillanes III is the most recent crisis in the Palace and swift action is demanded from his media team. The way he tends to be so candid about sensitive issues, without giving them much thought first, I can imagine that his media team would be busier doing damage-control than projecting his cultivated image.

The latest imbroglio happened when P-Noy ordered Justice Secretary Leila de Lima to review the coup charge against Sen. Trillanes, now pending before the Makati RTC, because he felt the rebel officer’s action didn’t qualify under the requirements of a coup d’etat, as defined by the Revised Penal Code (assaulting a hotel, he said, did not seem to fall under the specs of a coup). But P-Noy was careful to stress that he was voicing his personal opinion.

My immediate reaction was that there’s no such thing as a “personal opinion” when it comes from the President. Sen. Joker Arroyo put it very well when he opined that “every word of the President, formal or informal, is a statement of policy” and thus “cannot be classified as a personal opinion. The President is President every second of the day.” One might add that because of P-Noy’s limited contribution to substantive thinking in Congress, his pronouncements now as President, especially on sensitive matters, have to be constantly checked out by his lawyers and the media team, while he’s learning the ropes of the presidency. P-Noy’s pronouncement on the pending coup d’etat case was read by some of his former Senate colleagues as interference with the civilian and military courts. Some questioned its timing: was it timed to line up Trillanes’ vote for Sen. Kiko Pangilinan, P-Noy’s candidate in the fierce Senate Presidency fight against Manny Villar?

I worry about the confusion that his “narrow” interpretation, as my former Inquirer colleague Amando Doronila termed it, of what constitutes a coup d’etat could create among the military. In July 2003 the vast majority of the soldiers treated Trillanes’ Oakwood caper as exactly that---a caper. Would they still regard it as such if the Commander-in-Chief says that the punishment meted to the rebel leader was “unjust?” Confusion in concepts and principles is the worst enemy of the military. 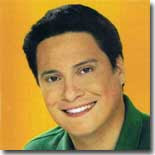 But now it has moved to center-stage. After the May 2007 mid-term elections, Zubiri was proclaimed the 12th senator, and Pimentel came in as the losing No. 13. Koko filed a protest with the Senate Electoral Tribunal (SET) on July 30 that year, questioning the results from 2,658 precincts in seven provinces all in Mindanao. Two weeks later Zubiri filed his counter-protest, identifying a much larger base of 73,265 precincts, mainly in Luzon, but including also the 2,658 precincts questioned by Koko.

Following SET rules, the protagonists were made to identify 25 percent of the precincts they regard as the most suspicious, as their “pilot precincts” to undergo “revision,” i.e., opening of the ballots. Koko identified 664 precincts mainly in Maguindanao, while Zubiri identified 18, 316 precincts scattered across Luzon. On June 17, 2008, nearly a year after Koko filed his case, the SET declared that the election in certain pilot areas he had designated “was characterized by proven irregularities” and he had “prima facie valid cause for action.” And since there was reasonable ground to believe that the official results for the 12th senatorial slot could be affected, the SET ordered that the revisions in Pimentel’s remaining 75 percent contested areas be continued .

On June 25, 2008, Pimentel filed a motion to dismiss his opponent’s “sham counter-protest” but the SET denied it, thus paving the way for revision in Zubiri’s pilot precincts, which took six months to finish. Based on findings, said the SET, Zubiri also has a “prima facie valid cause to pursue his counter-protest,” and last June 4, the SET ordered the revision of his 75 percent remaining precincts.

Senior Associate SC Justice Antonio Carpio, who chairs the SET, dissented from the majority opinion of seven senator-members and Sen. Pia Cayetano concurred with him. Carpio argued that the majority did not support with evidence its claim that more than 50 percent of the revised ballots were spurious; he cited as example that spurious ballots constituted a mere 2.2 percent of total contested ballots in the Metropolis and Batangas and Bulacan, and other areas reflected similar minuscule findings. Carpio argued that SET rules allowed the tribunal to dismiss “baseless” protests and that the results of the initial revision of the 25 percent pilot precincts of Zubiri disclosed that his “net recovery of votes” does not justify the continuance of the expanded revision, as this could take more than six years.

Carpio’s arguments about the projected insignificant votes and the length of time needed for the entire revision of Zubiri’s contested precincts are the very arguments Koko latches on.. Koko said he was able to “recover” 257,401 votes from revisions of his 2,658 protested precincts, whereas Zubiri only has a maximum projected net recovery of 45,742 votes from his contested 70,607 precincts. He also expressed fear that since SET took almost three years to examine the ballots in his pilot precincts and those of Zubiri, it would take infinitely longer to process the 75 percent. By then, argues Koko, his chance to occupy the Senate seat he claims to have won would be overtaken by the 2013 elections. I can see Koko’s point. The SET clearly acted along partisan lines, which is unjust.

Do you have a comment?
Email Bel Cunanan at
polbits@yahoo.com
Posted by Veteran Journalist and Relentless Advocate of Truth at 1:57 AM