Two protest cases will be watched with great interest because of their far-reaching implications. One is the protest case filed in the Comelec by former Manila Mayor Lito Atienza against chief rival Alfredo Lim. The other protest case scheduled to be filed today, the last day for filing, by losing LP vice presidential bet Mar Roxas before the Presidential Electoral Tribunal is against Vice President Jejomar Binay. While the Atienza case is strictly local, it acquires a national significance because it involves the capital city.

Atienza asserts that given the support of the Iglesia and El Shaddai, plus the popularity of former President Estrada under whose banner he ran, he would come out clearly the winner if the ballots of Manila were to be opened. The Comelec has approved his petition to this effect but Lim has filed a motion for reconsideration.

The case of Mar Roxas, which is being handled by lawyers of “The Firm,” has taken some time since the press conference a month ago, during which LP campaign manager Butch Abad and lawyer Joey Tenefrancia graphically detailed how all the “null votes” strangely got concentrated in Mar’s bailiwicks. In fact I thought Roxas wouldn’t file anymore and just sit out the one-year prescription period against an executive appointment, in the meantime continuing to act as de facto chief adviser of President Aquino until he could get back the Department of Trade post he held in the Estrada and Arroyo governments.

Both the Atienza and Roxas protests recognize the incursion of electronic fraud in the recent elections. But informed sources say that the most significant thing about Mar’s protest case is that, as he lost no time announcing, it carries the approval of President Aquino. 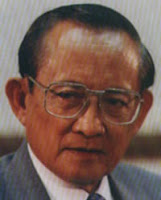 It’s a given that election protests take a lot of time (recall how Miriam Santiago’s protest case vs. Fidel Ramos was overtaken by her candidacy for senator in 1995) and money (Loren Legarda had to content herself with choosing precincts where she thought she had a chance, instead of virtually the whole country). Will Mar do a Miriam and abandon his protest to run for the Senate and top it in 2013, to position himself for 2016---with Noynoy’s blessing? But there will be VP Binay from hereon, with his own unblinking design on the plum prize in 2016 and a superior machinery that had lulled his arch-rival into complacency at first.

The more interesting facet of the Roxas protest, however, is that with President Noynoy’s blessing on it, it pits the two of them vs. VP Binay in the political arena. As a pundit put it, guerra patani ito. 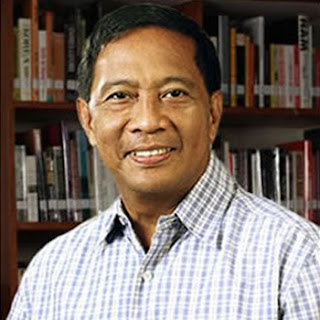 Already the Aquino-Binay relationship had been strained almost since the time they won. The VP had openly lusted after the DILG post, but once rebuffed by Aquino (reportedly due to the objections of Mar), he then refused to consider any post at all, despite the admonition of his former principal, ex-President Joseph Estrada, that he join the government. The Roxas protest strains that relationship even further and could distract the President from concentrating on the nation’s myriad problems. In fact it could keep Aquino off-balance.

An indication of how distant the relationship between our top two officials is the grapevine talk that Binay might hold office in his longtime fiefdom, the old Makati City Hall (reports say the Coconut Palace in the Cultural Center area is being offered to him as his residence, but so far there has been no confirmation of this news or a reaction). Time was when the Vice President of the land used to hold office in the same Malacanang compound as the President. This was true, for instance, of VP Emmanuel Pelaez, who used to hold office at Kalayaan Hall across from the flagpole, until his break with President Diosdado Macapagal over the issue of his “borrowed honor,” causing him to show up there less and less. In the Marcos regime Malacanang became the exclusive domain of the President and since then the various VPs held office in the monstrous PICC. Binay seems bent on breaking that practice.

Incidentally, reports reaching media say that new Makati Mayor Jun-Jun Binay, the VP’s son, has padlocked the old vice-mayor’s office in City Hall, leaving new Vice Mayor Romulo “Kid” Pena, who comes from the rival NP, with only a small room as his office. Doubtless feeling insulted, Pena has decided to hold office in the garage of his home and plans a press conference there. One wishes our officials would stop acting like children.

But the question of where the new Makati Vice-Mayor is to hold office is a small issue, compared to straightening out the finances of the country’s financial capital. After the elections, media learned that Landbank is running after the city for some P3.5 billion, while the BIR is after the city treasury for P1.6 billion after Makati lost in the Court of Tax Appeals. The question is, what explanation does the former mayor, now the Vice President, have to offer on this financial predicament?

President Noynoy may have no choice but to rescind the appointment of Angelito A. Alvarez as the new Customs Commissioner, if his primary campaign promise to weed out corruption (“Kung walang corrupt, walang mahirap) is to be lived. Talk swirled over the past few days in dinner and cocktail circuits about how Alvarez was meted two punishments, after it was discovered that he and his three other co-player in the flight had bloated their real scores during the prestigious “Mango Tee” golf tournament last February at the posh Alabang Golf & Country Club. The corporate account of Alvarez and a companion will be suspended for six months, and they are barred from joining the tournament in the next five years. In his defense Alvarez was quoted as saying he was there just “to enjoy the game” (and presumably not feel bound by the tournament rules), but the impression fellow players got was that the participants’ finagling of their scores was not accidental. The publicity that ensued might deprive Alvarez of the ability to perform his job credibly in one of the most sensitive posts in government.

Do you have a comment?
Email Bel Cunanan at
polbits@yahoo.com
Posted by Veteran Journalist and Relentless Advocate of Truth at 11:30 PM