Poverty in the City 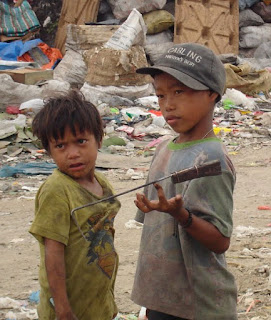 Tomorrow afternoon, in his first State of the Nation Address, President Aquino is expected to tackle, among other issues, the poverty in this country and how the nation can go beyond his campaign slogan of “Kung walang corrupt, walang mahirap.” Media reported yesterday that he will talk about a couple of “shockers” and “landmines” in the way his predecessor, now Rep. Gloria Macapagal Arroyo, had allegedly mishandled the budget during her watch. But beyond the “bombas,” the people also expect to hear from the new President concrete steps on how he hopes to feed the people, put permanent roofs over their heads and give them jobs---in other words, to spell out the roadmap of economic and political recovery in the next six years. Listen as Dr. Jose V. Abueva, former UP President and now Kalayaan College President, discuss the essence of a SONA and hopes for charter change as P-Noy’s legacy, with Cecile Alvarez and me in our regular program tonight at 8 pm. over dzRH. 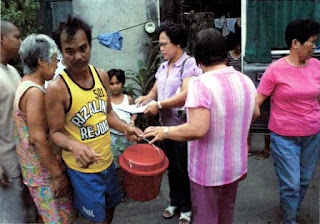 This columnist has had her own close encounters with poverty in so many different ways over the years. Much of my experience stems from my longtime volunteer work with Erda Foundation, which was set up in 1974 by the Rev. Fr. Pierre Tritz, S.J. The French-born but naturalized Filipino priest will celebrate his 96th birthday this coming September, with the distinction of being perhaps the oldest living and still working Jesuit in the world.

Tritz set up Erda Foundation to help children in very poor families across the country remain in school or return after having dropped out, by giving them support such as their school materials, transportation expenses, and uniforms. In addition, social workers keep track of the students’ families, to help spot problems that could affect the kids’ attendance in school. Every year Erda helps nearly 30,000 schoolchildren from the elementary and secondary levels from becoming drop-out statistics. 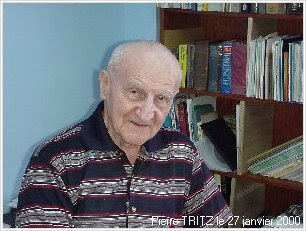 In the early ‘90s, Tritz set up Erda Technical-Vocational High School to help prepare train young people from very poor families in various skills, so that they could cash in on the advent of industrialization. Erda Tech provides its students full scholarship, as well as transportation assistance on a need-basis, but one of our persistent problems has been hunger in the school. It used to puzzle school authorities that so many students would be rushed to the school clinic with fainting spells, until they realized that the kids were hungry. It turned out that in very poor families, children would alternate in eating breakfast---me today, you tomorrow, and so on. It’s hard to believe, but true.

Board members campaigned for donations of foodstuffs (among the consistent donors was my sister-in-law, noted interior designer Sonia Santiago-Olivares, who regularly sent a sack of rice). A feeding program was begun for those in need which helped reduce incidents of fainting. Last schoolyear, Erda Tech formally started what it calls a “Lunch of Love,” with 50 needy students accommodated daily. My husband, as SSS chair, had donated P250,000 to this program and this year, as outgoing chair, he again gave the same amount (each member of the SSS Commission is given half a million pesos to donate to feeding programs of schools of his choice). The turnover last Friday morning was witnessed by Erda President Tritz, school principal Jane Natividad and other school officials, SSS VP for public affairs and special events Marisu Bugante, as well as the 50 student-beneficiaries and some parents (the other half of Chairman Cunanan’s feeding donation will be turned over tomorrow, Monday, to the Pulupandan Elementary School in Negros Occidental, which he once attended).

Principal Natividad, who had served as Grade School principal at the uppity Xavier School in Greenhills until deputized by Xavier President Fr. Johnny Go, who also chairs Erda Foundation, spoke of the tremendous impact of the “Lunch of Love.” It reduced absenteeism. It cut the drop-out rate of 47 two years ago to only 17 last schoolyear, tardiness from 100 to only 10 and repeaters from 34 to just five. Because the students didn’t have to worry about having baon, they could focus on their studies.

A mother of a student beneficiary, Ms. Reynalda Iguiron, was asked to give a few remarks. With tears she confessed how tough it is for her kids to cope with even just having a baon in school especially since their father had met an accident at the NLEX and couldn’t work. Whenever she could, she’d give P20 each to her children, from which they had to get their transportation and food money. Many times, however, there was no money, or at times the food money had to be used to buy school needs, e.g., to replace a lost ballpen. This meant enduring hunger pains throughout the day. If there was no baon, her kids didn’t want to attend school; “nahihiya,” she said. Reynalda was profuse with thanks to SSS for Erda’s “Lunch of Love” as now her one child in that program was assured of a meal in school. We called for her son, Salvador Maynard Iguiron, a second-year student, afterwards and he looked quite neat and snappy in his uniform. One could not tell of the intense struggle within his family to meet daily needs.

Many civic organizations such as the Rotary Club, Jaycees and Lions are always looking for worthy projects to adopt. I would strongly recommend a similar feeding program in public schools in the depressed areas. This is an investment in the future of our young people. I’d also recommend that they stop giving wooden or plastic plaques to guest speakers as these are absolutely useless. It’s better to pool the money for such tokens and after three months, they’ll have a substantial amount to donate to feed hungry students.

Do you have a comment?
Email Bel Cunanan at
polbits@yahoo.com
Posted by Veteran Journalist and Relentless Advocate of Truth at 9:29 PM