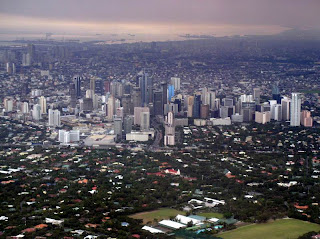 Congratulations to Meralco. The entire metropolis was out of power starting midnight of Tuesday, as Basyang began whip-lashing it with powerful winds and rains until the wee hours of Wednesday; but by afternoon some areas already managed to get back their power. We were sustained by a generator for two nights, but by mid-morning yesterday, Thursday, power was back in our household, though some other areas still had to get theirs as this column was being written. By and large Meralco was efficient.

I failed to inquire if the Sofitel Philippine Plaza Hotel, the venue for the French Embassy’s Bastille Day reception last Wednesday evening, was on generators or Meralco power. Because the weather had vastly improved or people wanted to escape the heat of their powerless homes, the usually well-attended annual French reception was exceptionally deluged that night, so that the Sofitel Tent ran out of food and wines!

But I cannot also help but note that the fare served at this year’s Bastille Day reception was not the usual bountiful feast for which the French Embassy was famous in past years. Doubtless they were commiserating with the Euro-Zone’s various economies that are in dire straits. Though the French economy is faring better than those of the “PIIGS”countries (Portugal, Italy, Ireland, Greece and Spain), its budget deficit has to be carefully watched; moreover, French banks are heavily exposed in the current Greek financial meltdown.

As for the Spaniards, their glorious victory in the World Cup in Johannesburg is desperately-needed adrenalin for a worrisome economy, whose deficit jumped to more than 11 percent of GDP last year; as Time Magazine pointed out, if private indebtedness was thrown in, then Spain’s total debt rises to 232 percent of GDP---higher than Greece’s. Indeed our budget deficit of 4 percent of GDP looks angelic compared to those in the Euro-Zone. 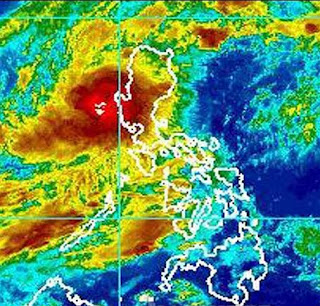 President Aquino properly scolded Pagasa for predicting wrongly that Basyang would hit Northern Luzon, but it should be noted that even the US Joint Typhoon Weather System was also off-track, though not as bad as Pag-Asa. I recall that Pagasa had a couple of off-mark forecasts in recent years. Most notable was Ondoy of Sept. 26, 2009, which dumped the heaviest rains in Metro Manila in 180 years! From time to time Nature playfully throws off the scientists, but unfortunately, Pagasa Chief Prisco Nilo always gets it in the neck for those aberrations.

I interviewed this low-key bureaucrat soon after Ondoy. I find him quite hard-working and dedicated, and we should be thankful that he’s sticking around, when his more visible and voluble colleague, Nathaniel Cruz, had already gone to Australia for an infinitely better-paying job. The Standard pointed out that in Pagasa, Cruz was receiving P910, 000 a year in salary and allowances; whereas in Australia he gets the equivalent of between P1.9 million and P2.8 million annually.

Low salaries have afflicted the weather bureau for years, causing such brain-drain that now only 14 forecasters remain. We can no longer debate the aching need to upgrade the salaries of our technical people.

In addition, Pagasa needs new and better equipment and upgrading of existing ones, if the agency is to be at par with its counterparts abroad. Various foreign governments, notably the Japanese government, have been helping in the upgrading program, but we Filipinos have to be more self-reliant. Our country also has to continuously invest in the training of Pagasa personnel in the advanced sciences in reputable centers abroad, which could be part of an aggressive government-to-government program. 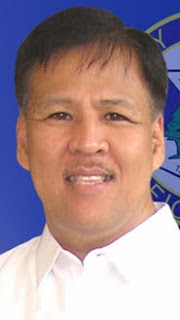 I like new DILG Secretary Jesse Robredo’s idea of equipping local government units with forecasting facilities; this could be especially pushed in typhoon-belt areas such as the Bicol and Eastern Visayan provinces. LGUs could negotiate loans for these facilities in proper bidding, or funds could be sourced from the pork barrel funds of House members. They should move away from superfluous projects (after all, how many basketball courts, drying pavements and waiting sheds can an area use every year?) or graft projects disguised as foundations, in order to keep their communities safer with typhoon-coping facilities. Such investments would push community self-reliance and involvement. 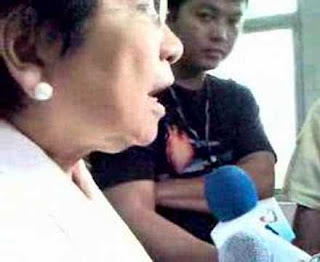 President Noynoy’s appointments register pluses and minuses. One plus is Loretta Pargas-Rosales as chair of the Commission on Human Rights. Our country is one of the few in the world with a constitutionally-created agency to investigate “all forms of human rights violations involving civil and political rights.” Because of notoriety of the Philippines in this field in the Marcos and later the Arroyo regime, the CHR has been the cynosure of world attention. Etta is not a lawyer but a foreign service graduate of the UP (under the Constitution majority of the CHR’s five members must be lawyers), but her performance in the House in her three terms as Akbayan representative had created an impact that assures that the CHR will make a strong stabilizing presence in society.

This fact, however, may be a problem, for Etta will find herself working with another high-powered lady, Justice Secretary Leila de Lima, and the perception in some quarters, perhaps including some sectors of the military, could be that their new partnership would be too militant for comfort. De Lima at times has a tendency to shoot her mouth off without proper thought, seemingly for the benefit of the activist crowd. For instance, a day after two activists were slain in Masbate and Nueva Ecija, she readily pinned it on the military. I trust that Etta Rosales, daughter of an Annapolis-trained Navy commodore and steeped in mass movements of various stripes and hues, and in civil society and LGU involvements, could be more balanced in her role as CHR chair.

The appointment of three-term party-list Rep. Joel Villanueva, son of religious leader Eddie Villanueva, who was a rival of LP candidate Noynoy Aquino for the presidency, as director-general of TESDA merits mixed reviews. In the House Joel, as representative of the Citizens’ Battle against Corruption (CIBAC), ran on a platform of integrity and was minority representative in the Commission on Appointments and active in the impeachment hearings vs. GMA. His battlecry, if real, should serve him in good stead in Tesda where top officials have always faced corruption charges. But I’m not sure Joel has enough experience to grasp the strategic role that Tesda should play in developing the manpower requirements of the country in an industrializing economy. Properly pushed, Tesda could empower the poorer youths with the training and development needed to become productive citizens in such an economy.

Do you have a comment?
Email Bel Cunanan at
polbits@yahoo.com
Posted by Veteran Journalist and Relentless Advocate of Truth at 12:28 AM