Conflict of interest in Abad situation

Manager and new Budget Secretary Florencio Abad does not stem from the fact that they come from a small but beautiful province with a voting population of 10,000. Cagayan de Oro Rep. Rufus Rodriguez exploited that angle, arguing that while there are two Abads in the Cabinet and another Abad who will sit behind his Secretary during Cabinet meetings, the huge island of Mindanao only has one representative in the Cabinet---Neda Director-General Cayetano Paderanga, who hails from tiny Camiguin.

It’s not even that the Abads are not qualified for the Cabinet posts they occupy, for they lost no time reminding the public that they all are qualified. Rather, the protests about the multiple appointments of the Abads stem from the fact that all of them are thrust suddenly into positions that can have enormous influence on the national allocation and spending, and which could involve conflicts of interest.

Budget Secretary Abad’s daughter Julia Abad Parker is the director-general of the Presidential Management Staff, a very powerful office that has a lot of say on how the President's P1 billion pork barrel will be spent. In addition, her husband, Andrew Parker, is a senior rural development economist for the Philippine office of the World Bank, a major multi-lateral lender to RP. A second child of Abad, Luis, is the chief of staff of Finance Secretary Cesar Purisima, who also heads the Monetary Board. Abad’s wife, Rep. Henedina Abad, has been assured by incoming Speaker Feliciano Belmonte that she will be the senior vice-chair of the very powerful House Committee on Appropriations, which will be chaired by Cavite Rep.Joseph Abaya.

Henedina Abad will use one of the three vice-chair entitlements of the LP as dominant party in the Appropriations committee. To be sure, there are about 20 vice-chairs in this “mother committee” for which representatives claw one another to get. But imagine the situation where the wife of the Budget Secretary sits in the committee that will hear out and dissect the national budget prepared by her husband. It's easy to see the possible danger to the check and balance between the two departments of government zealously guarded by the framers of the constitution, and perhaps embodied in a sentence in Sec. 25 of Art. VI on the “Legislative Department” that reads “The form, content, and manner of preparation of the budget shall be prescribed by law.” Even if the conflict of interest could be more in the mind, why does Rep. Abad not get another committee? The administration would benefit from the moral superiority of such move.

To be sure, the Singsons outnumber the Abads in government, for at latest count there are 13 of them! But the difference is that there’s only one Cabinet member among them, former Maynilad Manager and now DPWH Secretary Rogelio Singson. The rest of the Singsons were elected in the last elections, among them Gov. Chavit Singson of Ilocos Sur; his son, second-term First District Rep. Ronald Singson of that province; newly elected Second District Rep. Eric Singson, Jr., who replaced his father, former Rep. Eric Singson Sr., Chavit’s second cousin; Mayor Geraldine Singson of Cawayan, Ilocos Sur, Chavit’s youngest sister, and Vigan Mayor Eva Marie Singson Medina, daughter of Chavit’s oldest brother Evaristo.

Some media argue that new Customs Chief Angelito A. Alvarez (known in business circles as AAA) should be allowed to continue in that job despite the scandal that surfaced soon after his appointment, showing that he and his fellow club member had cheated in their golf scores. But there’s a group just as vocal in asking President Aquino to let Alvarez, who was formerly connected with the Lina Group, to be returned to the private sector. 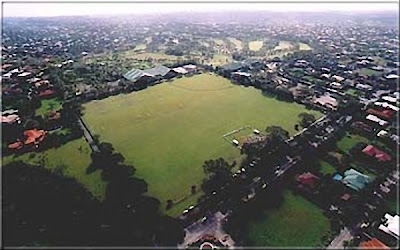 The annual six-day Mango Tee golf tournament sponsored last February by the posh Ayala Alabang Golf & Country Club saw Alvarez and flight buddy Paul de la Cruz, a former SGV executive who became finance officer of the Razon-owned ICTSI, declared champions of Class C, after having come out with almost perfect scores for the two days that they played in. Tournament rules hold that if one’s ball lands within 18 inches of the hole, it’s a “gimme,” i.e., no extra stroke is needed to drive it in. And since golf is won by having the most minimal strokes, they saved some and their scores astounded everyone, since Class C members are not known particularly for their prowess.

The Club’s golf committee decided to investigate, first the four caddies who had serviced Alvarez and De la Cruz and their two guests, and then the players themselves. The fact-finding took six months, during which it was learned from the caddies that the flight members had manipulated their scores to make it appear that they scored remarkably well within the 18-inch radius, even if this was not the case. The caddies were fired for having allowed this serious irregularity, while Alvarez and De la Cruz were suspended from playing in the course for six months and are barred from participating in the tournaments for five years. De la Cruz also resigned from Group 515 within the Club, and was terminated by ICTSI, whose membership card he had used in the tournament. It must be noted that terminations of jobs were made in the private sector, but ironically, Alvarez is being retained by President Aquino at Customs, despite the serious cloud over his integrity and honesty.

A booklet on golf etiquette declared that “Honesty is not just something that we practice in life for the sake of convenience. As in pregnancy, there are no degrees of honesty. One cannot be half pregnant and half honest…Cheating, on the other hand, is defined as the deliberate intent to deceive. It is by no means an oversight, an accident, or a simple misunderstanding of the Rules. Thus, a charge of cheating is very serious and must be dealt with sternly.” Amen.

Do you have a comment?
Email Bel Cunanan at
polbits@yahoo.com
Posted by Veteran Journalist and Relentless Advocate of Truth at 11:01 PM