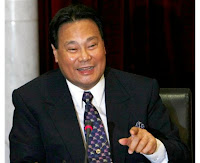 I surmise that Corona must have weighed on whether to attend the event or not. It will be recalled that even before the CJ could be appointed by former President Gloria Macapagal Arroyo, the President-elect had already been quite vocal in not recognizing him. He mulled taking his oath before a barangay captain in his native Tarlac, as a complete foil to the traditional custom of swearing before the CJ. Later, however, when told that his intention has no legal basis to stand on, Aquino decided to take his oath before Associate Justice Conchita Carpio-Morales, who had been vocal in her dissention to the majority decision authorizing President GMA to appoint the CJ. 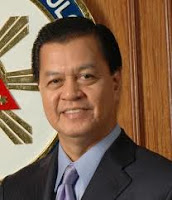 All these happenings, however, did not seem to matter with the new CJ that inaugural morning, as he took his seat between outgoing Vice President Noli de Castro and reelected in the grandstand’s VIP row. It was a class act of Corona to show up despite not being recognized by Aquino and the fact that a long line of officials of various levels awaited him to swear them all that day. It was not a class act for President Noynoy, however, to ignore the presence of the CJ or even to refer to the justices of the SC present merely as ”members of the Supreme Court.”

Interviewed later Corona said he attended the inauguration to show his respect for the Office of the President as an institution. He gained stature in so doing, whereas forAquino it was a minus. When will the impasse between the two branches of government be resolved?

So early in his presidency, Mr. Aquino has already made a number of faulty decisions and his advisers ought to be forewarned about such episodes gaining frequency, less the impact of his huge mandate, the biggest in our contemporary era, be eroded. He obviously needs to process his pronouncements more and not shoot from the hip.

First was his pronouncement about not recognizing the SC Chief; ultimately this will trigger an unwelcome crisis between the two co-equal branches of government. Then came his order that all government executive positions occupied by presidential appointees be declared vacant by last June 30, and that the most senior career official take over in an acting capacity until the right official is appointed. The following day that order had to be amended to include only officials up to the third level, and the others were told to stay put until the end of July.

Then came the issue of the “wang-wang” (now President Noy is being called “President Wang-Wang” in some segments). In his inaugural address he told the people: “Have you had to endure being rudely shoved aside by the siren-blaring escorts of those who love to display their position and power over you?” He said he suffered that experience (when? As congressman or senator?), so that in his second day in office he decreed: no more sirens, counter-flows or beating the red light for the presidential convoy. His move was quickly hailed by populist elements, but the result was that Aquino was late for a couple of appointments.

The President should realize that the reason the law allows the four highest officials to use the wang-wang is that their time is precious---they carry more load than us ordinary mortals. But first and foremost is the need to secure the President: it just isn’t safe for him to wait in traffic. And should, heaven forbid, some crazy nut attempt something, many innocent people could also get hurt.

In her recent Inquirer column titled “Fixated on Mar Roxas,” Noralyn Mustafa lamented the open display by President Aquino of attention on his defeated running-mate even after the elections. Noralyn recalled how Aquino had promised to let Mar handle 80 percent of the workload should he become president (I opined in my Inquirer column at that time that Noynoy seemed ready to abdicate the functions of the presidency to his runningmate that early) and how after the elections, Aquino had said Mar was to have “unlimited access” to him and be his “alter ego.” Noralyn decried how Mar hovered like a “guardian angel” during foreign VIPs’ calls on Noynoy and how he led the screening team for prospective appointees and “checked in” on Noynoy hours before the inauguration. Finally, a day after the event, Mar filed an electoral protest against Binay, making sure, however, that the world knew it had the approval of the President. 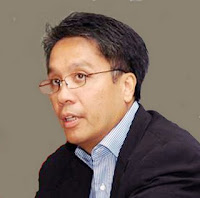 In fairness to Mar Roxas, however, it’s not as if he’s asserting himself with the President. The fact is that it was Noynoy who would constantly invite Mar to come over to his residence especially in the days immediately after the elections, when he was still feeling his way around; or he would motor to the Roxas compound in Cubao. The two had become quite close during the campaign and it’s no secret that the Roxas family shouldered a good deal of the early campaign expenses, while Noynoy was still stabilizing his candidacy. But once it took off, enormous funding rolled into the LP coffers from the business community; in fact some pundits opine that the party coffers could have ended up richer by even as much as P1 billion afterwards.

Besides, it’s no secret that Vice President Jojo Binay had abandoned his principal, Joseph Estrada, halfway through the campaign and worked for Aquino, with the collusion of some of the latter’s relatives. These facts alone may explain why the new President has been reaching out to Mar Roxas now, more than ever, but the vast implications of the latter's protest against VP Binay on the current power structure has to be studied.

President Noynoy has vowed to stamp out corruption in our society. How about this for starters: senior citizen purchase cards have been selling briskly at a surreptitious office in Makati City Hall at P1,000 a piece, no matter if the buyer is below senior age. By the time the VAT exemption is added to the 20 percent discount of medicines and restaurants, thus fixing total senior deductions at 30 percent, informed sources say those cards could sell for as much as P5,000 a piece.

Posted by Veteran Journalist and Relentless Advocate of Truth at 5:10 PM