Can P-Noy shield mega-projects from corruption?

President Noynoy’s first SONA raised problems that he said his three weeks in office had discovered in the Arroyo administration, such as the alleged fiscal mismanagement, excesses of rice importations last year, GMA’s lavish spendings on her district and the extravangance of the MWSS board. But because the media had hyped these “horror tales,” by the time he raised them, they had lost much of their sting. 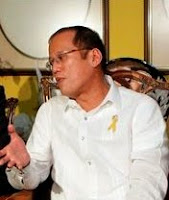 Unlike his mother’s SONAs that loved to indulge in lofty, over-arching thoughts, P-Noy’s was sans frills and business-like, addressing “his boss,” the people, entirely in Filipino. In the first part devoted to alleged sins of the past regime, Aquino disclosed that so little was left of the P1.3 trillion national budget for this year; but this left listeners confused about whether this meant little money actually left in the national coffers, or was it because certain sums were already “obligated” (set aside but not yet disbursed) by the old regime to cover such items as funding for GMA’s public works projects, and salaries for bureaucratic offices and even congressional porks for the first regular session of the 15th Congress?

In the next few days pundits would be mining the SONA for political nuggets. But one thing that struck me was P-Noy’s plan to launch mega-infrastructure projects on joint private-public partnerships, such as a road network from Manila all the way to Cagayan Valley. He also spoke of plans to transfer military camps in the metropolis and lease their lands for added revenues. But I seem to recall a stipulation that Camp Aguinaldo is to revert to its original owners, the Ortigases, who would develop its vast lands themselves, in case the military moves out. Then too, I hope P-Noy’s government can control the vast corruption that has always haunted mega-projects in past regimes. More on the SONA. 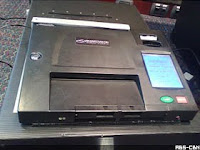 Before the nationwide automated elections recede into the distant past, allow me to bring up salient points in the committee report on the electoral fraud hearings conducted by the House Committee on Suffrage and Electoral Reforms. Recall how the nation hang in tight suspense four days before the elections, when Comelec and Smartmatic announced they would recall, reconfigure and redeploy all 76,000 plus compact flash cards nationwide because of inexcusably defective configuration. Smartmatic immediately owned up to the mistake and said it would make the appropriate delivery of the corrected cards nationwide, in time for the elections.

Many citizens and organizations such as the CBCP panicked at the possible failure to do so, but that problem proved to be only the beginning of a post-mortem marked by glaring defects in the automation election system (AES) put in place by the Automation Law, RA 9369. When the election results began to trickle in within hours after the polls closed and were finished in many places the following day, it seemed that the AES was worth it after all, as cheating was minimized.

But within days after the elections complaints of irregularities surfaced from House members, prompting Speaker Prospero Nograles to call public hearings. Committee chair Teodoro Locsin, who had sponsored RA 9369 assiduously for two years, conducted ten hearings and led an ocular inspection of the Smartmatic Cabuyao office, assisted by Reps. Mat Defensor, Pedro Romualdo and Rufus Rodriguez. The long-drawn out hearings often tested the patience of both presiding officers and complainants, and the most colorful instance was when Locsin released unprintable expletives against the Smartmatic guys for deluding him into believing that the AES was fraud-proof.

Among the common complaints that surfaced were Comelec’s decision to discard the board of election inspectors’ digital signatures and the use of infra-red lamps, two security measures embodied in the Automation Law; the discrepancies between time and date stamps in audit logs that showed voting outside voting hours and before or after May 10 (as manifested in ballots from some precincts in Manila, now the subject of Joselito Atienza’s protest against Alfredo Lim), the poor quality of ballot paper, and many other failings of the AES.

But more interesting than the oral testimonies was the section of Locsin’s report on “observations, conclusions and recommendations.” He concluded that on the national level the automation wasn’t really material as the winning presidential candidate’s lead “was so wide as to defy defeat in any kind of election, be it manual or automated…” He noted the observation of some experts that for automated cheating to affect the presidential race, enormous amounts of talent, manpower and organization similar to Smartmatic’s operations must be mounted. But he conceded that “Automation’s advantage clearly figured in the tighter VP race” in that there was less to complain about (he concluded too early that none of the losing national candidates filed a protest;” a week later Mar Roxas filed to open the votes in his bailiwicks that showed phenomenal abundance of null votes).

Locsin opined that cheating was easier to resort to at the local level (one of the most remarkable cases was the mass defeat of former Gov. Ace Barbers’ entire line-up), but this claim would surely be disputed by anti e-fraud groups who believe that with the right resources it could be pulled at the national level too. Locsin admitted, however, that in e-fraud “speed merely made cheating too fast to see, pre-shaded ballots impossible to distinguish from legitimately shaded ballots, and the rest of the electoral process concealed by technology from the public eye.”

But the more serious part of his report was his assigning blame for the electoral mess unmistakably on the doorstep of Comelec, to which Smartmatic admitted having turned over “everything it knew about how to conduct the AES.” He cited some decisions made, such as Executive-Director Jose Tolentino’s “curious” unilateral decision, without authorization from the Comelec en banc, to order the distribution of 20 blank CF cards and two burners per province, which were “enough to make a difference in the outcome of local elections at the hands of unscrupulous election officials on the ground.”

Locsin conceded that since the technology, skill, manpower, organizational and financial requirements already exist in the Comelec, “the further danger is that these admittedly sporadic automated or automated-related anomalies could be perpetrated and institutionalized nationwide by the unwise appointment of, say, an automated election cheat to government departments with nationwide reach involved in elections.” He cited as examples the DILG, DECS and DND, as well as impending vacancies in the Comelec and the Advisory Council of the Automation Law. This is aggravated by the fact that Comelec is “accountable to no one and frequently doesn’t bother to answer anyone who is not asking them the question on national TV and radio.”

Locsin recommends that before resorting to fully automated elections once again, all the loopholes in the PCOS and the process “should be firmly plugged by either the current provider or another more assiduous provider.” Otherwise, a reversion to manual elections with “heightened vigilance” by PPCRV and Namfrel “would probably yield more credible and accurate results.” Citing Comelec Director Jose Tolentino’s opinion that the problem is not automation but the people running it, Locsin noted that “the same people whose perennial and persistent misconduct of manual elections prompted the conversion (by Congress) to automation in the first place” are still running Comelec despite periodic changes of Commissioners over the years and the leadership of well-meaning chairmen such as (Chair Jose Melo).

I agree with TeddyBoy. The question is, how do we overhaul Comelec and throw out embedded personnel who manipulate elections every time?


Do you have a comment?
Email Bel Cunanan at
polbits@yahoo.com
Posted by Veteran Journalist and Relentless Advocate of Truth at 11:21 PM