Benigno Simeon Aquino III, was off to a

The inauguration of the Republic’s 15th President, rainy start and in fact, early yesterday morning there was lightning and thunder causing our dog, Bear, to hide under the sofa. Rain over parched land has always been held as auspicious and life-giving by astrologers and feng shui devotees, but thunder and lightning are something else. Is it portentous of the clashes of personalities, wills and advocacies that would mark the administration of the 15th President?

President Aquino is a child of destiny and though his election was upheld by 42 percent of the people, 58 percent did not vote for him and he remains a minority president. I was among those who did not vote for him and in fact my former newspaper referred to this writer as the “arch-critic” of Noynoy. But the people have spoken and by the grace of God he is now our president, and the nation must rally to him and support him, as his predecessor, former President Gloria Macapagal Arroyo, has exhorted us all to do. And so we must accompany him with our prayers and good wishes.

What the role of writers like me ought to be, as I see it, is to laud and praise the new President when he does right, and to point out the deficiencies of his actions and policies when we feel there is room for criticism that he as well as the entire nation could benefit from. In the olden days of Rome, whenever the Ceasars and their generals would return from their foreign conquests with all the booty of war, including scores of slaves from conquered peoples, they would be treated to wild tumultuous welcomes from adoring multitudes lining the streets of Rome. But amid all the rousing chorus of jubilation there would always be those individuals who would ride ahead of the conquerors’ chariots, reminding them of their mortality and the foibles and follies they could succumb to if they don’t watch out. Those heralds of ill fortune may be considered the forerunners of the medieval advocates preaching “Sic transit gloria mundi” (All glory is transit in this world”). In the early days of the Papacy, this philosophical line would be recited at every papal coronation.

This is the role those in the media must play for President Aquino---we nust be like those individuals reminding the imperious Ceasars and the Popes of worldly glories as well as follies and foibles. We can praise and encourage him when his moves are good for the nation, but we should not hesitate to point out his shortcomings and deficiencies when these are perceived to be bad or ill-timed. The media should remind the new Chief Executive to watch out for the sycophants as well as those who could stab him in the back politically, as a couple of his predecessors have discovered to their lament.

Various folks have inputed on Aquino’s appointments to the Cabinet. The appointees who are new to the public will be rated as the months pass, but except for a few choices, most of those who are already veterans in public service are generally given the thumbs-up mark. President Noynoy has decided to take over the Local Governments post and not to give it immediately to Naga Mayor Jesse Robredo as bruited earlier. This is doubtless to help defuse the tension

caused by Vice President Jojo Binay’s unabashed overtures to get that post, which those close to Aquino as well as Mar Roxas’ supporters have objected to for reasons of their own. But I imagine that Magsaysay awardee Robredo would soon be taking over the DILG post as he’s easily the most popular appointee (in-waiting). Personally I like his aura of self- confidence and detachment from power, which are manifested by his refusal to be drawn into power politics, e.g., running for higher offices which would have been easy targets for him). I also like his power-from-the-grassroots approach and his predilection for consensus-building. It is exciting to think how Robredo can fire up the local governments around the country, pending the inevitable federalization of government in the future.

Dr. Enrique Ona is a good choice for the Health post as he is both a doer and a thinker. Over the years Ike Ona ran the National Kidney & Transplant Institute reasonably well despite tight financial resources, so that one media person who was confined at NKTI was moved to remark how it looked less like a government hospital and more like a private one. Ona is also expected to push the kidney donation program. I recall being quite pleasantly surprised how Leila de Lima was nominated by her fellow election lawyers for Chair of the Commission on Human Rights, a singular distinction in itself. Folks are looking forward to her having a brave and colorful stint as Justice Secretary as she pursues controversial cases such as the prosecution of the Ampatuan clan members and possibly former President Macapagal Arroyo . But I hope Secretary de Lima won’t be too colorful. A common feeling about her is that she ought to contain her natural propensity for grandstanding before the media. 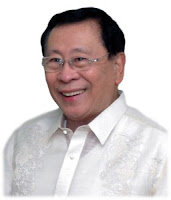 Alberto Romulo symbolizes a needed transition in the new administration’s diplomatic thrust in a highly globalized world, while Jose de Jesus had a good record in the Cory era and is expected to revitalize the DOTC, although he’s giving up enormous emoluments from Meralco in doing so. One appointee I am not too keen about, however, is Voltaire Gazmin for Defense. Gen. Gazmin was Cory Aquino’s chief security and there’s an emotional link with him, for if I remember right, he was a young officer in Fort Magsaysay who treated Ninoy’s wife well in her visits there during Ninoy’s confinements. But having been chief security in Cory’s time does not automatically qualify Gazmin for Defense, for that post involves mainly policy-making and defining directions and thrusts for the Armed Forces, the government’s largest bureau. What’s needed in Defense is a combination of action man, philosopher-thinker and statesman, which Gazmin does not seem to be. I recall the long line of defense chiefs who left their indelible mark over the decades, beginning with Juan Ponce Enrile (the longest-serving DND Chief), Ernesto Mata, Rafael Ileto, Fidel Ramos and in later years Gilbert Teodoro, the youngest DND chief at 42. Does Gazmin possess the gravitas to measure up to them?

Posted by Veteran Journalist and Relentless Advocate of Truth at 11:02 AM