UST fratman Atio Castillo's senseless death finally gets some degree of justice from the court. Had the Chinese fishing boat helped rescue the Filipino fishermen whose stationary boat it had rammed, Phil-Chinese relations wouldn't have sunk this low. 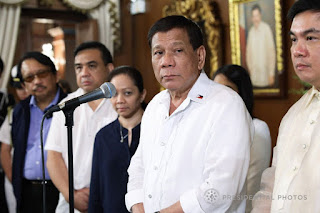 When I first met the parents of UST fratman Horacio "Atio" Castillo III at the penthouse dinner given by art patronness Lyn Ilusorio some months back,  the pain in the eyes of Atio's mother was so palpable that I lost my taste for eating much. I just wanted to hold her hand or something.

Two years ago, Carminia "Minnie" Castillo got a call from someone that her 22-year old son, who was undergoing a law fraternity's  initiation rites that day, had died at the Chinese General Hospital in Manila from a massive heart attack---induced by severe beating of his body with a paddle.

To help cheer up Minnie, a few months later I invited her and her  husband, Horacio Castillo Jr., to the concert of young classical violin virtuoso Joaquin "Chino" Gutierrez at the BDO Concert Hall in Makati.  They came and loved Chino's playing, but again I saw the pain in Minnie's eyes and her wan smile. Her husband appeared more stoic but doubtless was grieving as much.

Today, perhaps Minnie feels a bit lighter in her heart as a member of the UST frat was sentenced by Judge Carolina Esguerra of the Manila Metropolitan Court from two to four years in prison for obstruction of justice, in misleading police investigation of the September 2017 fatal hazing of Atio Castillo.  The trial is not yet over, and I imagine that more suspects would fall into the clutches of the law.

I recall a similar episode that rocked the UP just before I entered it decades ago, with fiery Irish Jesuit Fr. John P. Delaney leading the fight against fraternity violence in the campus. A scion of the well-known Albert family had died from hazing and there was so much uproar that it finally reached Congress, which decided to outlaw hazing by passing R.A. No. 8049, the Anti-Hazing Law. Under this law, hazing is a non-bailable offense with a penalty of reclusion perpetua.
But though it was already illegal, reports buzzed around various campuses about fraternity violence still lurking in dark corners of the country.  At one point, the Philippine Military Academy was also rocked by hazing.
Recall that the US had been rocked by its own share of campus brutality in decades past.
XXX
Brutal initiation is obviously anchored on the belief that violence makes men out of boys, but I do not subscribe to that stupidity.  What brutal hazings succeed in doing is to transmogrify young men--- who are normally good and upright, but frequently under the influence of liquor and a twisted concept of manhood---into unrecognizable animals.
I can understand the sense of belonging that fraternities and sororities  want to inculcate in their members;  but to dehumanize their neophytes and reduce them to brutes cannot be acceptable in, ironically enough, institutions of higher learning where men are taught nobler values in life.
What Atio Castillo's death has taught us is that initiation rites should never brutalize frat candidates---they can be made to look silly, such as run around campus in their underware or deliver insane song-and dance acts in Plaza Miranda.  The sillier the better--- but NEVER  brutality, as this destroys body and spirit and turns young men into soulless animals.
XXX
When I recently read Cabinet Secretary Karlo Nograles term what happened in Recto Bank between a Chinese vessel and Filipino fishing boat "Gem-Vir 1" as an "allision" and not a "collision," I immediately ran to the "New Oxford Dictionary of English" that the late Sen. Blas Ople had gifted me one Christmas many years ago. I looked for that word and there was none. A helpful Facebook friend pointed out that the term "allision" is rather new and Merriam Webster defines it as a clash between a moving object and a stationary one.
What took place in Philippine waters was indeed an "allision:" the Pinoy boat was STATIONARY while fishing, when the Chinese boat collided with it. President Duterte tried to make light of this calamity by referring to it as "a small maritime incident" even if the "allision" happened in Recto Bank, which is within our 300-km. exclusive economic zone (EEZ).
XXX
Indeed such incidents do happen on the high seas from time to time, but several things have to be pointed out in this particular episode, aside from the stationary status of the PH vessel. One is that it was fishing in PH waters clearly demarcated by the UN Arbitral Court in Geneva in July 2016. It was the Chinese vessel what was poaching in PH waters.
Second, and this is the graver sin of the Chinese vessel: granting that the ramming of the PH fishing boat was an accident---the Chinese vessel shouldn't have done a hit-and-run act.  Instead, it should have helped  rescue the Filipino fishing crew who were thrown into the waters by the crash impact. Accounts say the Pinoys were left in the water for three, some say even five hours. Thank God that a Vietnamese vessel rescued them, so that no one perished.
XXX
President Duterte tried to make light of the episode and even hinted to Navy officers during a conference to simply regard it as a "small maritime incident." This is truly the tragedy about our island nation that's surrounded by water: it has a very lightweight Navy, thus provoking such reaction from Mr. Duterte.
What most Filipinos doubtless expected from the President was to pick up the phone and complain to his Chinese counterpart---who has become his good friend---about how Filipino fishermen were abandoned in the high seas after the "allision"--- and how they would have perished, had not a Vietnamese trawler responded to the SOS.  Mr. Duterte, usually very vocal about his sentiments, failed to inform his counterpart about the feelings of his people.
Interestingly, the captain of the wrecked fishing boat, Junard Insigne, doubtless felt what many in our nation,  led by Vice President Leni Robredo, felt---that Filipino lives were nearly jeopardized right in their own fishing waters. According to the news, Insigne gave no indication that he'd honor the President's invitation for a chat in the Palace. The skipper should be given time to recover from the horrors his men suffered.
Top of Form
Bottom of Form

Posted by Veteran Journalist and Relentless Advocate of Truth at 2:51 PM