There’s growing sentiment that even if CJ Sereno survives the Senate impeachment trial, she should resign as the highest patriotic duty---if only to hasten healing of an institution now so torn apart by dissension and prejudice. 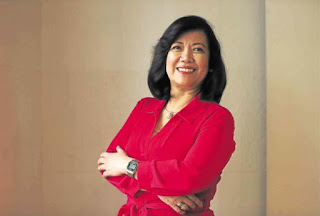 As I wrote earlier in a Facebook blurb, the impeachment case against Chief Justice Ma. Lourdes Sereno, predictably to be followed by trial in the Senate, promises to be the high drama of this season---as on the carpet will be the highest official of the third branch of government, the Judiciary. It’s something I do not view with eager anticipation, as there are folks who’d be terribly affected by it, such as the family of the Chief Justice  (I saw it up close in the distraught family of the late, much-loved Chief Justice Renato Corona).

Moreover, expect the overwhelming attention of the nation to be glued again to this high drama--- to the detriment of other issues just as important.

There are those who---perhaps in an effort to avoid another soul-wrenching experience similar to the impeachment and conviction of the late CJ Corona nearly seven years ago---are asking CJ Sereno to resign now rather than teeter to the edge of a terrible crisis for her and the nation. Her detractors are throwing in everything they’ve got, including the unprecedented testimony of senior SC magistrates before the House Committee on Justice, about their chief’s supposed wrongdoings.  Never before had "the gods of Padre Faura” descended on Congress to rat publicly on a colleague, their chief. This has created waves of disbelief and disgust in some sectors.

This was followed by the rather malicious disclosure of a most confidential matter---the results of psychiatric tests run on Sereno as a serious candidate for the top SC post---a move assailed by members of the psychiatry profession themselves.  Subsequently, officials and rank and file employees of the SC have joined anti-Sereno demonstrations in Padre Faura, all of them wearing red.

But the lady chief is hanging tough.  In fact, in recent days she has asked the House of Representatives to quit delaying sending her case to the Senate for trial.  C’mon, bring it on now, CJ was quoted as daring in media, instead of folding her tent. She gives the impression of extreme confidence in exonerating herself, instead of looking pitifully scared.

The Sereno impeachment is polarizing the nation unlike any current issue.  Yesterday morning, even as a group of lower-court magistrates joined the SC justices in calling for her resignation, former Sen. Rene Saguisag  asserted in his Inquirer column that CJ Sereno “cannot lose no matter how the Senate votes; by simply taking all the blows with grace and courage, she’s a winner already. If convicted she could only fall into the arms of the people.” Earlier, Inquirer columnist Solita  Monsod came out swinging for her too, and the newspaper bannered SC Justice Marvic Leonen’s lone stand against impeachment, vs. the condemning move of his colleagues.

Already people are weighing in on both sides of this high drama with intensity.  There’s no denying, however, that with the perceived bullying of Sereno by the Duterte  administration, with whom she crossed swords over what she considered victims of its injustice, Lourdes Sereno is gaining sympathy by the day. Pinoys truly love the underdog.

A few days ago the national president of the Integrated Bar of the Philippines, Atty. Abdiel Dan Fajardo, took issue with the quo warranto case filed by the Duterte administration’s chief lawyer, Solicitor-General Jose Calida, against Sereno. As the Latin term states, Calida questioned what authority warranted  Sereno’s appointment to the High Court’s helm by President Aquino five years ago, to replace convicted Chief Justice Renato Corona. The IBP president dismissed Calida's move as "a political act, not justiciable." One might add that this quo warranto argument is ridiculous, considering that Lourdes Sereno has been at SC's helm for over five years now. 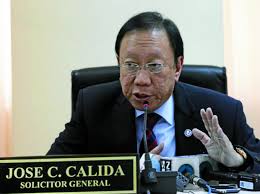 Last Sunday evening, Cecile Guidote Alvarez, and I invited the Dean of the Lyceum of the Philippines College of Law, wh also chairs the 126 member-Philippine Association of Law Schools, Ma. Soledad Mawis, to our regular dzRH program. Among the issues we focused on was Calida’s quo warranto case vs. Sereno.  Dean Mawis explained that while this issue  had previously been invoked in Philippine jurisprudence vs. other constitutional officials, e.g., vs. former Comelec Chief Vicente de Vera in 1950 and more recently against former COA Chief Reynaldo Villar, the quo warranto issue has never been invoked before regarding the fitness for office of the Chief Justice, who's likewise a constitutional officer.

Those who questioned this principle with regard to efforts to oust the Chief Justice, such as IBP prexy Adel Fajardo, maintain that the only way to remove a constitutional official such as the Chief Justice  is by impeachment. Hence, to dissenters such as Fajardo, the quo warranto issue assails the independence of the judiciary, as guaranteed by the Constitution.

President Duterte has publicly stated that he is above the fray in this burning issue of the CJ's fate, but to many minds, including this blogger, the fact that his appointed Sol-Gen has filed that quo warranto case vs. Sereno makes it difficult to believe that Mr. Duterte  has nothing to do with this ouster move against CJ. This is especially since his closest ally, Speaker Pantaleon Alvarez, personally pushed CJ’s impeachment in the 38-2 vote of the House Justice Committee.

Following the House vote to impeach Sereno, a smaller group will prepare the Articles of Impeachment, to be submitted to plenary vote in the House. If the minimum 98 votes out of the total 292 House members are obtained on these articles of impeachment---and few doubt that the “super-majority” in the House won’t be able to muster that number---then Sereno automatically goes to the Senate for trial. Then defense lawyers she has carefully selected will be expected to cross legal swords with House prosecutors, and finally there’s the vote of the senators for either conviction or exoneration---as we saw in the trial of the late CJ Corona seven years ago.

The forthcoming trial of CJ Sereno will be the super-drama of the season and one reason heightening it is the incredible spunk of this lady justice in her “lay it on” challenge. It’s hard to predict how the Senate would go in the end---whether the anti-Sereno bloc could muster the 16 votes needed to convict her or not. The rumor mills seem to foretell that they won’t get the 16 votes as there are already 10 LP votes solid for Sereno and they might be able to get six other independent votes.  Is this the reason for Sereno’s confidence or is she really an incurable optimist?

Even assuming, however, that the first lady Chief Justice in Philippine history survives the Senate impeachment and manages to remain a free woman, there are those who argue that she should still resign after the Senate trial, as the highest form of patriotism from her. Such move on CJ Sereno's part, they argue, would hasten the healing process in a Supreme Court now so bitterly torn apart by dissension and prejudice, as to become ineffective already.

-  0 -
Posted by Veteran Journalist and Relentless Advocate of Truth at 6:39 PM