A LENTEN STORY: An Argentine parish priest’s success in his anti-drug program in Caloocan, with help of his “mga banal na tokhang”: A great Good Friday-to-Easter Sunday story 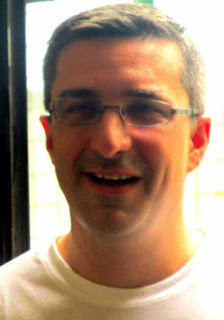 Perhaps it was the influence on his youthful life as a 17-year old seminary student in philosophy of a certain Fr. Jorge Bergoglio at the Pontifical Catholic University of Buenos Aires in his native Argentina, during the days when Liberation Theology was popular among young seminarians in Latin America. The fact is that Fr. Luciano Ariel Felloni is now deeply embroiled in his parish’s community-based drug rehabilitation program in Camarin, Caloocan City---and counting successes scored with the help of community recruit teams he likes to call the “Banal na Tokhang.”

Fr. Felloni was influenced a lot by his compatriot, who later was to become the much-loved pontiff who institutionalized Mercy as basic church tenet---Pope Francis. Like the Bergoglios the Fellonis were among perhaps tens of thousands of Italian families who sailed aboard steamships in earlier decades, to escape poverty and political turmoil in their native Italy. They chose to settle in Argentina at the tip of the South American continent.

As a 21-year old volunteer to the “missions,” young Luciano arrived in Manila at the time when they were opening up Payatas in Tondo, and he became involved with this dump site for twelve years as parish priest of the Holy Trinity Parish there.
At some point, since he had to finish his scholastic formation, Felloni enrolled at the Jesuit-run Loyola School of Theology where among his professors was a certain “Fr. Chito”---now Luis Antonio Cardinal Tagle and said to be a popular candidate to succeed Pope Francis in the dawning of the “Asian Century” in the church.  Felloni quips that should Tagle indeed become pope, then he would have come under the tutelage of no less than TWO POPES!

Fr. Felloni, now 43 years old, whose good-looks and well-built physique make him look like a football star and who speaks in flawless and perfectly correct Filipino, opines that “liberation theology”---the credo popular among left-leaning clergy in Latin  America  in his formative years---should be “wholistic” and not chopped-up theology.

This may be the reason why he’s now zealously overseeing the community-based drug rehabilitation program that he started last Sept. 1 in his parish of Our Lady of Lourdes in the Camarin district of Caloocan, which is now shared by two other parishes, namely, San Roque and Our Lady of Lujan.

Fr. Felloni, who had no dealings whatsoever with drug rehab before, is now neck-deep into it in his community and their efforts have become a model for various parishes around the country, under the guidance and encouragement of the Catholic Bishops Conference of the Philippines.

The CBCP has taken a very strong stand against EJKs undertaken by police forces in the first three quarters of President Duterte in office. Felloni has talked to various bishops about his work and some of them are eager to adopt his rehab model as the antithesis of the controversial Oplan Tokhang.

Fr. Felloni sees clearly that misguided youths regard drug addiction as their “pain killer” and they take recourse to it out of frustration with society---the poverty and lack of opportunities for listless youths and their alienation from their family and community. Therefore, in the priest’s mind, to counter this pervasive menace of drugs---to achieve, using the Easter image, “Bagong Buhay”---effort has to involve the whole family as well as the entire community.

As Fr. Felloni puts it: “THE LISTLESS YOUTHS INVOLVED IN DRUGS HAVE TO BE ‘RECONNECTED' TO THEMSELVES, THEIR FAMILIES, TO GOD AND THE COMMUNITY.“

The role of the community cannot be overemphasized, he stresses, and in this connection, students of St. Scholastica’s College working for their master’s degree in psychology have drawn up a module for such support system now operative in the Lourdes parish rehab program. How wonderful that our colegialas are now involved with the lives of the less privileged!

One of Fr. Felloni’s findings is that all too often, husband and wife are tragically into drugs together; thus, rehabilitating them entails the provision of some livelihood for them.  Last April 3, the seven-month rehab program of Our Lady of Lourdes Parish “graduated” six ex-addicts from among 30 graduates of the three parishes. Fr. Felloni’s parish started with 20 rehab candidates but some dropped out or slid down to batch 2 whose 15 candidates will also graduate very soon. The third batch will begin rehab this May 1st.

PDEA approved the rehab program which involves WEEKLY DRUG TESTING, and the wanna-be graduate NEEDS TO TEST FREE FROM DRUG USE FOR THREE CONSECUTIVE MONTHS, to be eligible to "graduate," i.e., to be DE-LISTED from the PNP list of addicts. "De-listed" is such a beautiful word, a passport to continued existence in our present-day frightful reality of EJKs. Fr. Felloni admits that a three-months drug-free living is A VERY STIFF REQUIREMENT, and there are “relapses” among his wards; but with the help and encouragement of the community these errant ones just soldier on.

Psychiatric tests of rehab addicts are undertaken at Medical City and the parish’s DILG partner in Caloocan provides professional support such as in-house psychiatrists and doctors.  As Fr. Felloni explained, the program has five components, namely, the health aspect (feeding, detoxification), the psycho-social involving group sessions e.g. with “Narcotics Anonymous”;  provision and training in livelihood; involvement of the drug addict’s family who are NOT into drugs but whose support is badly needed; and the spiritual component, handled by Fr. Marvin Riquez.

Fr. Felloni is grateful that the bishops of both dioceses involved in the rehab program, Bishop Antonio Tobias of Novaliches and Bishop Ambo David of Caloocan, are very supportive. He also cannot overemphasize the importance of the role of the Caloocan city government under Mayor Oscar Malapitan and the Caloocan Anti-Drug Council (CADAC) under Atty. Sikini Labastillas, as well as the Ateneo’s Center for Families (CEFAM) which is providing volunteers to the campaign.

Rehab sessions are held daily from morning to afternoon, Monday to Saturday. IT'S A PROGRAM IN A HURRY, for as Fr. Felloni puts it, “The rehab candidates can’t wait BECAUSE THEY COULD GET KILLED OTHERWISE.”

The first 15 rehab graduates took six months to complete the program, and now they are going into the one-year care program where they will concentrate on sustenance vs. relapsing, and on livelihood programs to help them earn a decent living.

Some graduating UST business students have packaged the “Ahon Project” whereby, with their own “ambag-ambag” funds they help former addicts get into the lucrative business of making hand-soap (beautifully packaged with very sexy colors) for high-end powder-rooms as well as dish-washing soaps for kitchens.

Very soon Fr. Felloni’s drug rehab program will inaugurate a garments factory run by former drug addicts, under a joint venture set up by Metrobank Foundation, a born-again group and the parish. This will be specially helpful for husband-and-wife addicts who badly need a livelihood while undergoing rehab.

What Fr. Felloni’s rehab program is teaching us is that the 7,000 or so EJKs DID NOT HAVE TO BE DONE AWAY WITH LIKE FILTHY DERELICTS OF SOCIETY. Instead, for meaningful rehab to succeed, there has to be a mountain of good intentions, lots of sacrifice for love of country and people, plus the involvement of tremendous human and capital resources heroically marshaled to rehabilitate errant people of God.


There seems no other way but the wholistic approach to drug rehab. Certainly, the killing of drug addicts won’t work, not to mention that it’s against the commandment of God; it also blackens the image of our Christian country in the eyes of the civilized world and as we have seen, it has unleashed the CULTURE OF VIOLENCE AND IMPUNITY IN PHILIPPINE SOCIETY. As Fr. Luciano Felloni, who’s applying for dual Filipino citizenship, stresses, rehabilitation can be done: the human spirit can triumph over evil, in cooperation with God’s grace.

A JOURNEY FROM GOOD FRIDAY TO EASTER SUNDAY INDEED.

Posted by Veteran Journalist and Relentless Advocate of Truth at 11:14 AM