SC’s 9-6 decision to allow Grace Poe to run was a blow against rule of law---violating two constitutional requisites: the natural-born status and 10 years continuous residency. Talk swamps media about big bucks allegedly doled out to SC magistrates, for which they only have themselves to blame. “Gods of Padre Faura shown as men and women with feet of clay”---Fr. Rannie Aquino 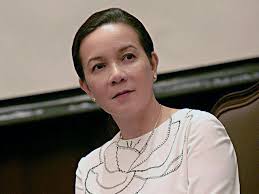 The Supreme Court giveth with one hand but taketh away with the other.

It ordered the Comelec to provide the voter verification paper audit trail (VVPAT) for the May elections, in deference to the loud clamor of the citizenry, led by multi-faith leaders and former Sen. Dick Gordon, the AES Law's principal author (who's running for the Senate again). But the SC also stunned the same citizenry by allowing independent candidate Grace Poe to run for the presidency in a 9-6 vote, but still without adequate explanation in a ponencia.

Yesterday’s sudden decision by the Supreme Court to allow Sen. Poe to run for President--- an issue hotly debated over five tiring long weekly hearings last month--- took the country by storm. It was as though a bomb had fallen on Manila’s intelligentsia. The shock stemmed from the realization of the citizens that the provisions of the laws on eligibility for the presidency are so clear, as lawyer Estrella Elamparo, one of those who filed opposition to Poe in the SC, put it, that one has to be blind not to read it correctly.

Days before, it was floated that only the residency issue would be settled by the High Court, inasmuch as the citizenship issue was more complicated to grapple with. In fact this blogger, who had attended all five interminable hearings on the Poe case,  speculated that in the residency issue she would be DQed. The citizenship issue, however, could be left out by her SC allies perhaps to enable her to campaign for a constitutional amendment in the interim years---to allow those who are not “natural-born” such as foundlings, to run in future elections.

Interestingly, the vote was announced but no details of the ponencia penned by Associate Justice Jose Perez were offered---which seems to indicate the rush with which the voting was done. Earlier, parties who supported the Comelec en banc’s DQ case against Poe were optimistic that the SC justices would disqualify her---based on the SC’s  Feb. 9, 2016 decision to DQ Mayor Rommel Arnado of Kauswagan, Lanao  del Norte, from the post he won in 2013. on the ground that as a “naturalized” Filipino, he had used his US passport four times even when he had already repatriated and sworn allegiance to PH.

Poe’s case is so similar: she left the country in 1991 to live and study abroad, and in 2001 she renounced her Filipino citizenship (she “abjured” her native land, as the sternly-worded US oath goes) and became an American citizen. In 2004, when the Dual Citizenship Law was passed here, she  applied and got her PH citizenship but she kept using her US passport many times and even acquired properties in America as late as 2008, even as she sought to establish domicile here too. Finally, in October 2010, she renounced her American citizenship for good and became a Filipino citizen, in order to accept President Aquino’s  offer to head the MTRCB.

Her husband and family, however, have retained their American citizenship, apparently waiting for a presidential victory before surrendering their US passports forever.

The allegations of Ninez Cacho-Olivares, editor-in-chief of the Daily Tribune, that Grace Poe used the social security number of a man who died in 1951, to buy properties and work in the US, are most serious and deserve separate treatment. Poe’s rebuttal was that the SSN numbers merely corresponded to her ID at Boston College where she went to school. Cacho Olivares responded by publishing all the properties acquired under the 1951 SSN, and there has been no denial from Poe.

All these considerations must have been rife in the minds of the SC justices so that there was certainty that the DQ by Comelec en banc would be sustained---especially since the pro-Grace justices such as CJ Sereno and Associate Justice Marvic Leonen mainly offered only bleeding-heart arguments for foundlings, which was not the issue in this case; it was whether the provisions of the Constitution were met by Poe.  When Associate Justice Mariano del Castillo was assigned to draft the ponencia prohibiting Poe’s candidacy on the issue of residency, it seemed that the anti-Poe advocates could already break open the champagne bottle.

But then, as many media observers insinuated, various factors speedily went to work to stop the anti-Poe drive.

At last Saturday’s birthday party hosted by Star columnist Domini Torrevillas for husband Saeed Daof, some political pundits spoke about a rumored one billion peso fund being floated in the SC on Poe’s behalf by a tycoon. A newspaper also resurrected gambling lord Atong Ang as source of largesse as well as formidable funds for Poe’s campaign.

Yesterday, after news came out about the SC decision, rumors flew fast and thick that the going offer at SC was P50 million each. At various citizens’ gatherings, the speculation that couldn’t be helped---- considering that majority of President Aquino’s six appointees to the SC voted for Poe’s candidacy, with the CJ no less acting as the battering ram for her---is that P-Noy has junked LP candidate Mar Roxas, after his rankings couldn’t be massaged any better, and he is now out and out for Poe who has a better chance to protect him once  outside the presidency.

From reports, what happened was that instead of the anticipated voting on the residency issue alone, CJ Ma. Lourdes Sereno instead decided to co-mingle the two constitutional issues and ordered voting on the pro-Poe draft ponencia penned by Associate Justice Jose Perez, a Gloria Arroyo appointee in 2008.

Iironically, it was also Perez who also wrote the ponencia affirming the DQ of Kauswagan, Lanao del Norte, mayor Rommel Arnado last Feb. 9.  As clearly explained by Star columnist Jose Sison, Arnado had won as Kauswagan mayor in 2013, but was DQed last Feb. 9 after repeatedly using a US passport when he had already taken his oath of allegiance to PH. The mayor's case is now being raised in various quarters as evidence of the double standard between him and Sen. Poe who had repeatedly used her US passport even after she had already reacquired her Filipino citizenship. Queried later on wrong entries in her immigration forms, Poe said it was. "an honest mistake."

With the 9-6 vote on the Perez ponencia in Poe’s favor, the Del Castillo ponencia became the dissenting opinion.

Citizens who indulged in the counting game had placed all the six P-Noy appointees to the SC in the pro-Grace column, but interestingly, of these six, two jurists sided with the anti-Grace justices. These were Bienvenido Reyes, said to be close to P-Noy (he was one of those in the board of the security agency P-Noy put up soon after his mother became President, with registered corporate address at President Cory’s official Arlegui’s residence), and Justice Estela Perlas Bernabe, who seemed to have displayed independent-mindedness during the deliberations on Poe.  Was this siding of the two P-noy appointees part of the game plan?

After the shock and awe of the citizenry yesterday, the groups opposed to Poe’s candidacy declared their intention to file motions for reconsideration in the SC. Former UE law dean Amado Valdez told media he'll file an MR based on betrayal of public trust and culpable violation of the Constitution. Manuelito Luna, representing former Sen. Kit Tatad’s opposition to Poe, termed yesterday’s SC vote “a dangerous result” and a “recipe for chaos” and that the Constitution was “bastardized.” He vowed to also file an MR as soon as the decision becomes final.

De la Salle Prof. Antonio Contreras, another Poe oppositors in the SC, asserted that “I can only respect the ruling but will not accept it. We did not lose today. It is the rule of law that lost.”

The passage below was lifted from the reaction posted last night  by Fr. Rannie Callangan Aquino, Dean of the San Beda Graduate School of Law and Manila Standard columnist, in Facebook, titled "Let the Debates Begin"----part of his response to the SC's decision to allow Poe to run. Here's part of Fr. Rannie Aquino’s reaction:

" What has happened today also allows us to demythologize the Supreme Court, which is a good thing. It must be obeyed and, for better or worse, its doctrinal pronouncements must remain binding precedent where they apply. But its magistrates are no longer “the gods of Padre Faura”, but men and women with feet of clay, as malleable as human beings are, never driven solely by love of the law and fidelity to its commands, but susceptible to forces that do not always surface but are nevertheless surely at work. Thus are the ways of humankind. Thus is the way too of our Supreme Court. For now, its judgment will stand, and we shall endeavor to read the Constitution as it bids us too — although I still have to see how we can continue to read the fundamental law as a coherent whole and trust in its letter. The Supreme Court must be obeyed, not because it is necessarily right, but because it is supreme, but only with the supremacy of which fallible mortals are capable — in many ways fortuitous, with the very same fortuity with which kings were supreme because they happened to be sons of kings!"
.

Posted by Veteran Journalist and Relentless Advocate of Truth at 11:28 AM