Commission on Human Rights finally summons guts to dig into Digong Duterte’s claim of vigilante justice for his 1,700 victims---after prodding by Amnesty International. His appeal to various social classes stems from people’s disgust with near-paralysis of P-Noy administration, but Duterte has his own merits. Properly motivated as DILG Secretary, he could reform PNP vs. drug lords and criminal syndicates, but he also needs a strong president to handle him. Can President Binay handle DILG Sec Duterte? 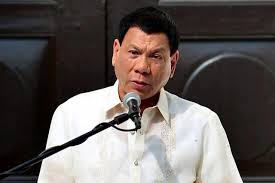 Finally the Commission on Human Rights (CHR) has decided to investigate Davao Mayor Rodrigo Duterte’s braggadocio about his having caused the summary execution of some 1,700 people over the years since the late 1990s. But the question is, why did the CHR need the go-signal of the Palace before it moves, when it is conceived AND ESTABLISHED by the 1987 Constitution to be “AN INDEPENDENT OFFICE” vested with enormous powers and its own budget to be “automatically and regularly released.” All these attributes were meant to guarantee the CHR’s independence, regardless of which administration is in power.

The CHR, headed by former human rights advocate Chito Gascon, has been quite timid in President Aquino's administration, so that Amnesty International even beat it to the draw. A few days back AMI expressed shock and concern over revelations of Mayor Duterte about his “vigilante justice” toward 1,700 victims.

It’s a sad day indeed when the more intelligent among the electorate---not the CHR---have to prod Mayor Duterte to reveal the list of names of his claimed 1,700 summary executions victims---when existing law-enforcement agencies and courts should have taken the lead to subject him to proper investigation, as he is running for the highest office in the land. Such is what a government of laws ought to do.

Fr. Ranhilio Callangan Aquino, Dean of the San Beda College Graduate School of Law and Manila Standard Today columnist, articulates the sensible citizenry’s fears about Duterte spot on recentl:y: “It scares me to death that a candidate for the Chief Executive of the land, prime executor of the laws, can, without compunction, admit to having extra-legally 'executed' persons. Even if this should be an empty boast, it speaks ill of his regard for the law that he should even boast of it, or at least admit it openly, without any contrition or regret.” (emphasis BOC’s)

In recent days political pundits around the world must be having a field day analyzing the current slew of candidates for president of the Philippines--- most especially the colorful mayor of Davao with his singular claim to fame about the 1,700 summary executions. These pundits must be wondering whatever happened to the democracy that the Americans sought to inculcate in these fair isles.

Indeed, the question can be rightly asked in foreign shores: how have the Filipinos come to this sorry state in their politics?  I’ve heard it said by foreign observers that the candidate vying for the Republican nomination as US president, Donald Trump, is saying a lot of crazy things, but our Rodrigo Duterte seems bent on outdoing Trump.

Foreign pundits, however, must realize that such claim to fame hurts us Pinoys more than they know.

Duterte drips with show-biz bravado as he plays up having two wives and numerous girl-friends, as he kisses protesting girls in public, shocks  Amnesty International and now prods the CHR to move in on his claim of 1,700 people as victims of "vigilante justice” by the notorious “Davao Death Squad.” Duterte also shocked the Church by first insulting the Pope and then advocating the return of the death penalty which the Church has opposed worldwide.

Various people seem to succumb to the mystique of the flamboyant Davao toughie, but I believe that he’s just a flash in the pan; that ultimately, as his show-biz aura wears off and the investigations of the CHR get underway, sobriety would prevail over most of his fans and they’ll think twice about supporting him.

Duterte is currently thriving on his Wild Wild West image of riding into the sunset with guns blazing, and it’s easy to see how this image would appeal to the broad masses who are suckers for show-biz personalities---AND DESPERATE FOR CHANGE FROM THE CURRENT REGIME THAT SUFFERS FROM LACKADAISICAL PERFORMANCE, ESPECIALLY VS. CRIMINALITY AND LAWLESSNESS.

Duterte’s attraction for the citizenry---his tough, kamay na bakal approach to criminality and lawlessness---becomes understandable when juxtaposed against the namby-pamby manner of the Aquino administration in dealing with the problems of the nation.  Nothing is more glaring than the inability of this administration to deal with the “Laglag bala” scourge in the premier airport--- how it took three months to finish the investigation and it still managed to arrive at the wrong conclusion: no syndicate involved.

The current popularity of Duterte also has very much to do with the lack-luster image of administration/ LP candidate Mar Roxas, whose Wharton technocrat background and elite upbringing make him appear quite removed from and bland to the broad masses. Moreover, because he is the administration candidate, Roxas bears the onus of defending its numerous failings under the “Daang Matuwid.”

Knowledgeable observers fear that a Duterte presidency could lead this country to greater perdition for a number of reasons---aside from his propensity to take the law into his own hands and be judge and executioner at the same time. Without detracting from the obvious need to move the wheels of justice faster, the President of this country that’s bitterly divided into opposing classes and politics needs to listen to the voice of his people from various walks of life.

Given Duterte’s king-size ego and sobrang bilib sa sarili, however, would he lend a good listening ear to the nation’s problems? Would he consider differing opinions from his hand-picked Cabinet or will his officials all be terrorized into silence?

Listening to the people, beginning with those who work closely with him, is a vital aspect of being President. Benigno Aquino III didn’t have much of this gift and thus he isolated himself from the masses---out of sync. Would Duterte make a listening President, given his enormous ego and boastful nature?  In the rarified atmosphere of the presidency such an ego would have to be fed tremendously.

Various pundits, in fact, have raised the possibility that President Duterte would be another dictator, like the one who imposed this lamented blight on the country in 1971.  Doubtless the military is watching Duterte’s pronouncements.

I am not for Duterte, but I submit that he is not entirely bereft of merit. In fact he ought to be very much a part of the government that would take over from Benigno Aquino III, after the one-year observance of political reclusion. Duterte would make a good DILG Secretary who could revamp and reform the police organization, and sow fear of the Lord into corrupt policemen who are in cahoots with drug lords and crime syndicates.

Reform the police and you reform society and rid it of the unsavory elements. To achieve these reforms, however, Duterte would first need to reform his mental framework and operate 100% within the justice system---to prod the courts, which have their own scalawags, to grind faster and render impartial justice to every man.

Posted by Veteran Journalist and Relentless Advocate of Truth at 10:15 AM