Jihadist terrorists knew how to cripple the fabled joie de vivre spirit of the Parisians on that bloody Friday night. US presidential candidate Hillary Clinton is right: focus on the terrorists, not on Islam. It should not be regarded as a clash of civilizations, but war against a small but fanatical and highly trained terror group. 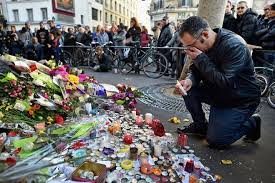 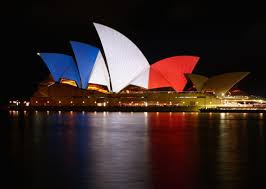 With the whole world still reeling from the horrors of last Friday’s carnage in Paris, there is understandable tension and worry in our country  over the security of the APEC Summit on Nov. 18-19, that will draw 19 Heads of State, a number of Prime Ministers and other ranking officials to Manila, as well as hundreds of world media. Let us pray that all goes well and that our foreign guests and local participants would be secure and that the Summit would be profitable in terms of mutual understanding and concrete steps toward reducing poverty and exploitation, and securing peoples from terrorism.

Admittedly, however, the level of confidence in the administration is not at its optimum level. As Star columnist Boo Chanco, a most rabid Aquino supporter during the 2010 elections, laments in his recent column, why can’t this administration make heads or tails of even the “Laglag Bala” scam at the NAIA?  Mercifully Boo left out what could have been said in sequence: that failing to check that shameful airport scam, what else can the administration handle?

News reports said a giant tarpaulin arch welcoming foreign guests in front of the PICC, the venue of the APEC Summit, fell down with the strong winds today, even before the foreign dignitaries could arrive.  Some upset netizens asked how something like this could happen when billions of pesos have been allocated for the Summit; still others immediately held up the tarp incident as “ominous.” I don’t believe in omens, however; rather, I believe in the power of prayer to see us through the security nightmare that the Summit presents. This is one time when we have to be optimistic for our country and the gigantic event it’s hosting.

It has not been easy to be forgiving and understanding, though, as everywhere tonight one seems to hear only the complaint of citizens who have had to walk home for kilometers on end in light drizzle, as either major roads were closed with little notice, or cab and habal-habal drivers were charging an arm and a leg from desperate commuters.  I know one household staffer who had to shell out P700 for two different rides, just to get home to Taguig. One pregnant woman gave birth on the road, while other trekkers reached their homes at 4 am. today.

At this time it’s tempting to cite the earlier suggestion of former President Fidel Ramos to President Aquino to hold the APEC Summit instead in Clark as the metropolis cannot handle even its own hideous daily traffic---let alone the criss-crossing retinue of hundreds of Summit staffers, plus the myriad battalions of AFP and PNP personnel out to secure the visitors.

Clark would have been far easier to manage, especially security-wise, as was Subic, the site of the first PH-hosted APEC Summit in 1996 in Ramos' presidency. Clark also boasts of world-class airport facilities as well as reasonably okay hotels. Had the venue been Clark, schools and offices as well as hundreds of flights wouldn't have been disrupted in Metro Manila.

But then, where would the agony and the ecstasy of the capital be?

An editorial in a US newspaper---I don’t remember which, as I read a whole lot over the weekend about the Paris slaughters---pointed out that the Islamic State of Iraq and Syria (ISIS, now shortened to just IS) jihadist fanatics knew exactly where and how to attack the City of Light: in the joie de vivre haunts that Parisians, with their fabled lifestyle, typically flock to on a fun and relaxing Friday night,  a prelude to the “bon weekend” they treasure so much.

There was the crowded concert at the Bataclan Concert Hall in Eastern Paris, with 1,500 spectators regaling to a visiting American rock band called the “Eagles of Death Metal.” Some concert-goers thought the shootings were an initial part of the repertoire, until grim reality set in. Then there was the friendly football game at the Stade de France between France and Germany, both football-crazed countries, witnessed by no less than French President Francois Hollande. An alert security detected the suicide vest of a female terrorist before she could get into the stadium but she simply detonated it, killing herself and others outside. As accounts noted, it would have been a worse carnage had the terrorists been able to enter the stadium.

There were also the assaults on a bar and several restaurants, including two Asian eateries and a pizzeria that Parisians of all walks of life patronize on a carefree night like last Friday.

The horrible string of assaults undertaken by eight black-clad gunmen and suicide bombers in Paris is considered the worst in French peacetime history, as it left over 120 people killed and over 200 wounded (as of this evening, Nov. 18, the number of wounded had climbed to 400, with 221 still confined in hospitals, 57 of them in intensive care). The entire world mourned with the French people, with iconic world monuments, including our own Luneta Shrine of Dr. Jose Rizal, bathed in the French tricolor and flowers flooding Paris' streets. World leaders led by Pope Francis asked for prayers for those who perished in the mass terrorism.

But as experts have pointed out, what is even more horrifying is that the attackers were young males (between the ages of 20 and 25) who were “radicalized Muslims returned from war zones, battle-hardened and well-trained.” So radicalized, in fact, that some of them, including a female terrorist, didn't have any compunction to activate their “suicide vests” and blow themselves into smithereens when cornered. French police identified at least six jihadists who committed suicide in this manner in the Paris assaults.

One has to ask what it is that empowers these young jihadist radicals to seemingly have no fear to commit suicide, in order to carry out their mission of hatred and violent destruction.

From the other side of the spectrum, Christianity over the centuries has produced martyrs for the Faith, who have had little or no hesitation to accept torture and death---in the knowledge that they would meet their Creator in the next life and reap the rewards of glorious martyrdom. The Muslim radicals seem to operate on the same plane, but the difference is that they are obviously fueled by deep hatred for those they seek to destroy, whereas martyrs for the Faith drew others to the Supreme Being through the testimony of dedicated lives and heroic deaths.

Like the Christian martyrs for the Faith, however, these jihadists share the belief that a glorious eternity  awaits them if they lose their life for the cause. Tragically, however, it's the wrong cause.

Former US Secretary of State Hillary Clinton is correct when she stressed in the recent second Democratic debate that the rallying action of a united world should focus on the IS, which, she stressed, is "a barbaric, ruthless, violent Jihadi terrorist group"---not on the Muslims as a whole. Clinton is right: in fact, the rest of the orthodox Muslim world appear to be condemning of the IS and its brutal ways, and sympathize with the Parisians over their tragedy.

It's good to remember that the recent bloodbath in Paris does not represent a "clash of civilizations," as the terrorists want the world to look at it, but the brutal handiwork of a comparatively small group of wayward, frightfully radicalized Muslims, against which the rest of the world should unite.
Posted by Veteran Journalist and Relentless Advocate of Truth at 10:44 PM