Would Mamasapano operation have succeeded if AFP’s elite Scout Rangers had handled it? Koko insists at this late stage that Bangsamoro should be for entire Mindanao region and not only for MILF, while a former congressional leader asserts that PH gov’t should have recruited Indonesia as mediator in BBL/MILF issue, since we’re having conflict with Malaysia on our Sabah claim. CDO Rep. Rufus Rodriguez promises that his ad hoc committee would delete at least eight provisions in the draft BBL while Senate has its own trimming to do. But can we hold the pols to their promise in an election year? 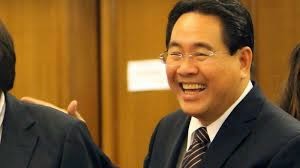 I myself had wondered how detection of the invading SAF and the resultant bloody encounter could have been avoided with so large a number of PNP troopers assailing the wee hours of the morning. It turns out that I wasn’t the only one wondering. A report quoted a former AFP Scout Ranger as opining that the job of taking out Marwan should have been given to the Scout Rangers, who would have needed no more than twelve men,  and the chances of their success would have been far bigger than that of the 400 SAF. It would have involved, said the report, lightning insertion and extrication with perhaps one helicopter.

It’s now all in hindsight---Monday morning quarterbacking---but looking back, perhaps the Scout Rangers, who, together with the Special Forces are under the Special Operations Command of the AFP, would have done better, especially if the raid were made earlier than the Muslims’ 2 am. first prayer for the day.

Comparison of the botched Mamasapano operation is being made with the successful attack and slaying of then most wanted  international terrorist Osama Bin Laden, head of Al Qaeda, that was  carried out nearly two years ago in his compound in Abbottabad, northeast of Islamabad, Pakistan by a small group of US Navy Seals  in the dead of night. It was a most daring feat that astounded the world,  but records of that operation showed painstaking full-blown planning and deliberations of the Obama Cabinet and top military commanders for months.

Why President Aquino approved a raid by almost 400 police troopers---45 of them in the inner sanctum of Marwan and the rest on the periphery---no matter how elite they were---defies the imagination. Various media outdid one another in labeling that botched raid as the most amateurish one can imagine. This is not to mention the suspended status of P-Noy’s BFF and chief planner Purisima, the stand-down order that immobilized whatever help the AFP could muster at that late notification, the adherence to secrecy among three people, and the recourse to text-messaging throughout the operation when time was of utmost importance.

It was truly a black eye before the world.

Koko Pimentel was quoted in Standard recently as admonishing the Senate  not to make the BBL look like it’s catering too much to the MILF, and instead to make its provisions “neutral” so that it would make that armed group aware “that the proposed measure is not only for their group but for the entire Bangsamoro region in Mindanao.”  Pimentel’s admonition came after a World Bank report that stated that despite the passage of the BBL, peace and security in Western Mindanao cannot be guaranteed. How I wish Koko’s admonition came earlier when the Palace was still drafting that proposed law and debating it in Congress. At this point it may be a trifle too late to tilt this supposedly organic law to a more sensible and realistic direction--- given the tremendous pressure exerted by Malacanang to pass it. As one columnist put it, P-Noy is “obsessed” to pass it. Throw in the fact, too, that the legislators are approaching elections and may be extra susceptible to bribes this administration is wont to dish out.

The citizens’ hope may lie in the opinion expressed recently by Cagayan de Oro  Rep. Rufus Rodriguez, chair of the House ad hoc committee on the BBL, who was quoted earlier as opining that at least eight provisions of the draft BBL would be deleted owing to their unconstitutional features. Let’s hope that Rep. Rodriguez, who was very thorough in his objection to the RH Bill two years ago, would really not be bamboozled  by the deadline imposed by the Palace: to pass the BBL BEFORE P-Noy's very last SONA  on the last Monday of this July.

For as former Chief Justice Artemio Panganiban pointed out in his column recently, Senior Associate Justice Antonio Carpio had “unflinchingly” declared unconstitutional not only the underlying “associative” concepts of the MOA-AD” of the Macapagal-Arroyo era, but quite significantly, also 36 of its specific provisions. Panganiban asserts that “shadows of (the MOA-AD) can be gleaned in the BBL.”

On the other hand, he noted that lawyer and now CJ Ma. Lourdes Sereno had participated in the controversy as counsel for Sen. Franklin Drilon, who was an intervenor in the MOA-AD.  Sereno’s 72-page memo detailed “constitutional violations (that) eroded the sovereignty of the Republic of the Philippines…split its national identity… (and) created a state within a state---a concept alien and antithetical to the one sovereign nation embodied in the Constitution.”

Thus these opinions of the High Magistrates could be dark portents for the BBL.  Over the Holy Week this blogger read (as penance for my sins!) the 99-page “Bangsamoro Basic Law”, which is House Bill No. 4994, sponsored by Speaker Feliciano Belmonte and 16 other legislators. And right there I noted several features that, I’m sure, would be struck out by the Supreme Court if challenged legally. More about  the tough portions of the BBL next time.
Posted by Veteran Journalist and Relentless Advocate of Truth at 10:41 AM