By “explaining” his side in Mamasapano tragedy before evangelicals, President Aquino obviously wanted to pre-empt PNP BOI report and possibly water down blame on him. With Church leaders divided over P-Noy’s role in botched SAF operation, Cardinal Tagle and Archbishop Villegas choose to be lenient, unlike when they accompanied Cory to Palace to ask GMA to resign in wake of furor over “Garci tape.”


The plan was obvious. President Aquino gathered leaders of various evangelical faith, led by Bro. Eddie Villanueva, on the Palace lawn yesterday afternoon and sought to cushion the impact of the PNP Board of Inquiry (BOI) report on the Mamasapano disaster and P-Noy’s real role in it. The BOI report has been awaited since days ago but its disclosure has been postponed three times now for various reasons---ostensibly the printing of the report was not yet finished, no sufficient amount of paper, etc. etc.

Obviously the Palace had hoped to steal the thunder from that report by enabling the President to ramble on before the assembled faith leaders and media that sacked PNP-SAF Chief Getulio Napenas had botched the Jan. 25 operation because he failed to follow P-Noy’s order to coordinate with the military.  P-Noy said Napenas “fooled me” and that it was “painful,”  but he did not assign blame whatsoever on his bosom friend and former bodyguard, suspended Gen. Alan Purisima---unlike in weeks earlier at the height of the crisis, when he implicated Purisima as well.

After yesterday's assertion by P-Noy that Napenas is to blame, what conclusion can the much-awaited BOI report now make? Can it still say that P-Noy is to blame or even just share the blame? Can it now blame him for appointing suspended PNP Chief Purisima as chief implementor and strategist of the Mamasapano operation? Impossible.  PNP CIDG Chief Benjamin Magalong is truly in a bind and re-writing some portions of his report  may be in order.

Sadly, P-Noy is making a mockery of the investigation process, for in the first place he shouldn’t have thrown it to the PNP whose officials had botched the Mamasapano operation. There should have been, as citizens have rightfully clamored from the start, an INDEPENDENT TRUTH COMMISSION instead of this joke of an investigation of its own officials---which isn’t funny at all.

Indication that the BOI cannot be relied on for credibility is the fact that both the President, who’s the Commander-in-Chief of the PNP, and Purisima refused to testify before it, and neither did AFP Chief Gregorio Catapang show up (he just sent an affidavit).  But had the independent Truth Commission been created by an act of Congress, as some minority lawmakers sought to do, and vested with enough power, P-Noy and other ranking officials could not have afforded to ignore its summons.

Last Sunday, widows and families of the Fallen 44 joined PNP troopers and personnel in marching  along EDSA from Camp Crame to emphasize that they are not after money but Truth and Justice for their slain kin. The public outrage over the SAF tragedy and the growing perception of a systematic cover-up of the truth about it has affected the widows quite badly.

Ranking PNP officials were quoted as trying to discourage troopers from joining their fallen comrades’ families in that protest march, while civil authorities in Quezon City were reported to have withdrawn  the permit to rally---clear signs of intimidation and pressure.  But the marchers  continued even if their ranks had somewhat shrunk, and they joined a mass in Claret School in Quezon City.

Fr. Robert Reyes, the “running priest” who‘s now a Franciscan, concelebrated the mass with a Claretian priest and was inspired to hurl a challenge from last Sunday’s gospel---where Jesus Christ got so angry at the way God’s temple was being desecrated by merchants and vendors that he overturned their tables and drove them out. Fr. Robert at first queried the marchers, “Are you angry about all that’s happening in our country?” in allusion to Christ’s righteous anger. Few answered him at first and he repeated it, “Are you angry?” This drew a thunderous cry.

And to hearten the widows’ feelings, PNP personnel from all over the country, including from Bohol, Iloilo, Davao and other places, marched in protest in their localities, simultaneous with the widows and families in QC.  This is indication that anger over Mamasapano that ended in the tragic death of 44 SAF elite troopers and the cover-up by the administration is still simmering. Will it come to a boil?

Cardinal Luis Antonio Tagle was interviewed by an ABS-CBN correspondent in London where he was a seminar speaker. He was asked to comment on those personalities calling on President Aquino to resign, and their proposal to put up an administrative council in case of a vacancy in the country’s top post.

Tagle was quoted as saying, “Who are these people asking the President to resign? Do they have any credibility at all?” And labeling them as “panggulo,” he asserted that it would be better to allow P-Noy to just finish his term and wait for the coming elections, as after all, said Tagle, he won’t run for reelection anyway; the people can just wait for a new leadership.

The problem is that as we saw in the last two elections, it’s the PCOS machines that determine the outcome of the elections, and not the free choice of the people. Bro. Eddie Villanueva, who led yesterday’s evangelical gathering at the Palace lawn, knows this fact only too well, as he was cheated in the 2013 elections in Nueva Ecija.

NTC’s members count with some prominent bishops and archbishops from around the country, led by Ricardo Cardinal Vidal, Lipa Archbishop Ramon Arguelles, Davao Archbishop Emeritus Fernando Capalla and Zamboanga Archbishop Romulo de la Cruz. The NTC has proposed since August of 2014 a “transition council” to hold the reins of government in the exit of the Aquino administration---preliminary to holding a constitutional convention to write a new constitution in favor of a parliamentary/unicameral system. In the Cebu NTC gathering last month Bayombong Bishop Ramon Villena and Biliran Bishop Filomeno Bactol showed up as well, while Butuan Bishop Juan Pueblo de Dios sent a representative, in addition to leaders from the Protestant and Muslim faiths and citizen-leaders. 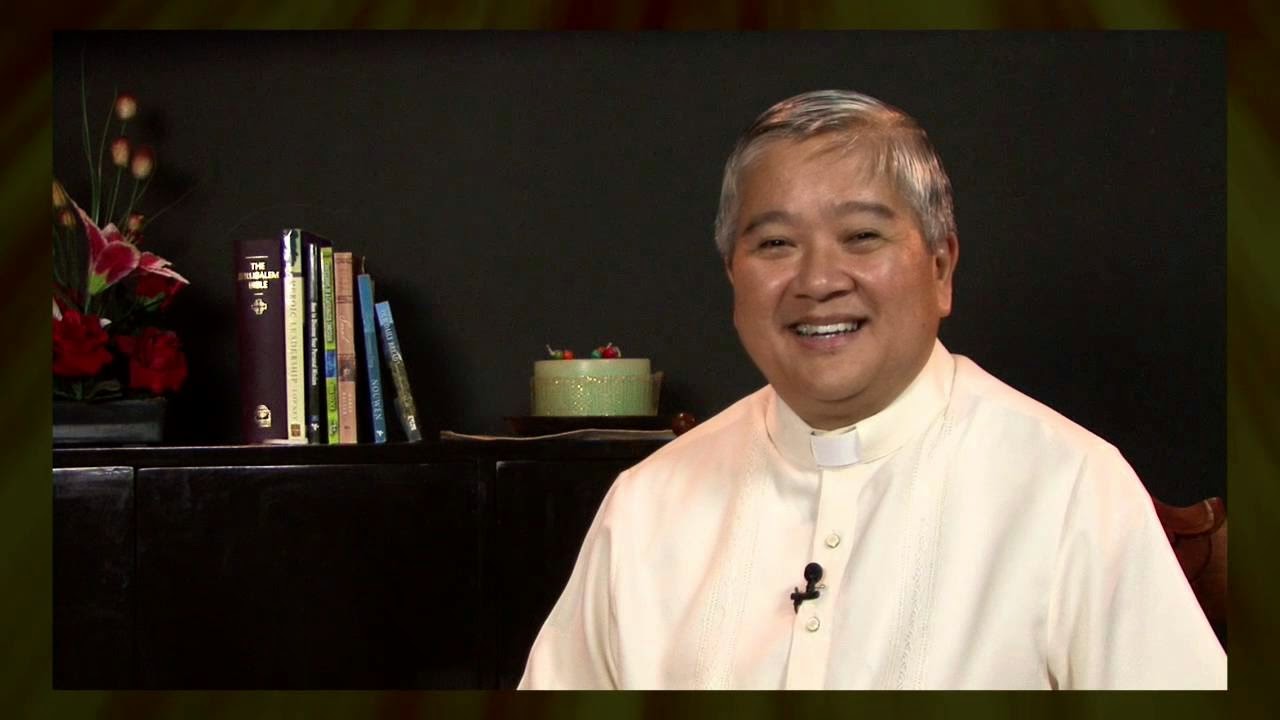 At worst Cardinal Tagle’s remarks show the deep political schism within the Church hierarchy. On the one hand, there are those prelates perceived as having been close to the Aquino family, such as Tagle and Dagupan Archbishop Socrates Villegas who heads the CBCP. These two ranking prelates have expressed preference to just await the PNP’s BOI findings on Mamasapano, rather than pin blame on P-Noy outright and demand that he step down, as other bishops have done.

In this first group is Cebu Archbishop Jose Palma who didn’t join his brother bishops’ call for P-Noy’s resignation in that city, but instead he called on the latter to explain the SAF tragedy. In the light of the obvious cover-up of P-Noy’s actual role in the tragedy, this position suffers.

Those who are now openly critical of P-Noy include, aside from NTC-active bishops, Manila Auxiliary Bishop Broderick Pabillo, Caloocan Bishop Emeritus Deogracias Yniguez and super-critical Archbishop Emeritus Oscar V. Cruz of Dagupan. The Mamasapano tragedy and the resulting cover-up of the truth have increased the ranks of anti-P-Noy bishops, and it's not remote that Tagle and Villegas would be increasingly isolated from their brethren.

It’s timely here to recall that Tagle and Villegas had accompanied the late former President Cory Aquino in 2008 to Malacanang to demand that President Gloria Arroyo step down over her alleged improper behavior in calling up former Comelec Commissioner Virgilio Garcillano to protect her lead. By contrast, these two eminent Churchmen appear to be quite lenient in treating the various problems---all very serious---that have afflicted the second Aquino administration.

Some observers opine that his accommodating stand toward P-Noy could be due to the profound influence famed Jesuit theologian Catalino Arevalo,  the late Cory Aquino’s personal confessor, has had on the Jesuit-trained Manila Archbishop.

In view, however, of the obvious cover-up in the SAF tragedy---and the inutility of the BOI report--- where do these two ranking prelates stand now?
Posted by Veteran Journalist and Relentless Advocate of Truth at 4:06 PM