By bypassing Tacloban and instead heading for Guiuan, P-Noy abdicated the Yolanda 1st anniversary stage to Marcos/Romualdez clan, but he discombobulates local folks by disclosing plan to transfer its airport to Palo, just 10 minutes from downtown Tacloban. Transfer may be a concession to the loyal political dynasty ruling Leyte, but it’s an insane and costly proposition. Nonong Cruz rumored to replace Brillantes at Comelec. 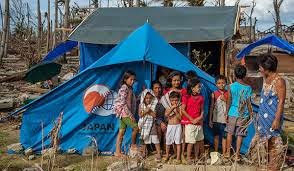 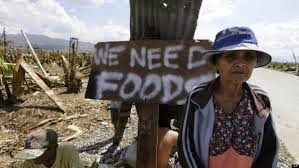 Taclobanons have every right to feel aggrieved that President Aquino skipped a visit to their devastated city---the Ground Zero of Yolanda---and decided instead to visit Guiuan in Eastern Samar on the first anniversary of the super-typhoon’s devastation yesterday. Obviously P-Noy wanted to avoid a clash with the “People Surge” coalition in Tacloban, who were preparing a hot and noisy protest reception for him owing to government’s very timid and late response to the survival crisis in that part of the country. Obviously he also wanted to avoid sharing the stage with the Marcos/Romualdez families.

But courage is the hallmark of true leadership and how many leaders around the world have walked through history braving confrontations like what the Taclobanons had planned. That’s what P-Noy is leader for---in good times with photo-ops cavorting with world leaders, as well as in tough times when he should confront anger and seething discontent, as well as political angst.

P-Noy, however, backed off from the showdown and this tago-nang-tago impression of the top leader will not be easy to live down.

By leaving a vacuum P-Noy allowed the Marcoses and Romualdezes to usurp the stage and commiserate with the Taclobanons by themselves, with Imelda shedding familiar tears. This could reinforce Bongbong's phalanx, or should he decide not to run in 2016, it could throw him ineluctably into VP Binay's camp under the time-worn dictum, "the enemy of my enemy is my friend."

As though to rub salt on wounds of Taclobanons, P-Noy also announced his plan, supposedly on the advice of JICA, to close down the airport in Tacloban City and transfer it to historic Palo, the landing site of General MacArthur in October 1944---but also just 10 minutes from downtown Tacloban. The argument allegedly is that Palo would not be vulnerable to storm surges and tsunamis. Taclobanons shoot this down, however, as plain rubbish, for much of Palo was also destroyed by Yolanda. In fact its cathedral was rendered roofless and among the prominent ancestral houses there, that of the Pedrosas was totally destroyed.

The question on everybody’s mind is, so why move the airport at such costly expense (P12 billion) to a  nearby location, if not to further alienate the Romualdezes---because P-Noy is an Aquino and they are Romualdez? This move is being interpreted as a further concession to the Loreto-Petilla dynasty which counts with the Mayor of Palo, Remedios Loreto Petilla, mother of Energy Secretary Jericho “Icot” Petilla and Leyte Gov. Leopoldo Domenico Petilla.

But this doesn’t change the fact that the proposed move of the airport to Palo just 10 minutes away is downright insane and unsound. In the first place, he cannot finish it in his remaining one and a half years.

Brothers Mayor Alfred Romualdez and Rep. Martin Romualdez are protesting P-Noy’s plan to transfer the airport, named after their forebear, the late former Speaker Daniel Z. Romualdez, and they insist that the P12 billion could be better utilized to help rebuild the lives of Yolanda survivors. The Romualdezes point out that Tacloban Airport was already operational 24 hours after the storm struck; in fact foreign assistance was coursed through it in the days after.

In view of P-Noy's disclosure, repair and rehab work on Tacloban's runway was suspended and travel to and from the capital will still be via Cebu. Because only light planes are allowed in that airport, the delay is already costing millions and millions in lost income to PAL and other airlines.

Another question: what happens to the Pope’s visit two months from now? there’s suspicion that one reason for wanting to close down the Tacloban airport may be that the administration actually does not want to encourage the Pope and foreign media to come to Tacloban (go to Guiuan instead?), so they don’t get to see the true state of rehabilitation there---the snail-pace of work and about a thousand families still living in tents. That’s not a remote possibility.

Speaking of Guiuan at the southern tip of Samar, the airport there where P-Noy landed yesterday is truly splendid and all-weather, including for super-typhoons. It was built by the Americans and as a young reporter for the Catholic newspaper then, the Sentinel, I had a chance to fly in and out from there. Taclobanons now argue that while their airport was shut down for commercial traffic after the storm, goods and people could also have been flown to Guiuan and then trucked across the San Juanico Bridge,  to helicopters on rescue missions to isolated towns. Apparently the dazed Cabinet members of P-Noy never thought of this contingency.

The quarrel over the airport highlights the perpetually percolating politics in Leyte. If you readers recall, last Thursday I wrote about speculation that one reason Health Secretary Enrique Ona was asked to go on leave was the desire of the ruling LP to put in place true-blue allies in vital social services such as DOH and DSWD---in preparation for cementing their continuing hold on Malacanang in 2016. This could certainly be true in the case of acting Health Secretary Janet Loreto Garin, who boasts of a “double-connection” to perhaps the most prominent dynastic clan in the Visayas, the Petilla-Loretos of Leyte--- even though Garin herself served as three-term representative from Iloilo.

Here’s why she’d would be a valuable political asset to the LPs in 2016:  Garin’s mother is a Petilla from Leyte, sister of former longtime Leyte Gov. Leopoldo Petilla, who in turn is the father of Energy Secretary Jericho “Icot” Petilla and current Governor Leopoldo Domenico Petilla. On the other hand, Janet’s father is a Loreto, brother of former Leyte Governor and now mayor of Palo Remedios Loreto Petilla, mother of Secretary Icot and Gov. Domenico Petilla. Another Loreto sister of Janet’s father is  former Leyte Rep. and now controversial mayor of Baybay City, Leyte’s second largest city, Carmen Loreto Cari, who until now has a running electoral battle with candidate Malot Galenzoga-Baligod.

If you were P-Noy, you’d really court this dynasty’s loyalty by transferring the airport to Palo, away from the Romualdezes.

Still on the political front: Comelec Chief Sixto Brillantes will retire this coming February and speculation has been that Justice Secretary Leila de Lima would succeed him. But recently another name is being bruited about which would make sense, as replacing the irreplaceable, fiercely loyal De Lima at DOJ would be truly tough for P-Noy.

The latest name to emerge for the poll body’s chair is former GMA Defense Secretary and lawyer Avelino “Nonong” Cruz, who’s with the former Carpio Villaraza Cruz law office (partner Antonio Carpio was appointed by President Gloria Macapagal Arroyo to the SC where he is now the most senior Associate Justice). A Nonong Cruz appointment would be highly significant as he’s closely identified with LP presumptive presidential candidate Mar Roxas for 2016.

As an aside, this reinforces anew the Sigma Rho fraternity which counts with Carpio and Cruz.

Recall that Cruz was chief lawyer of Roxas in his protest case against proclaimed winner Jejomar Binay in the 2010 vice-presidential race. In ensuing months, in the fierce rivalry for influence over P-Noy between the “Balay” and “Samar” factions (that persists to this day), Cruz is prominent in the Balay faction identified with Mar. Thus his appointment would doubtless be read as P-Noy’s earnestness to ensure the victory of Mar vs. presumed opposition candidate Binay.

The appointment of a new Comelec Chief is anticipated with bated breath by all politicos, especially because the two previous elections have demonstrated how crucial that office’s role is in this supreme political exercise---particularly vis-à-vis the controversy surrounding the much-derided PCOS machines, of which 42,000 units have been authorized by Brillantes for bidding before he bows out.

Posted by Veteran Journalist and Relentless Advocate of Truth at 10:25 PM