Politicos of various hues gather for wake of former Justice Secretary Raul Gonzalez and inevitably conversation veers toward paralysis of governance in just about every aspect of nation today, especially on rising criminality. One for Ripley’s: Raul Gonzalez was sought to be arrested last week for illegal possession of firearms dating to his Tanodbayan days, as he lay dying in NKI.


Last Tuesday evening, I attended the wake at Heritage Memorial Park of the late Justice Secretary Raul Gonzalez, who had been my friend for a long time. Raul was one of the Cabinet officials of President GMA who had always been accessible to the media; he treated us all fairly and was always ready to explain issues to us in an unpatronizing manner and his usual brilliant way. Above all, he dealt a fair shake toward everyone, unlike his present-day successor whose vision, like that of the Luneta carretela horse, is governed by blinders: it must always point toward the opposition.

As would be expected of a former politician and Cabinet member, Raul’s wake drew all manner of politicians from various persuasions and interestingly, that evening I dropped in, the topic was how terrible things had become in the country---the paralysis of governance at just about every level.

These conclusions were not the surprise as we run into these problems every day of our lives. What was surprising was the admission even by those politicos who had supported President Aquino in 2010 about how grave and serious the nation’s problems have become in the present regime. At the Gonzalez gathering the huge traffic pile-up at NLEX was at its worse and the politicians agreed about how severely the snafu was affecting the economy. The MRT issue also came into fore, adding to the daily nightmare of commuters.

I ventured how tens of thousands of commuters suffer queuing up for jeepney rides daily that snake for kilometers on end,  often in the rain. I put myself in the shoes of working mothers who must feel so terrible arriving at their homes late in the evening when their children are already asleep---only to leave very early to get to work by 8 o’clock, their children still asleep.

At that gathering of high leaders at the late Secretary Gonzalez’s wake, there was a general feeling of hopelessness in dealing with the country’s deep problems---stemming largely from realization that the top leader was not only incapable but sorely lacking the inclination to meet the grave problems head on. For instance, the President cannot seem to fire anyone of his top people even if their office has become so controversial either from corruption or inefficiency.

Then a former lady representative, known for her outspoken views and confrontational manner, blurted out, "Dapat talaga alisin na si P-Noy at palitan na." Her sudden outburst was met by diplomatic and uneasy smiles from the other politicians, but no verbal objections---not even from P-Noy's former supporters. I thought to myself, if these leaders feel this way, how do the humbler elements about the problems of the nation?  What is the powder-keg that would set afire this tinderbox situation? 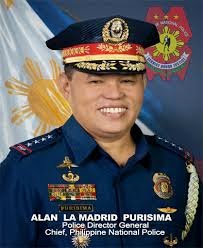 I note, for instance, that even a mild-mannered man like the defense lawyer of former Chief Justice Renato Corona, the seemingly unflappable Atty. Rico Paulo Quicho (who now writes a column for the Daily Ttribune) was quite angry that P-Noy would not even consider letting go of PNP Chief Alan Purisima, despite all the news about how rogue cops are involved in many shenanigans.

XXX
Speaking of cops, this one's for Ripley’s: As Secretary Raul Gonzalez lay in near-death at the National Kidney Institute, some days back, six policemen arrived at his Valle Verde home in Pasig to enforce an arrest order issued against him for supposed illegal possession of firearms. Interestingly, this order referred to the time when Gonzalez was still Tanodbayan in the late ‘80s under President Cory Aquino, and his family opines that it actually referred to a firearm issued to one of his security forces in the past. The case itself, however, was just recently filed (2012), when Raul was already a private citizen---and many decades removed from his old Tanodbayan post.

This leads to either or both of two conclusions: that the police force is so utterly inefficient, so that it failed to update its files. Secondly, it was meant more to harass Gonzalez as a former ally and Cabinet member of former President Macapagal Arroyo (many ex-GMA Cabinet members are being harassed one way or another for graft these days)---never mind if the illegal possession of firearm being charged pertains to his old Tanodbayan post in the Cory years.

What makes this episode more bizarre and CRUEL is that as former Iloilo Rep. Raul Gonzalez Jr., son of the late DOJ Chief, suggested to the six arresting cops, would they like to serve the warrant in the NKI where he was in the intensive care unit and in fact dying? The cops quickly apologized and scampered for the gate pronto.

In the light of various political leaders’ deep dissatisfaction with the grounding to a halt of political governance, which is reflected in the sentiments of the people in general, an FB reader answering to the name “BenignO” raises a sequential reaction query: "Why is it that despite widespread poverty and injustice, there is a  'lack of appetite for revolt?' "

Continues FB reader BenignO: “Why is it that even if the people are complaining left and right, crying about their suffering, yet they are not revolting? “ Is the suffering of the people not enough to compel them to revolt?

“The Filipinos cry about social abuses, the slow justice system, massive corruption in government, inept public service, high unemployment, the alarming peace and order situation, high prices of commodities, services and public utilities plus among the worst traffic jams in the world. The list goes on. In short, the Filipinos are indeed suffering.

“Yet all these are not enough to make us rebel against the government."

This FB reader answers his own query: “So, why is it that we are not revolting? Filipinos lack the COURAGE and DESIRE to CHANGE---to be in better state than we are in right now. We are hungry and angry but still LAZY.”


Obviously this FB reader has in mind the massive lightning paralyzations recently in places like Hongkong or Istanbul that have sent tens of thousands into the streets over a seemingly small trigger issue.

Your reaction, dear blog readers and friends.
Posted by Veteran Journalist and Relentless Advocate of Truth at 10:28 PM