With P-Noy seeking ‘redefinition’ of the term ‘savings,’ he wants to hang on to his DAP in another form, despite the SC’s recent ruling against its constitutionality, asserts the House minority which labels the 2015 General Appropriations Bill “the anti-lameduck budget.”


The constitutionality of the Disbursement Acceleration Program (DAP) remains unresolved with finality in the Supreme Court, inasmuch as the Aquino administration has filed a motion for reconsideration of its ruling on DAP’s unconstitutionality. In view of the SC’s 13-0 vote it’s virtually impossible to see the Court reversing itself.

But obviously the Palace won’t wait for the SC. Already a new battlefront has opened---indicating that President Aquino appears quite determined to keep DAP, which was his pork barrel, alive and kicking for the 2016 elections, albeit by another name, in order to solidify his hold on Congress for the coming elections. Minority Leader Ronnie Zamora fears that opposition members would be given a tough time getting their projects moving.

This is the issue of the BUDGET SAVINGS which the Palace wants Congress to “redefine” now that the National Expenditure Program (NEP), which contains the administration’s proposed National Budget for 2015, has been submitted to the House. The NEP, by this time called the General Appropriations Bill, will be subjected to extensive hearings in both chambers of Congress, which will then pass it as the General Appropriations Act (GAA).

Any housewife would understand what “savings” means, but apparently not the Palace and Budget Secretary Florencio Abad. They seek a “redefinition” and opposition lawmakers assert that this is to enable the Palace to impound appropriations savings into the  presidential kitty, which includes the retained P501 billion “Special Purpose Fund.”

Former National Treasurer Leonor Briones estimates that P-Noy’s pork could possibly come up to HALF of the new P2.6trillion budget. Judging from the way P-Noy is fighting to keep it, it must be worth that much. Presidential allies in both chambers of Congress are now gearing up to make sure the re-definition of "savings"fits into the Palace vocabulary.

The SC in ruling DAP unconstitutional, objected, among other things, to the administration’s impounding of savings from various offices even without waiting for the end of the year, when such funds can truly deserve to be called savings. Among savings impounded early were the nearly P10 billion that should have gone into P10,000 incentive bonuses for over 70,000 public school teachers across the country.

The SC logically ruled that savings can only be impounded at the end of each year, but under the 2015 NEP, the Executive is asking that savings be realized from various agencies and offices after every half of the year---to be taken from “under-performing” agencies, unfilled executive positions, “unappropriated” funds, etc. Rabid P-Noy supporter Rep. Ben Evardone of Eastern Samar has even filed House Bill 4770, allowing government to make use of “saved funds” every three months, contrary to the SC ruling (that can only be done through hocus-pocus, Ben).

The Executive could always make excuses for such impounding of funds, and the fear of citizens is that as in past DAP allocations running into many many billions, agencies and offices could be unjustly robbed even of programmed appropriations---under the guise of “savings.” In other words, more DAP clones. Disgusting and unconscionable.

The administration is making a lot of demands on the Palace-controlled House and one of them is to pass a supplemental budget, as announced by P-Noy in his recent SONA--- to accommodate what used to be covered by the now-unconstitutional DAP. In the old days before DAP became scandalous with the revelation by Sen. Jinggoy Estrada that unnamed funds running into many millions per senator were dished out to buy conviction of Chief Justice Renato Corona, various administrations would run to the House for supplemental budget.

Buhay party-list Rep. Joselito Atienza asserts that the House minority will  demand that DBM first account for where the P144 billion DAP in the past two years went, before the opposition would even discuss a supplemental budget. DBM, however, has resisted this demand to bare all records---on the lame excuse that despite its prodding most DAP recipients have failed to render accounting.


The recent House move on “redefining savings” in order to create a new fund for the Palace has elicited protests from the small opposition. Bayan Muna Rep. Carlos Isagani T. Zarate emailed this statement to this blogger: with this statement:

“With this move President Aquino is creating a budget dictatorship; he wants to permanently undermine the power of the purse of Congress. This is patently unconstitutional and smacks of castrating Congress in performing one of its primary duties. Mr. Aquino’s moves also indicate that he wants to do away with the budget deliberations and oversight of Congress and concentrate these functions upon himself.

“These moves show that the tears Mr. Aquino shed during his State of the Nation Address were crocodile tears and prove that he is very deceitful. He still wants his illegal and unconstitutional DAP to continue.More importantly,  he wants to control the budget  through his own gargantuan pork-barrel  as he do not want to become a lame duck president--- as his presidential term is coming  to its end.  The 2015 budget is in a way an "anti-lame duck" budget.”

Rep. Zarate explains that while  as late as  2013 the GAA already declared that thenceforth savings "may augment only items in their respective appropriations",  Mr. Aquino is  still “obsessed”  with his own version on the use of savings: "that it can be used to augment any item in this Act. Ergo, P-Noy can do cross-border allocation, as he continuously and arrogantly said during his recent speeches castigating the Supreme Court.”
The Bayan Muna representative asserted that the President “knows the constitutional provision and the GAA, but he willfully wants to practice what he wants to practice---for P144 Billion !!!” 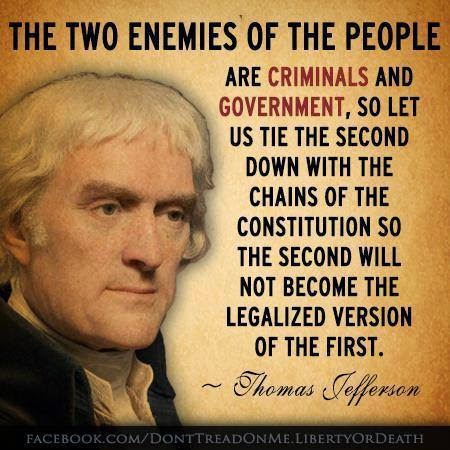 Evidently, while the country was brought to a near-constitutional crisis with the recent tension between the Executive and Judicial branches, there’s also a "crisis of the Constitution" among some citizens---illustrating that the country is divided on the issue of constitutionality. Lopez heiress Gina Lopez was quoted recently as criticizing that the Constitution is "just a piece of paper," as she defended DAP-funded projects including her own work on the Pasig River and DBM Secretary Florencio Abad.

Lopez and her cohorts invoked the favorite buzzword of Malacanang and  legislators who have enjoyed the DAP largesse, "THE COMMON GOOD." Her argument:  the Constitution is just a scrap of paper that can be set aside for the "common good" as determined by the oligarchy and the oligarchic legislators with their DAP.

Their argument is that they alone have the right to determine what's the "common good," what they think is best for the marginalized---not that "piece of paper."

But what is the Constitution? It was drafted by 50 delegates handpicked by then President Cory and submitted for overwhelming ratification to the Filipino people in February 1987. What Lopez and cohorts want to do is to justify the DAP which was ruled as unconstitutional in many parts by the SC, including the way the Executive has usurped Congress' power of the purse---all in the name of the "common good."

Interestingly this controversy about "just a piece of paper" erupted only hours before concerned citizens met at Club Filipino to push the imperative need to re-write a constitution  more responsive and sensitive to the people's aspirations at this time in our history. Their feeling is that the prevailing constitution has become outmoded in that sense and contains many shortcomings that have to be addressed; but this is not to say that the 1987 Constitution is "just a piece of paper."

What Gina Lopez’s fellow Filipinos propose to do is to replace the outmoded Constitution of 1987 with a superior "piece of paper" that will be more realistic at this stage of our national existence and which will be submitted to the sovereign people for ratification.  But there can be no aspiration TO DO AWAY WITH A CONSTITUTION WHATSOEVER. because they realize that THE ONLY WAY CIVILIZED SOCIETIES COULD OPERATE, SURVIVE and THRIVE is through the RULE OF LAW as embodied in a people's Constitution---and interpreted by an honorable Supreme Court. This need has been borne out by history.

Without that "piece of paper" it would be ANARCHY. Think of what could happen to the Lopez Empire if that happens.
Posted by Veteran Journalist and Relentless Advocate of Truth at 9:14 PM