Moment of decision for advocates of Charter Change: continue to push it or postpone now that P-Noy has opened up on intent to stay longer in power. His recent TV pronouncement clearly shows he wants to ensure that his successor would buy him freedom from accountability to the people---safe from a jail term. 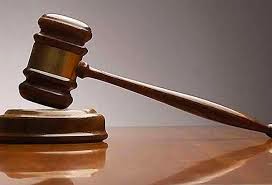 When I  wrote here two months ago that the House of Representatives is all geared up to undertake Charter Change to prolong the stay of President Aquino in power, few of my readers were inclined to believe it as it sounded like a wild story. My inside sources had warned that amending the Charter would be a fait accompli by next year, but it seemed unlikely at that time, since the President had been resisting “tinkering” with his mother’s Charter all along; only Speaker Sonny Belmonte and a small group were  pushing cha-cha to amend some economic provisions.

But the other night P-Noy in no uncertain terms asserted in an interview with Channel 5’s legal analyst Mel Sta. Maria that he’s now open to amending the Constitution and staying longer in power if his “bosses” want him to. With that pronouncement, expect the administration cha-cha train to steam out of the station PRONTO---unless we the people and patriotic, right-thinking legislators (meron pa bang right-thinking reps, aside from the tiny minority in the House?) derail it.

There’s a convergence of reasons for P-Noy’s change of heart. One is that since DBM Secretary Florencio Abad made it clear in the media two months ago that the President gave the go-signal for each and everyone of those DAP releases, he has become fearful of going to jail, along with Abad, for constitutional violations of DAP.

Hence P-Noy's refuge now is to be able to lift the term-limit provision in the Constitution, so that he gets to stay longer, while ensuring that his LP anointed gains power after him to protect him. While VP Jejomar Binay, the acknowledged front-runner in the 2016 elections, has had close ties with the Aquinos since EDSA days, P-Noy cannot really predict what the Opposition would do to him once out of office.

Then too, when the Supreme Court knocked down PDAF and parts of DAP as unconstitutional, P-Noy lost the sources of his bribery to gain support of members of Congress---or at least the SC has made it much tougher now for him to make use of PDAF and DAP clones. Thus the SC has now become his favorite punching bag---his bête noire---and he found ostensible reason for charter change: to clip the SC’s vast powers that, he claims, are being used excessively vs. the Executive and threatening its “reforms.”

What's sad is that the President has little qualms about destroying institutions just to carry out his personal agenda or protect his flank.

Advocates of Charter Change have grown by leaps and bounds as realization sank over decades that the presidential system cannot sustain the country to progress. They now feel that a shift to a parliamentary/unicameral system, instead of the cumbersome and ultra-expensive presidential/bicameral system, and amending certain economic provisions, have become imperative.

But now, with P-Noy’s allies controlling Congress and displaying feudal obeisance to his whims and fancies, valid goals of Charter Change might be obscured, at least for the moment, by the President’s desire to prolong his term to escape accountability to the people.

In view of these realities, we advocates of Charter Change have to assess our moves and bring our case directly to the sovereign people, from whom all power is supposed to emanate. Perhaps the means provided by the Constitution for People's Initiative, where 12 percent of total registered votes, at least three percent of them in every legislative district, could effect amendment of the Charter more reliably than the tuta Congress sitting as constituent assembly.

From indications, P-Noy takes setbacks very seriously. Soon after he assumed office in July 2010, the story's told that he invited to the Palace CJ Renato Corona, whom he has a great distaste for as a “midnight appointee” of his equally distasteful predecessor Gloria Macapagal Arroyo, to coax him to resign. Corona refused, arguing that to do so would make him look guilty of a violation.

After that flat No! from Corona, executive and legislative cohorts of P-Noy carried out the grand plan to subject him to the most dreadful shaming of a public official ever through the impeachment process. The dislike for Corona was aggravated by the SC unanimous ruling under his watch to distribute lands of Hacienda Luisita to its farmer-tenants, and its majority decision to award these lands at 1989 prices instead of at current prices.

Today the country is witnessing a second round of harassment of the SC, which could be rightly read as a constitutional crisis in progress---pitting Executive and Legislative vs. the Court. The SC, ironically headed by P-Noy's appointee, Chief Justice Ma. Lourdes Sereno, is being harassed by the same gang in the House and Senate that engineered Corona’s impeachment and conviction.

Aside from forcing CJ Sereno to show up in the House committee on justice hearing, headed by the fiercely obeisant Rep. Niel Tupas---which fortunately she has the guts to ignore---the SC’s budget, whose release is automatically guaranteed by the Constitution to assure its independence, has been progressively reduced even as legislators’ funds continue to flow generously.

In the proposed 2015 National Budget the SC’s budget of P19 .3 billion registers only a 5% increase and yet Tupas and Co. are tearing their hair over it,  as well as over SC’s Judicial Development Fund. And to top it all, there’s the threat of impeachment hanging over the SC justices that, after what Corona underwent, has traumatized them.

For P-Noy to marshal continued support of Congress he has to rely mainly on the strategy that has served him well over the past four years: to indulge the pork-hungry lawmakers even after the SC had struck out their major sources of funds.  Recall that in the battle over the RH bill pending in Congress for over 13 years, P-Noy used pork barrel funds without qualms. As ACT Rep. Antonio Tinio asserted then, P-Noy allegedly gave P250 million to each House member supporting that bill, and his accusation was never denied. Cabinet members also staked out at the House lounge to pressure representatives to vote yes to the RH bill.

In P-Noy's new battle against the SC---and to ensure that his support in Congress is not eroded---his House allies are making sure that lump sum allocations are embedded in the proposed National Budget for 2015, disguised as a new definition of “savings." According to authoritative sources, the P20.7 billion PDAF budget (or P70 million per House member) that was outlawed by the SC last year has actually been retained in the 2015 budget of six executive agencies---with access guaranteed to each solon.

Add these items up and it’s nearly P70 million per representative. Yes, PDAF is alive and well.

The health and education items were said to be peddled by Health Undersecretary Janet Garin and CHED Chair Patricia Licuanan (et tu, Tati Licuanan?) to House members as still their very own PDAF, during a secret closed-door meeting in the House a few days ago. Interestingly, it was the same ACT Rep. Antonio Tinio who exposed this new bribe attempt through video.

All of these mysterious goings-on in the House are what you may call, to borrow the title of a popular short story in the '60s, "Other Voices, Other Rooms."

Posted by Veteran Journalist and Relentless Advocate of Truth at 10:42 PM