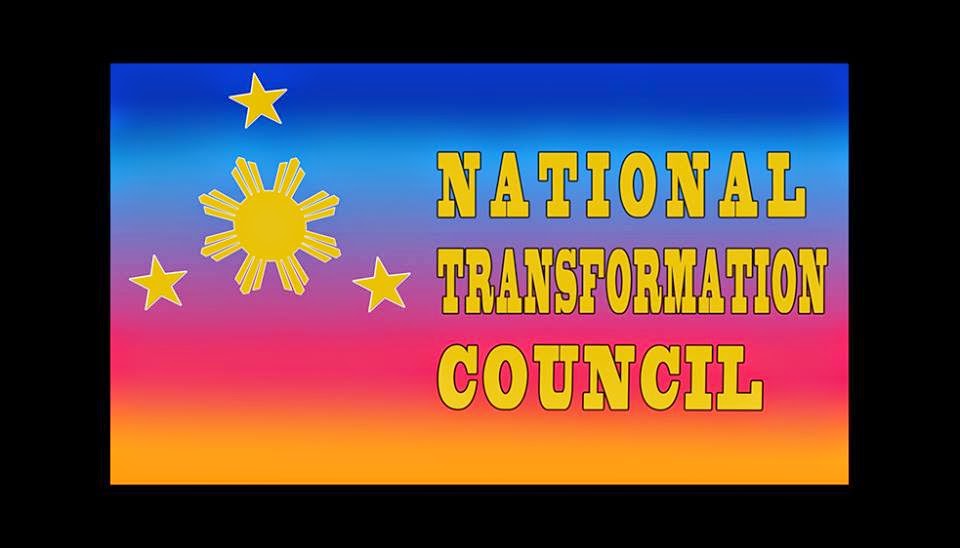 The launch of the National Transition Council was a day replete with miracles.
First the miracle of the weather---not a drop of rain after days of blinding downpours. The sun shone brightly, as though Heaven were smiling and imparting its blessings on the multi-faith gathering in Lipa City, Batangas, last Wednesday, August 27, that was united in prayer for the deliverance of their beloved Philippines from the clutches of a corrupt political system.

The Lipa event, led by about a dozen eminent religious personalities such as Ricardo Cardinal Vidal, Archbishop Emeritus of Davao Fernando Capalla and Archbishop Romulo de la Cruz of Zamboanga City, as well as pastors of the National Council of Churches in the Philippines and of the Muslim faith, sought to“reaffirm our deeply-held convictions and beliefs about the common good and our highest national interests in the face of the most pressing challenges of our time" and the destruction of many democratic institutions.

Another miracle was that 28 years after Edsa 1, our "second" national anthem, “Bayan Ko,” still managed to bring tears to many eyes and choke many a throat at that Lipa gathering. Fervent patriotism was alive and flaming that morning.

After the speeches from eminent personalities, which defined the country's problems from historical perspectives to the present, came the signing of the Lipa Declaration: “An Urgent Call for National Transformation.” Jumping out of the pages of the four-page Declaration were critical passages: “A crisis of unprecedented proportions has befallen our nation. The life of the nation is in grave peril from the very political forces that are primarily ordained to protect, promote and advance its well-being, but which are aggressively undermining its moral, religious, social, cultural, constitutional and legal foundations."

The Declaration went on: “Unbridled and unpunished corruption and widespread misuse of political and economic power in all layers of society have not only destroyed our common conception of right and wring, good and bad, just and unjust, legal and illegal, but also put our people, especially the poor, at the mercy of those who have the power to dictate the course and conduct of our development for their own selfish ends..."

Toward the end the Declaration advocated refraining from holding any "farcical"  elections, just like the 2010 and 2013 elections which were marred by widespread PCOS-generated electoral fraud that ushered in national and local officials (beginning with P-Noy) with dubious and tainted victories---until a "fraud-free electoral system" can be installed. It also advocated systems change in the vacated national leadership.

The Assembly invited “all our compatriots everywhere to reaffirm with us the same conviction and beliefs.” Among those compatriots were those from various Muslim tribes of Mindanao who traveled by land and sea to reach Manila and Batangas, and they were housed---this one's for Ripley’s---by the Capuchin Fathers in Manila. It was ecumenism at its shining best.

Archbishop Arguelles, who hosted the Lipa Assembly, noted that the Church in the Philippines has always displayed a militant streak, as evidenced by the three priest-martyrs, Fathers Gomez, Burgos and Zamora, and more recently in the bitter fight against the RH Law. The prelate exhorted the Assembly to struggle against apathy and indifference toward the rotten political system. Not allowing the audience to forget that Batangas was among the eight original provinces that fought against Spanish colonial rule, Arguelles called on President Aquino, "Tama Na. Tabi Ka Na," to loud applause from the  fervent crowd.


The Lipa Declaration of 2014 sponsored by the NTC had for its precursor the "Declaration of April 2012" forged in Talisay, Cebu.

Toward the end of his impromptu speech Lipa Archbishop Arguelles indulged in some startling reminisces in his unique Batangueno way:

"Matapos nang bumalik ako sa Rome – unang nakita ko yung German sister, umiiyak. She said: 'Alam mo, Father, after I talked about EDSA, lapitan sa akin yung mga representatives of the newly liberated nations. Ang wika nila, please tell the Filipino people we were watching them even when it was difficult to do so. We admire them because of their courage, because they were for change and they did not hate anyone. They just wanted true peace and assure a better future. We follow them even if imperfectly.'

"Sabi (ng mga representatives of the newly liberated nations), imperfect sila, first because they don't know how to pray and also, sabi nila, they didn't know whom to pray to.  Kaya doon sa Tiananmen, in-adore nila yung Goddess of Freedom. Naging failure ito dahil hindi naman tunay na god yun. Ang sabi nila: “Please tell the Filipino people, we are still looking at them. We want to learn how to make real freedom work for the good of all."


So the world is still looking to us for an shining example in our resolution of our current sordid political plight. This space does not allow at the moment the publication of the gist of the other speakers' speeches, but I promise to  feature them in next blog. From Lipa, historic gatherings are scheduled to be held in other cities, e.g., Cebu, Davao, Zamboanga, Butuan, etc. Onward march!
Posted by Veteran Journalist and Relentless Advocate of Truth at 11:39 PM