For those planning to skip this afternoon’s rally against pork barrel of all kinds, including DAP, it’s good to remember Plato’s admonition: “the price of apathy toward public affairs is to be ruled by ‘evil men.’ “ Will SC strike out DAP as ‘unconstitutional’ but allow past disbursements to stay, on the presumption of ‘good faith’ and ‘regularity’ by executive officials? Let’s pray that more legal organizations would speak out against this impending distortion of justice. 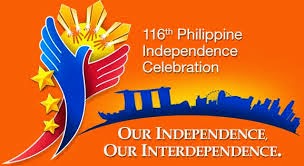 Today, our nation’s 116th Independence Day, is also the occasion for a big rally at Liwasang Bonifacio in Manila, near City Hall, against the pork barrel and the so-called “Disbursement Acceleration Program” (DAP), whose constitutionality is being challenged by many groups of citizens and organizations before the Supreme Court. Many people are expected to turn up at today’s rally because of the overflow of citizens’ outrage, but for those who don’t feel like going, perhaps it’s good to remember the admonition of the Greek philosopher Plato many centuries ago (c.429-c.347 B.C.), as embodied in his monumental political work, "Republic."

Said Plato: “One of the penalties of not participating in politics is that you will be governed by your inferiors. The price of apathy towards public affairs is to be ruled by evil men.”

For the second time last Tuesday, June 10, the Supreme Court took up the various petitions challenging the constitutionality of the DAP, said to amount to some P150 billion.  Included by some petitioners in their challenge of these public funds in the executive branch is the President’s gargantuan pork barrel, known as the President’s Social Fund under which the Malampaya Fund falls, and its total amounts to about P1 trillion.  But for the second time the High Court deferred  decision on the constitutionality issue, and the official reason given by SC spokesperson Theodore Te is that the justices wanted more time to deliberate on this issue.

The rumor that flew fast and thick, however, after two deliberations was that Chief Justice Lourdes Sereno wanted more time to work on the Court to reverse the anti-DAP trend among her colleagues (insiders report that she has been carrying the campaign door-to-door). The SC is scheduled to hold another session and a vote on July 1. Moreover, the postponement comes amid talks of bribing a retiring justice to change his No to DAP vote and another one to retire early so that a more pliant jurist could be appointed.

For many days last week media and text reports said that initially the vote within SC was 8-6 in favor of the unconstitutionality of DAP---meaning, that DAP would be struck out as illegal and unconstitutional.  A lot of rejoicing followed this report, but it was short-lived, for soon talk was that a justice was induced to turn around from his negative vote, so that it became 7-7. In that event, what would happen is that Chief Justice Ma. Lourdes Sereno would cast a vote to break the tie, and the speculation is that she would, of course, go for DAP’s constitutionality.  In fact recent reports said the vote now stands at 8-6, upholding DAP.

But what is even more disturbing is another report going around that the Court---to justify prolongation of voting and the turnabout of the earlier anti-DAP tide---is still going to rule, perhaps by a very slim margin, that the DAP is UNCONSTITUTIONAL.  But here’s the BIG BUT: as I had reported in a recent blog, there’s talk that the SC would rule that the past disbursements of DAP were made in “good faith”---so that there is a “presumption of regularity” in the Executive’s PAST allocations, even as FUTURE disbursements would then be disallowed as unconstitutional.

Recall that the DAP allocations from Malacanang first surfaced after former Sen. Ping Lacson came out with the admission that such funds in the many millions were handed out to senators who voted to convict Chief Justice Renato Corona in the first half of 2012---quite apart from the timely issuance of senators’ PDAFs in the middle of the 6-month trial.

I am not a lawyer but I can see how damaging this “good faith” line of reasoning would be, if indeed it were to be adopted by the SC as its unfortunate palusot in the DAP issue. This is because any criminal from then on could argue before the courts that oops, sorry, when I committed that unlawful or criminal act I was acting in good faith---so you should presume that what I was doing was not irregular.

I have long been an SC watcher, taking pains to attend some of the landmark issues brought before the Court over the years. It has given me tremendous pleasure to see how the judicial system operates---as both magistrates and counsels pull out past decisions and opinions of the SC’s luminaries, one after the other, to argue, buttress or debunk a point or case. In other words, all that comes out of the Court are like the building blocks in the Altar of Reason, one after the other.

But whoa, suddenly, what could be a forthcoming palusot--- Heaven help us!---about a malevolent act allegedly done in “good faith” may  be coming along and it could knock down all previous arguments about reason.  The altar of justice would then be shattered.

Recall that during the first SC hearing months ago on DAP, Solicitor-General Francis Jardeleza was pinned down by the magistrates into admitting that such funds are unconstitutional (this was reported in the Inquirer). But now, this tack about “previous acts made in good faith” is reportedly being considered in obvious justification of all past DAP disbursements. The reason for this line may be to exculpate P-Noy, who authorized and signed every centavo of DAP disbursed (as candidly revealed by DBM Director Rowena Candice Ruiz), and DAP’s chief architect, DBM Secretary Butch Abad.

I wonder what Jardeleza feels about this twisted manner of getting himself out of the hole he dug.

But this is not the end of the story, for there’s the legal point which has solid footing. Lawyers from all over the country are coming out to argue that this presumed “good faith” or the "Principle of Operative Act" does not apply in the use of DAP.  As one lawyer put it, “illegal use of public funds for any public use other than that for which such funds were appropriated is a criminal act punishable under Art. 220 of the Revised Penal Code."

Continues this lawyer, “The application of this principle (of good faith or operative act) will be read as meant to exonerate President Aquino et al, even if the SC declares DAP unconstitutional. Only acts after the decision will be deemed illegal and/or unconstitutional, while acts previous to the decision would be justified as having been done all in GOOD FAITH.” It’s “pretty obvious and unconscionable,” this lawyer argues.

Another prominent lawyer puts it thus: "Spending public funds without authority of law, or without an appropriation by Congress is definitely UNCONSTITUTIONAL and a violation of the Revised Penal Code and therefore illegal. A violation of this Code is a crime any way one looks at it."

“Illegal use of public funds or property---Any public officer who shall apply any public fund or property under his administration to any public use other than that for which such fund or property were appropriated by law or ordinance shall suffer the penalty of prision correctional in its minimum period or a fine ranging from one-half to the total of the sum misapplied, if by reason of such misapplication, any damages or embarrassment shall have resulted to the public service.

“In either case, the offender shall also suffer the penalty of temporary special disqualification. If no damage or embarrassment to the public service has resulted, the penalty shall be a fine of 5 to 50% of the sum misapplied.“

Atty. Donato asserts that “criminal laws are very clear and leave no room for conflicting reasonable interpretation. The juggling of public funds even toward another public use is a criminal act.”

I agree 100%. Let’s pray that more lawyers’ organizations would come out with a stand against this ‘good faith’ principle being deliberated upon, that distorts justice and could  shield criminals in the future. By elucidating on this twisted principle now, even though this may still be happening, our legal minds could conscienticize the patriotic among the SC magistrates and help avert a clear legal disaster.
Posted by Veteran Journalist and Relentless Advocate of Truth at 12:38 AM