Parish Pastoral Council for Responsible Voting (PPCRV) should drop use of association with church, as it seems to have lost its effectiveness as election watchdog, appearing to be partial to Comelec. Intellectual property violation by PPCRV vs. Simbahang Lingkod ng Bayan


There’s a joke circulating that the two happiest people with the recent election of Pope Francis are President Aquino and Comelec chair Sixto Brillantes. For the unabated flood of stories about Pope Francis that the public laps up has virtually eclipsed the crisis in Sabah which P-Noy mishandled, and the shenanigans of the Comelec on the PCOS issue that Brillantes brazenly does nothing about.

Indeed Pope Francis has grabbed generous space in the media, but this does not take away the fact that Comelec continues to defy public opinion and has the temerity to assert that, as Brillantes put it, “the PCOS machines are in tip-top shape.”

How can these machines be in tip-top shape when up to now there is no source code---the operating instructions for these machines have not been released by Dominion Voting Systems, the real owner of the AES technology. Moreover, as the elections near, COMELEC has indicated NO INTENTION---despite clamor from all quarters, including politicians of all hues and Church leaders--- of restoring the three main safeguards for the integrity of the AES that it disabled or disregarded in 2010, leading to the questionable conduct and RESULTS of those elections.

These three features are:  the digital signatures of the Board of Election Inspectors (that tell us that the results transmitted to Central HQ indeed come from the claimed precinct), the use of UV lamps (that determine the authenticity of the ballots fed into the machines), and voter verification (that tells you whether your vote was indeed counted).

In addition---and this seems to be the height of defiance---a recent Comelec resolution now provides that the precincts to be included in the Random Manual Audit (RMA) will be selected TWO DAYS AHEAD OF THE ELECTIONS. The RMA is so crucial to establishing the authenticity of automated results transmitted to central server, but why give away the identity of the precincts that will be pre-selected for audit?  Wouldn't such pre-announced selection of precincts fatally compromise the integrity of the RMA?

In the light of these aggravations and continued defiance by Comelec to install imperative safeguards in the elections of 2013, there is a move among various citizens’ groups to drastically seek support for the restoration of these safeguards and of conditions for a REAL RMA.

Petitions are snowballing for such moves, including a return to manual voting if prospects for a flawed-free AES are well-nigh impossible.  However, if this flawed condition comes to pass and still the Comelec ignores the call for credible manual elections in 2013, the point may be reached when influential groups such as the Church or within the Church may be called upon to withhold recognition of the election results. 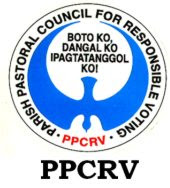 Then there is the issue against the Parish Pastoral Council for Responsible Voting (PPCRV) which, if unresolved, may provoke calls for Catholic Christian dioceses, if not the CBCP, to dissociate its election watch and electoral reform efforts from the PPCRV. And if possible, to ask PPCRV to desist from using the phrase "Parish Pastoral Council" as its name.

There appears to be serious reasons for this appeal, considering PPCRV’s ill-disguised (by now) partiality toward Comelec, when it's supposed to act as an election watchdog.

A recent crease between PPCRV and Simbahang Lingkod ng Bayan (SLB) has given new impetus to these growing calls from certain quarters to re-evaluate the role of the PPCRV and the need for CBCP to distance from this organization---in view of its too-partisan stance toward Comelec.

The SLB is a Catholic-Church based, Jesuit-led organization composed of religious, priests, seminarians and lay individuals committed to the service of the Filipino church and people. It recently crafted a voters’ education manual called "Pinoy Big Voter," which PPCRV adapted for its own voters’ education program.  You readers might say so far so good, but many things went wrong in the PPCRV-SLB relationship, so that we are now staring at what appears to be an intellectual property violation on the part of the PPCRV. Some members of the SLB are upset and rightly so.

What happened was that PPCRV appeared to have made several amendments to the manual without the knowledge of SLB. PPCRV eliminated the SLB logo on several pages, omitted several pages from the original SLB-crafted manual and inserted 30 ADDITIONAL pages, beginning on pg. 69 that now comprise an entirely new section on the PCOS.

There are ongoing protests within the Church itself and from civil society sectors and the IT community about the unsatisfactory performance and preparations of the Comelec for the coming elections, and the questionable legality of using the highly-flawed 2010 PCOS technology once again in 2013 (in view of the continuing court case between Smartmatic and Dominion). The additional pages in what’s now the PPCRV’s voter’s education program, however, mislead the voters into thinking that the flaws of the AES have been adequately addressed.

But the fact is that COMELEC has refused to address the glaring flaws of the PCOS system.

It will be noted that in the original SLB manual, discussion of the PCOS election system was intentionally NOT included because of the unresolved controversies surrounding it.

In the outside back cover of what’s now the PPCRV voter’s manual, it printed the logos of the more prominent member-organizations of TASK FORCE 2013, giving the impression that they provide direct endorsement of the altered manual. It appears, however, that these organizations WERE NEVER CONSULTED AT ALL.

This is what appeared in the site of TASK FORCE 2013: "the biggest nationwide consortium of academic institutions, electoral watchdogs and stakeholders that aims to continue the efforts and initiatives of the latter in broadening venues for the maximum electoral participation of the seven (7) vulnerable sectors—namely: (1) First-Time Voters, (2) Overseas Absentee Voters, (3) Elderly, (4) Persons with Disabilities, (5) Indigenous People, (6) Internally Displaced People and (7) Detainees and the Filipino Electorate in the 2013 and 2016 elections”.

Recall that PPCRV was the lead agency in the triangular group tasked to conduct the Random Manual Audit (RMA) of the May 2010 presidential and local elections. RMA was supposed to have been conducted of randomly selected precincts across the country within 15 hours after polls closed. The aim was to validate authenticity of poll results in those precincts---a most critical aspect of the AES. But PPCRV, in fairness, undoubtedly because it was the first automated exercise in PH, failed to complete the task, and submitted only 75 percent of audit results a month after the elections. This is one of the factors that led to the questionable results of those elections.

For the 2013 elections, “Government Watch” under civic leader Raul Concepcion has advocated that Namfrel be tasked for the crucial RMA job, undoubtedly because of its nation-wide organization and long track record in our electoral exercises. I support that call.

Frankly it’s difficult to second-guess the game PPCRV is playing with recent moves such as its seeming partisanship toward Comelec and the intellectual property violation vs. the SLB voters' manual. The day after the results of the first---and judging from Chair Brillantes’ comment---what's going to be the only simulated election and testing of the PCOS machines for the coming elections---it will be recalled that PPCRV Chair Henrietta de Villa came up right away with the verdict about the smooth and flawless dry-run, when it turned out to be studded with shortcomings light as well as serious.

By now it should be clear to Church authorities that PPCRV should no longer be allowed to carry the name “Parish Pastoral Council” as it has become quite secular and devoid of the distance from Comelec needed of a church-related watchdog---especially in the light of the highly critical stance the Church had taken in its Jan. 28, 2013 Pastoral Letter regarding the AES.

For comments/reactions, please email:
Polbits@yahoo.com
Posted by Veteran Journalist and Relentless Advocate of Truth at 6:43 PM