Today, Gaudete Sunday, world mourns slaughter of innocents in Connecticut, while here at home we think of the “niños innocentes” to be affected by multi-billion peso bombardment of contraceptives if RH is passed. Salute to 104 reps courageous enough to ignore Palace pressures, and many more who'll vote tomorrow to stop this terrible bill. Deputy Speaker Crispin Remulla forsakes pro-RH bloc over “economic reason.” 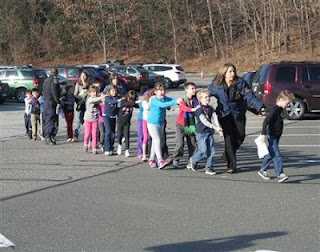 The world mourns and condemns the horrible killing of 20 children ages 5-10 years old and seven adults in a school in a small town in Connecticut, USA.  This nightmare has been termed America’s Day of the Innocents, and grieving is universal especially since this took place while the world is in the midst of the Season of Love and Grace, as symbolized by the coming birth of the Christ Child. 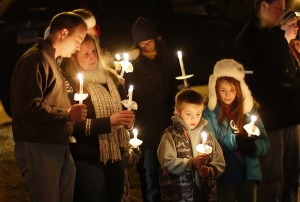 Here in the Philippines, as we approach Christmas and the Feast of the Holy Innocents on Dec.28, we also cannot help thinking of the millions who will be killed in their mothers’ womb through the carpet-bombing of some P3.5 billion yearly of contraceptives from abroad, being pushed by RA 4244, the RH Bill.

One wonders why President Aquino is pushing this bill in this season---today, the third Sunday of Advent, is Gaudete Sunday, meaning Sunday of Joyful Rejoicing over His anticipated coming--- when we Filipinos as well as our balikbayan compatriots from all corners of the world ought to be united in celebration of our unique Pinoy Christmas? Why did the President go to the point of certifying the bill as urgent, in order to short-circuit its process of approval?  Why couldn’t it have waited until the resumption of session on Jan. 21 up to Feb. 8, when Congress adjourns for the election campaign?

Why is it that the Palace is employing such hard-ball tactics as dangling P280 million packages containing the solons’ PDAF, projects, proceeds from the road-users’ tax and the Speaker’s bonus per congressman (reportedly equivalent to their one-month salary of P97,000 each) to get this RH bill approved by the House, as per revelation of ACT Rep. Antonio Tinio in Manila Standard last Dec.6?

Why is the Palace even threatening to withhold all these benefits from those who wouldn’t vote for the RH bill, as Tinio said? Or would it be, as the solon asserted, that out of the goodness of P-Noy’s and Speaker Feliciano Belmonte’s heart, they will still finally release these packages to anti-RH solons, but only after the elections---when their need is no longer acute?

When confronted by this reality of our nation and people bitterly torn up over this bill in this most beautiful season of the Filipino Christmas, some anti-RH advocates are led to conclude that it’s the multi-billion dollar funding from abroad that’s driving the RH program---the huge lobby of giant foreign pharmaceutical companies, UN agencies and the US State Department’s program of population control of poor Third World countries that traces back to the days of Nixon's Secretary of State Henry Kissinger in the early ‘70s.

Many columnists here have written of that secret memo from Kissinger that allegedly sought to control the resources of underdeveloped countries in Africa and Asia for utilization by the US in its imperialist drive. And looking back at the turn of events, there's good reason to sustain this belief.

The “Purple Ribbon for RH Movement,” in its full-page advertisement today in Philippine Star, lauded the 113 representatives who, “courageously cast their YES votes during the historic approval on second reading of the RH bill, and the many more who will vote for it on third reading, as well as the Senators who remain steadfast to assure the approval of their kindred version.”

But I submit that far more laudable and courageous are the 104 representatives who, against overwhelming pressure from the Palace and its subalterns in the House, still found the courage to vote against the RH bill---knowing full well that by so doing they could individually lose many millions in pork barrel and other benefits they could use for their election campaign, and which their pro-RH colleagues are assured of.

Heroic indeed are these 104 reps and the many solons who will fearlessly join them tomorrow at the third and final voting---and we should remember them come election time.

As to the question whether a “Catholic vote” exists, one has only to see the many hundreds of red-attired people who troop to the right gallery of the House day in and day out during its deliberations, oftentimes up to the wee hours of the morning, to be convinced of this fact.

The Catholic vote will snowball as the elections approach, and politicians can only ignore it at their peril.

Pro-RH advocates insist that contraceptives and corresponding population control are the answer to the poverty of the country---control births in the poor families and wipe out poverty, so the pro-RH say. But even if these families were to curtail the number of children, it’s a fact that they’d still remain poor. Why? Because many heads of families are uneducated and bereft of skills training, and therefore unable to compete in a highly competitive world for scarce jobs.

Among recent nations that have risen to First World or near-First World standards, South Korea stresses the lesson that it was its growing economic prosperity over the decades that drove down its high birth rate. Why? Because many hitherto poor couples attained opportunities for economic advancement, busy at times even in two simultaneous family businesses.

The pro-RH people are reducing this argument to the point of stupidity, when there’s a lot of empirical data to show that the more educated the woman is, the less children she has, whereas it’s the women with the least education who have the largest. Thus, the contrast: 4.6 for women with no education to 2.8 for women with at least a college degree.

There’s also empirical data to show that our population  growth rates have been declining. Dr. Romulo Virola, head of the National Statistical Coordinating Board (NSCB) has written: “Consistent with declining population growth rates, FIES data show that the population of larger families is on the downtrend. Between 2000 and 2003 the number of families with sizes 1-3 and 4-6 increased annually by 10% and 3.5%, respectively while that of families with sizes 7-10 and more than 10 decreased by 2.7% and 5.5%, respectively."

Data also show that PH’s fertility rate went down from 7% in 1960 to 3.1 % in 2009---downward indeed.  On the other hand, PH population growth rate decreased from 3% in 1960 to 1.8% in 2009. How much lower indeed can the country afford, without hurting its economic standing among nations? It’s a fact that PH’s robust and young labor force is the envy of our region and the greying countries of Europe.

I had a chat recently with Deputy Speaker Jesus Crispin Remulla, who startled the House session hall last Wednesday when he asked that his co-authorship of the RH bill be withdrawn and he voted to abstain.  Remulla, one of only two deputy speakers earlier regarded as pro-RH out of the six in this post (the other four are anti), said that what prompted him to quit the pro-RH bloc was what he termed the “economic” reason.

Remulla believes that far from regarding population growth as a problem to lament and control, we should regard it as a boon. He argues that PH is among the very few nations in the world to have this edge and we should take advantage of it by cornering foreign direct investments (FDIs).

Remulla is correct: We should, but we do not. In fact, PH remains second from the bottom among ASEAN countries in attracting FDIs, which, in turn, can be blamed on poor and conflicting economic policies here that fail to inspire confidence among foreign investors.

The poor economic climate is the reason PH is poor, and bombarding the population with contraceptives as a population control measure is a poor attempt to camouflage it.

Posted by Veteran Journalist and Relentless Advocate of Truth at 5:54 PM