The next few days will be crucial to three judicial institutions: the SC, the JBC and the IBP. Justice Abad tops IBP mock elections. Will Abad be the ideal "transition CJ" P-Noy's looking for: staying long enough (until May 22, 2014) to institute reforms and then make way for the Dragon Lady? If she gets appointed in 2014, she'll stay on for 17 more years, covering four presidencies!. 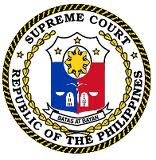 Three institutions critical to the judicial life of the nation appear to be headed for a showdown in the next few days---the Integrated Bar of the Philippines, the Judicial & Bar Council (JBC) and the Supreme Court. What will happen interrelatedly within these institutions in the next few days bear watching  for their implications on the rule of law and due process, as well as the independence of the judiciary and allies institutions either set up by the Constitution or mandated by Congress.

The IBP, the official organization of the country's lawyers that was set up by law, is investigating three cases of disbarment filed against Justice Secretary Leila de Lima by lawyers Ricardo Rivera and Agustin Sundiam last year.  These cases, which the IBP is now investigating through a special commission it has set up,  involve De Lima's defiance of the SC's order lifting the DOJ's travel ban against former President Macapagal Arroyo last November 22, when she wanted to seek medical treatment abroad. At that time the Court argued that the ban could be lifted inasmuch as there was no pending case against GMA, then confined in St. Luke's Hospital in Global City.  De Lima, however, defiantly barred the former President from leaving the airport that night on the argument that she was a flight risk.

The other case involved De Lima's out-of-turn statement against Chief Justice Renato Corona during his impeachment case, where the "Dragon Lady" called the CJ "a tyrant who holds himself above justice and accountability."

The problem is that from all appearances De Lima seems to be Malacanang's choice for Chief Justice, but because of these disbarment cases, she may be shut out of the JBC's short-list of CJ nominees to submitted to the President, despite Palace officials' public lobbying for her.  Her fate at the moment lies with the IBP, which seems determined to pursue the cases after the SC endorsed them to it. The problem is, will it cave in to the Palace's pressure and make a moro-moro of the cases?

The second showdown case involves the Supreme Court which has scheduled a hearing tomorrow morning on the motion for reconsideration filed by the Senate on the SC's decision last week to recognize only one vote for both chambers of Congress in the JBC, as petitioned by former Solicitor-General Frank Chavez. (I have disagreed with this swaggering lawyer a number of times on issues, but I must take my hat off to him for his daring to challenge Congress on the JBC vote in the SC. The practice of giving the two chambers two votes---clearly against the Constitution---has gone on for a long while now, but no one has dared to question the JBC on this matter before).

As a protest against the SC's one-vote decision, the Senate and the House have stopped their representatives from participating in the current JBC deliberations. Now it's Joker Arroyo, who had earlier criticized his chamber's "defiance" of this SC ruling, is scheduled to argue the Senate's stand before the SC (why not Senator Franklin Drilon or Francis Pangilinan or TG Guingona? Why Arroyo when he was critical of the boycott?).

As I had written in an earlier blog, admittedly the framers of the Constitution had thought that there would only be one chamber of Congress, hence their allocation of only one vote for it in the JBC. But as lawyers argue now, the SC cannot make a decision based on an error in the Constitution. It has to interpret the Charter's provisions based on what these say---and the Constitution clearly says only one vote for Congress.  The SC will have to throw out the Senate's MR, and the members of Congress have to live and work with this error until the Charter can be amended.

The IBP, standing pat on its investigations of Secretary De Lima, is reminding the JBC that under its own rules, candidates for judicial posts with pending criminal or administrative cases may not be included in the short-list for the President. Moreover, in a resolution approved last Friday, the IBP also cited that the SC has initially determined that there was merit in the complaints vs. De Lima, thus "justifying a full-blown---not just a summary investigation."

The precedent-setting case often cited here is that of former GOCC Chair and later Justice Secretary/ Solicitor-General Agnes Devanadera who was considered several times by President GMA for a seat in the SC. Devanadera's nomination, however, failed to be considered by the JBC owing to some charges against her  before the Ombudsman. Compared to De Lima's very serious defiance charge against the SC, however, those vs. Devanadera were not even formal charges; and yet she was shut out of the nomination. Sen. Francis Escudero, when he was still participating in the JBC deliberations earlier in this round, stressed that the JBC has to be "consistent" about nominees facing charges, clearly referring to the Devanadera precedent.

As I stated above, there are valid concerns about whether the IBP can truly take an independent course of action on De Lima, given the Palace's pressure to put her on the JBC's short-list come what may.
But there's perhaps a bigger question here:  would the JBC consider the pending investigations by IBP into complaints vs. De Lima as valid ground for shutting her out of that list? Ultimately this would be read as standing up to P-Noy.  Is the  JBC, which is constitutionally-mandated to screen and recommend presidential appointments to the judiciary, ready for a showdown with the Palace on this issue?

There are some observers of the judiciary, however, who suspect that THERE COULD BE A WAY OUT in case the JBC shuts out De Lima from the short-list owing to the IBP's pending investigations against her---and given the Palace's obvious bias for her (as presidential spokesperson Edwin Lacierda put it, "The President is very comfortable with her.").

If you readers note, at the IBP's monthly board meeting very recently, the 22 members of its Board of Governors and 13 national officials held a mock election of their preference for the post of CJ. Interestingly, but not surprisingly, the nominee who emerged as their No. 1 choice was Associate Justice Roberto Abad,  followed by Associate Justices Ma. Lourdes Sereno and Arturo Brion.  Justice Antonio Carpio, who was criticized in a daring Manila Times front-page editorial recently for alleged machinations of the law firm he founded but who has won endorsements from a couple of influential columnists, came out only as No. 6, tied with PCGG Chair Andres Bautista. On the other hand, Secretary De Lima, who, by the way, was also severely chastised by the Manila Times, was nowhere in the top 8-10 choices of the IBP officials.

The IBP lawyers' top choice of Justice Roberto Abad was not surprising, for his name is being invoked in many circles as a possible healer of the judiciary's wounds and a no-nonsense reformer---the best possible appointee to a fractious court after the bloody Corona impeachment. Abad was an Ateneo Law School Dean's List-er who began his law practice in the office of the famed Jose Wright Diokno and taught political law in, among various schools, the UST as recruited by the late CJ Roberto Concepcion. In his speech at the IBP as nominee, Abad spelled out a series of reforms he envisions in the Judiciary which was well received.

But perhaps the best argument for Abad, as far as President Noynoy may be concerned, is that he could be a "transition CJ" as he will only stay for less than two years.  He'll reach the mandatory age of 70 on May 22, 2014, enough to be able to institute crucial reforms, but also short enough for P-Noy to appoint his choice of (heaven forbid!) the Dragon Lady.


If De Lima becomes CJ in 2014, after Abad retires, this means two years in P-Noy's presidency, plus 15 more years touching three other presidencies--- because she'll turn 53 years old only this Aug. 27!
Posted by Veteran Journalist and Relentless Advocate of Truth at 4:52 PM