IBP helped make JBC selection process for next CJ more transparent and with more intellectual gravitas; Justice Lourdes Sereno makes hard-sell pitch for her credentials at forum; P-Noy labors on SONA for two weeks, was invisible during the storm and floods. 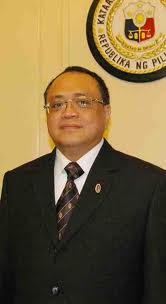 The Integrated Bar of the Philippines (IBP), led by its president, Atty. Roan Libarios, launched last week two forums at its conference hall in Pasig that dwelt on various aspects of the selection of the next Chief Justice. These forums were laudable, as they contributed to greater transparency and hopefully more intellectual gravitas to the selection process that's so crucial to the nation's life.


The Constitution has entrusted to the Judicial and Bar Council the  screening of nominees for the top judiciary post and the drawing up of the short list from which the President will choose his appointee. Over the years, however, little information about the selection process has filtered down to the people. Thus, the interviews of CJ nominees that the JBC will open to the public via TV for the first time this year (starting this Tuesday) hopefully  be more thorough and in-depth.


The relative secrecy and shallowness of the JBC’s screening/selection process is unlike the process in the US which is quite open and public. This is because  presidential appointments to the US Federal Supreme Court and other courts pass through the tough high-profile confirmation process by the Commission on Appointments of the US Congress.


For instance, I followed the confirmation proceedings for the two most recent female appointees to the US Federal SC over CNN, and found them to be so incredibly thorough. In the case of Justice Sonia Sotomayor the CA members combed through all the decisions she had penned since the start of her judicial career and grilled her on them---probably because Sotomayor is the first Latina to get to the US SC. Wow!

The JBC screening process for our court nominees here is nowhere near the US CA's kind of thoroughness. Thus, the recent IBP forums were welcomed as adding to the transparency and depth of the CJ selection process here. May we have more of them.

The interest in the next CJ has becom keen inasmuch as the impeachment process for Chief Justice Renato Corona is deemed as having set a higher bar for his successor and other members of the SC. This is only right, so that Corona's sordid conviction---deemed by many of us as a purely political process that was unjust and with little legal and moral basis---would not have been in vain. Hopefully a real catharsis.


The resource persons highlighted the various criteria for selecting a CJ, as provided by the Constitution, as well as qualifications they personally deem necessary in the nominees in view of the recent impeachment. They also stressed the reforms needed in the judiciary, such as the need for an inspirational and unifying leader, more openness and transparency in handling the judiciary’s budget,  speedier dispensation of justice in clogged courts, and attracting the right people to the bench.

The second IBP forum last Friday drew about a dozen of the 24 CJ nominees who had been initially screened by the JBC. There’s no need to repeat those names as they have been announced in the media, except to note that the most high-profile nominees, Justice Secretary Leila de Lima and Acting CJ Antonio Carpio, didn’t show up (was the IBP forum too small for them?).

Another interesting point was that while most of the nominees---among them SC Justice Roberto Abad, law deans Raul Pangalangan and Amado Valdez, PCGG chair Andres Bautista and Comelec Commissioner Rene Sarmiento---chose to dwell on needed reforms in the judiciary as they saw  fit, the lone nominee who did a hard-sell of her credentials was Associate Justice Ma. Lourdes Sereno, P-Noy’s first appointee to the SC. 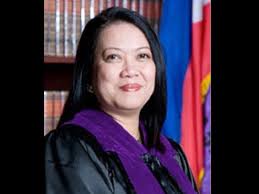 Justice Sereno, 52, is conceded to be among the more brilliant SC magistrates; but at that forum I thought (and this sentiment was doubtless shared by many in the audience) that she stressed a trifle too emphatically her work experience, competence and integrity. Many doubtless thought Sereno came across as masyadong bilib sa sarili, as she promised 18 years of “great possibilities” at the SC if appointed.

On the eve of the third SONA of President Aquino, the nation stands in breathless expectation of what he'd say. He has been quite incommunicado despite the storm and floods in the metropolis and  the Palace says he has been working hard at the draft.  The SONA is an annual accounting by the Chief Executive to the nation and the pluses and minuses would have to be there, as well as many promises kept and still to keep. By general consensus, however, P-Noy's two-year old administration is deemed as having earned more minuses, deficiencies and shortcomings than pluses and fulfilled promises, than those of his predecessors.

Thus, to cover up for the negatives P-Noy is expected to be more generous than his predecessors in exaggerating claims and resorting to all the tricks of the trade that all Presidents take recourse to every year---to merit a passing grade from the nation.

In continuance of his “daang matuwid” he's expected to drag the spectre of detained GMA and ousted Renato Corona across the national stage once again; but this time he shouldn’t expect much sympathy. For there are clear segments of the populace who feel that GMA has been persecuted beyond justice (no convincing evidence on both the electoral sabotage and  PCSO plunder cases), and that Corona was “politically assassinated,” to borrow TeddyBoy’s memorable phrase.

Besides, many other problems are crying for resolution and judging from recent surveys, Filipinos of all social classes are urging our President to devote more time and energy to them, rather than remain obsessed with his persecution game. What are those problems?

Criminality has risen in Metro Manila by 61 percent and in fact, Star’s columnist Babe Romualdez wrote today about a European diplomat and his wife being attacked in Quiapo recently while taking a look at the market there. Babe also related how the wives of a European and an Asian ambassador, respectively, found their handbags slashed and cell phones snatched in areas considered safe.  Babe, who has been quite pro-Aquino, rightly points out that once diplomats are victimized, that’s bound to hurt the country's tourism.

While the economy has become quite attractive to foreign investors, given our two recent investment rating upgrades and the worsening of the Eurozone’s problems, the investments still haven’t come to our shores. Investment bankers ascribe this to continuing perceptions of instability and conflicting or fickle business policies, e.g., EO 27 on mining.  On the other hand, the administration’s much-touted Private-Public Partnership (PPP) is now derided as only a “power-point-presentation” since only one PPP project has come in over the last two years.

The conditional cash transfer (CCT), a.k.a. the Pantawid Pampamilyang Pilipino Program (4Ps), doubtless will be lauded as the major weapon against poverty in the SONA.  The CCT began as a P10 billion project in GMA’s time, but this was discontinued soon after because of the enormous difficulty in monitoring it and the quick realization of its immense potential for abuse and corruption.

P-Noy picked it up and zoomed it to the skies too fast, with too little planning to back it up. This year the CCT was granted P35 billion which is programmed to shoot up to P45 billion next year. But the COA recently come out with an extremely disconcerting review of the CCT that reported various anomalies. These include deficiencies in the screening process that has resulted in multiple payments to beneficiaries, the inclusion of those “not extremely poor,” unliquidated fund transfers, etc.


These shortcomings have prompted COA to cast “doubt on the propriety and regularity of the disbursements of the 4P grants as well as the reliability of the balance of the cash in banks, local currency current accounts (of various 4Ps accounts), etc. Small wonder that in coffee-shops the CCT is now called "Dinky's and P-Noy's ATM."

But these sordid details about the CCT uncovered by COA should surprise no one, for this is what always happens when so much money is lying around with too little planning, loose accounting and even looser screening (to be left to politicians for the 2013 elections).  The galloping funding of the CCT is conducted at the cost of cutting down the budget of state hospitals ministering to the poor, and state colleges and universities, and the proper implementation of PhilHealth.

Congress---and not just the LPs there--- should review this program before it’s raised to nearly P50 billion, much of which could sadly be wasted away by the politicians.

For comments/reactions, please email:
polbits@yahoo.com
Posted by Veteran Journalist and Relentless Advocate of Truth at 9:31 PM