UP Alumni Association rocks with Serafin Cuevas, who bagged its “Lifetime Distinguished Achievement Award.” Ph lends IMF $1 billion with its left hand, but continues to borrow with its right hand from IMF’s twin, the World Bank, especially for discredited CCT. That loan a political time-bomb for LPs in 2013. 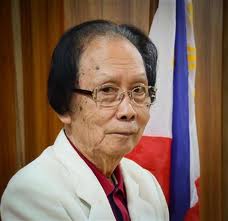 Some pockets of the University of the Philippines, such as the UP College of Law, are dominated by the yellows. But last Saturday at the 2012 General Alumni-Faculty Homecoming and Reunion at the Bahay ng Alumni in the UP Diliman campus, attendees went wild over Serafin Cuevas, whose major lifetime achievement perhaps was that he was the illustrious lead defense counsel of Chief Justice Renato Corona in the celebrated Senate impeachment trial concluded a month ago.  The lion of the 2012 impeachment trial became the undisputed rock-star of the UPAA Alumni Homecoming.

Cuevas was one of five awardees of the coveted “UP Alumni Association (UPAA) Lifetime Distinguished Achievement Awards” and as he was called, tumultuous cheering erupted from the alumni. Afterwards everyone seemed eager to grasp the hand of the balding legal eagle, a shy smile pasted on his face, and the alumni began pulling him here and there for picture-taking.

The UPAA Lifetime Distinguished Achievement Awards are extended to senior individuals who, “in the course of a career that is completed or nearly so, must have consistently rendered illustrious and meritorious service and achieved distinction in her/his areas of endeavor, which altogether clearly made the nominee a credit to her/his profession and to the University. The nominee, furthermore, should be an outstanding citizen who has led an exemplary life.”

The 83-year old Cuevas, a graduate of the UP College of Law class ’52, boasts of long public service as former Associate Justice of the Supreme Court, Secretary of Justice in the Estrada administration, distinguished trial lawyer and criminal law professor.  But this “Lifetime Distinguished Achievement Award,” for which he was nominated by the UPAA Search and Awards committee in late February this year and affirmed by the UPAA Board of Directors in April, was undoubtedly rendered to him in recognition of his brilliant leadership of Corona's defense team.

In an interview last Sunday over GNN by former Sen. Kit Tatad, the former SC Chief Justice, in his first TV interview since his Senate conviction, publicly paid tribute to his defense team led by Cuevas. He termed them “heroic” as they fought against all odds and the massive marshalling of powers by the administration. Corona said his defense team “gave much more than I expected of them.”

Ironically, however, despite the fact that Corona’s formidable defense team was able to demolish the prosecution’s evidence at every turn, such as the alleged “45 properties" and the "82 dollar accounts” irresponsibly presented by Ombudsman Conchita Morales, CJ was convicted just the same by the Senate---indisputable indication that outside forces had factored into that convict-decision.


Obviously the UPAA “Lifetime Distinguished Achievement Award” to Serafin Cuevas was recognition not only of his legal prowess in a career spanning over 40 years, but also of his brilliant leadership of Corona's defense team as it heroically battled those "outside forces" against all odds.

An interesting sidelight was that Senate President Juan Ponce Enrile, who presided at that Senate impeachment trial and led the 20 who convicted Corona, was also earlier considered by the UPAA Search and Awards Committee for the “Lifetime Distinguished Achievement Award." But the 88-year old veteran politician failed to make it to the finals.


Thus, in a real sense, the UPAA's "Lifetime Distinguished Achievement Award" may also be regarded as a referendum among the UP alumni on the conduct of the Senate impeachment trial of 2012, as well as on the rule of law.

As cited earlier, the warmth accorded Cuevas is like the rock-star treatment of Sen. Miriam Defensor Santiago who is mobbed everywhere she goes and unexpectedly got a standing ovation at a Lisa Macuja performance recently. In her native Iloilo, fellow Ilonggos Neil Tupas and "senator-prosecutor" Franklin Drilon are nowhere near her celebrity status. Incidentally, Tupas reportedly wants to run for the Senate in 2013 under the LP, but President Noynoy apparently is not impressed with his handling of the prosecution and has nipped Tupas’ senatorial ambition.

On the other hand, Sen. Bongbong Marcos, one of the three senators, along with Miriam and Joker Arroyo, who doggedly went against the conviction tsunami despite tremendous pressures and inducements, has been besieged with speaking invitations from all over the country.  So is Joker Arroyo warmly received everywhere, except that unlike his two ebullient colleagues who obviously relish celebrity, Joker remains reclusive.

For Cuevas and the three pro-acquittal senators, the adulation they continue to receive a full month since Corona’s ouster is obviously part of the continuing sympathy for the former magistrate over the grave injustice and grave abuse of discretion done to him by the “Sanctimonious 20,” and the unscrupulous prosecutors, who resorted to all kinds of dirty tactics and the most ruthless trial by publicity an official has ever been subjected to.

Interestingly, the Palace propaganda machinery recently published supposed an SWS survey result that 70 percent of the people approved the conviction of Corona. Yet the same survey also said that an overwhelming majority disapproved of the conduct of the Senate trial.

So which is which? Obviously the warm reception to Cuevas and the three acquittal senators is not fake. 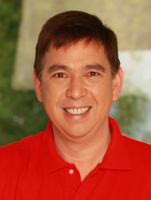 The P-Noy administration is reaping enormous criticism for the Bangko Sentral ng Pilipinas' decision to lend a whopping $1 billion to the IMF, purportedly to help shore up the distressed economies of Europe and forestall a new world recession. The offer was made by the Philippines at the recent “Group of 20” meeting in Lagos, Mexico. A staunch LP ally of P-Noy, Sen. Ralph Recto, questions how that loan could have been done without the approval of Congress or at the very least, an appropriation cover from it. We’re as surprised as you are, Mr. Senator.


Recto's LP colleagues, notably Sen. Drilon, are seeking to justify the $1 billion loan as an independent decision of the BSP---wala daw pakialam ang national government dito. Perhaps strictly speaking, this is so. But it's such an unwise decision from the political standpoint, especially with the 2013 elections less than a year away. Can you imagine the impact of this loan on the jobless and hungry masses attending the UNA's rallies?

The respected Prof. Leonor Magtolis-Briones, former National Treasurer in the Estrada administration, points out that Ph has no obligation to lend this $1 billion as we are not even a member of the Group of 20 where the appeal for loans was aired.  Briones argues that the obvious motive of the administration is to impress the foreign community that we are no longer a debtor (having exited from the bitter IMF prescription program in 2006, DURING THE GMA ERA, as Star columnist Dick Pascual pointed out), but a creditor-nation. Briones stressed, however, that in so doing we’re impressing no one---for the fact is that we are still a big borrower from the World Bank, the US, Japan, etc.

I know for a fact that an enormous portion of the Conditional Cash Transfer (CCT) program of P-Noy, which is expected to balloon from P35 billion to P49 billion next year, is borrowed from the WB. This, even if the CCT has not been fully audited and serious doubts about its efficacy has been aired by many leaders since the incidence of poverty has been going up despite this two-year program.

Thus, we will lend $1 billion to the IMF with our left hand, but continue to borrow heavily with our right hand from the WB which is IMF’s twin-institution.  Note that WB-IMF, always referred to as hyphenated, are known as the “Bretton Woods Twins,” having been “born the same time” in July 1944 in the tiny New Hampshire village of that name. They serve as twin inter-governmental pillars supporting the structure of the world’s economic and financial order.  Thus, we really fool nobody with that $1 billion loan facility to the IMF.

Instead of lending out that gargantuan amount, the P-Noy administration should invite the BSP to invest more in poverty alleviation schemes that REALLY WORK. In an earlier blog I wrote about a scheme devised by the DSWD as a variation of the CCT, whereby women from very poor families were chosen, “seminar-ed” and primed for a project that would capitalize them with small loans, to help them set up small businesses.


These could involve little neighborhood sari-sari stores where the women-borrowers can repack charcoal into small P30 bags or a tin of lard into tiny packs, etc., or to set up little center sewing rugs and mops out of basahan. Trust our industrious women to get into such small businesses to generate daily sustainable incomes.

What happened to that scheme?  In the neighborhood I’m in touch with, after the women completed all documentary requirements at a big sacrifice, using their scant resources, the small livelihood loans never materialized (were they channeled into the pockets of the CCT administrators?).


That $1 billion BSP loan to IMF is certain to be a political time-bomb in the 2013 elections.

For comments/reactions, please email:
polbits@yahoo.com
Posted by Veteran Journalist and Relentless Advocate of Truth at 9:38 AM