Tectonic shocks in business and banking community over unauthorized float of bank records. If Tanada’s serious about making SALN “more respectable again,” he should begin with disclosure on who among the 188 impeachment signatories filed or did not file their SALNs. 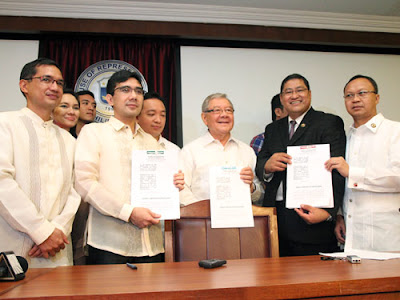 Just before noon yesterday, a magnitude 6.9 earthquake hit the Central Visayas, sending people into panic over possible tsunamis. But while they were still trying to cope with the aftershocks (over 700 recorded) the banking and business community here was also being subjected to tectonic shocks over the Senate’s majority decision, arrived at after a nearly 1 1/2 hour caucus, to grant the prosecution’s request for the subpoena of bank records of Chief Justice Renato Corona from the PS Bank and BPI.  From accounts, the Senate caucus was quite heated, with some senators virtually shouting at one another; most notable was the fiery exchange between Sen. Sergio Osmena III, chair of the committee on banks, said to be the main proponent for a subpoena, and Sen. Bongbong Marcos, who worried over the repercussions on the banking community of the opening Corona’s records.

The Senate Court, however, ruled to subpoena CJ’s bank records from 2005 to 2010, “only as they relate to the issue of his SALNs.” In an obvious effort to seek a balance between the right of accused CJ  to protection of his financial records, as guaranteed by RA 1405, the Bank Secrecy Law, and what the Court felt was the need to carry out its task, the Senate sought to install "limits" to its order. In fact Presiding Judge Juan Ponce Enrile took pains to stress that the Senate’s authority is simply to subpoena documents, but it is not “pre-judging the evidence.”

But after the session, Sen. Marcos, confronted by media, reiterated his concern about the way documents  of all sorts have always found their way to media, way ahead of their admission in the Senate Court;  he feared that Corona’s bank records could suffer the same fate. As defense lawyer Rico Paolo Quicho put it, in seeking the subpoena of bank records, the prosecution “is not just on another simple fishing expedition; it has gone into 'dynamite fishing here. ' ” 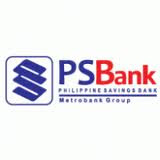 Young Marcos has reason to fear, for as of last Sunday, Feb. 5, a day before the Senate subpoena of the bank records, reports already flooded the media that rappler.com, a media outfit with close links to Malacanang, had already posted in its website the PS Bank account number that allegedly has $700,000 in deposits. People are now asking how this media outfit gets the news ahead of the senator judges?

Obviously there was a breach of internal bank security in the release of the document that was then irresponsibly leaked out by media. It’s episodes like this, more than an impeachment court order that the law allows and the public would understand, that sow fear in the banking and financial community.  Who’s going to be victimized next?  PS Bank and BPI must be discombobulated by this security breach and media irresponsibility. There ought to be a criminal angle to unauthorized disclosures.

In the light of so many unauthorized and “premature disclosures” by the prosecution, as Sen. Gregorio Honasan had also pointed out recently, one really wonders if the senators could be held to their agreement that the contents of those subpoenaed bank accounts be accorded the responsible treatment they deserve.

﻿
What made it worse for the prosecution was that as the questioned bank document began appearing in the internet,  the matter was raised by the defense panel in the Senate session. Where did that document come from?


Senate President Enrile ordered lead prosecutor Niel Tupas to explain the surfacing of the document and the latter admitted having received it from his prosecution colleague, Rep.Reynaldo Umali of Oriental Mindoro.  Umali then made the incredible claim before the Senate that he received the document late last week at the Senate from a “short lady” he didn't know, and immediately turned it over to Tupas, who, in turn, claimed that he then attached it to their request for subpoena of Corona’s bank records from the Senate.  As the prosecution has been ruthlessly releasing all kinds of documents on the Corona family to the media, a lot of them with false information, it's entirely believable that it had a lot to do with that document, in connivance with a conspirator inside the bank.


Majority Floorleader Vicente Sotto suggested that the incident be probed as it must have been caught by the Senate’s cctv cameras.
This is as it should be, for the incident has serious and far-reaching implications for the banking system.  Yesterday the defense panel, when queried by media about the “short lady” episode, refused to comment, for as lawyer Jose Roy III said, doing so could make the defense a party to what could be a serious criminal offense.


Incidentally, the prosecution was quick to deny, as media facetiously queried, that the “short lady” referred to is BIR Chief Kim Jacinto Henares.

Rep. Erin Tanada, principal author of the Freedom of Information (FOI) bill pending in the House, was quoted as saying he wants to impose stricter guidelines on the filing of SALNs. One of his proposals is to insert a provision in the FOI bill that would bar public officials from making any corrections on their declared SALNs, once these are posted on government websites. Tanada was obviously thinking of Sen. Ralph Recto’s earlier clarification in the Senate that officials accused of inaccuracies or discrepancies in their SALNs, such as CJ Corona, can still make corrections within a given period, as per a Civil Service Commission ruling.  Recto's revelation was the antecedent of Senate President Enrile’s assertion to prosecutor Elpidio Barzaga that those discrepancies in CJ’s SALNs do not constitute “high crimes” punishable by impeachment.

But if Erin Tanada is serious about making the SALN “respectable” again, perhaps he could provide the public with the list of members of the House who signed the Corona impeachment complaint, but who themselves have failed to file their SALNs. Media reports say that as many as 185 of the 188 signatories did not file their SALNs. This is ironic, for Article II centers on the alleged failure of Corona to disclose his SALN, but here are members of Congress FAILING ALTOGETHER TO FILE THEIRS.  Perhaps the Secretary-General of the House, who is tasked to receive the SALNs of House members, could clarify for the Filipino people just who filed or did not file among the legislators.

For that matter, I hear that a number of senators, too, feel a bit guilty about splitting hairs over CJ’s discrepancies in his SALNs, when they are worse in their own SALNs---and NO ACCOUNTING of their P270 million pork barrel and huge committee budgets and allowances.

But before House members should be faulted, perhaps Rep. Tanada could suggest that his Liberal partymate President Noynoy first answer queries about his own SALN, e.g., why P-Noy’s net worth in 2010 jumped by 55 percent over that of 2009?  Then too, as columnist Winnie Monsod pointed out in her Jan. 28, 2012 column, there are glaring discrepancies in P-Noy’s SALN: for instance, “a piece of agricultural land in Concpecion, Tarlac, acquired in 1987, was declared as inherited in 2006 but as purchased in 2009. Or another piece of agricultural land, this time in Capas, Tarlac, acquired in 1985 (inherited) was not declared in his 2006 SALN.”


Winnie also pointed out that P-Noy declared his Times Street residence as acquired in 1985 (by inheritance), but it was not included in his 2006 SALN. Moreover, she argued, “the current market value he declared on the (Times) property in his 2010 SALN was P1.96 million---a figure which has not changed since 2007.” Said Winnie: “There is no way that the Times Street property could be worth, at current prices, less than P2 million.”

For comments/reactions, pls. email:
polbits@yahoo.com
Posted by Veteran Journalist and Relentless Advocate of Truth at 1:21 PM