P-Noy’s call for mob rule shows he’s running scared of a Corona acquittal, as big groups mobilize to support CJ. AMLAC inspection of CJ’s accounts at PSBank in last quarter of 2010 shows long-term plan to run after him. How we wish such determination and focus of the President could be shifted to urgent national problems crying for solutions NOW.

A document is circulating in the internet about a purported psychiatric report issued by Fr. Jaime Bulatao, S.J., in 1979 analyzing the psychological and emotional imbalance of Benigno Aquino III, then 19 years old and a student at the Ateneo de Manila where “Fr. Bu” had headed the psychology department. The alleged report spoke of the instability and proneness to melancholia, depression and other psychological instabilities of Noynoy and was floated in media during the 2010 presidential campaign. Then presidential candidate Noynoy denied its veracity, and obviously a big segment of the electorate believed him as he was elected with a wide margin over his rivals.


Now the so-called Bulatao report has surfaced again and was raised by no less than Chief Justice Renato Corona, who challenged P-Noy’s mental and psychological fitness to rule the country. Is the report true or not? In the mind of many people, there is no need for its certification, for the President has exhibited behavior especially toward CJ Corona that may no longer be deemed “normal.”


The way he has come down on Corona with all the forces of government---from his order to the House to impeach him, to the simultaneous investigation of CJ and his family by the BIR and as recently disclosed in the Senate trial, the investigation of his bank accounts by the Anti-Money Laundering Council (Amlac) since the last quarter of 2010---as contrasted to P-Noy's seeming inattention to his other duties and functions as President, can only be interpreted as a sign of disturbed behavior. Not even the late President Marcos was persecuted the way CJ is undergoing trial now in two separate forums.


The President has been ranting and raving against the CJ and has adjudged him guilty EVEN BEFORE THE DEFENSE IS ABLE TO PRESENT CORONA’S SIDE AND PRODUCE ITS OWN EVIDENCE. At a student forum at La Consolation College he even denigrated the Senate proceedings by saying, “Are we going to allow only a few to decide for all of us?” That remark can be interpreted as a call to mob rule in case the CJ is acquitted by the Senate, and P-Noy’s looming inability to accept such verdict. It’s also clear indication that despite recent Palace “surveys” supposedly showing that 77% of the Filipino people find Corona guilty, P-Noy is running scared and unsure that he’ll get the 16 votes in the Senate to convict CJ.


I don’t blame P-Noy if he’s running scared, for there are a number of extraneous factors that will come into play on the senators’ judgment. Consider, for instance, the six re-electionists in the Senate, namely, Alan Peter Cayetano, Koko Pimentel, Loren Legarda, Chiz Escudero, Gringo Honasan and Antonio Trillanes III. They surely are aware that backing up Corona is a major religious group that has always factored into our politics, the Iglesia ni Cristo, so much so that P-Noy reportedly now refers to it as “Iglesia ni Corona,” which does not sit well with its higher ups.

﻿
﻿On Feb. 28 the INC will hold a massive rally in Manila which will reportedly be joined by elements of El Shaddai (it will be recalled that Bro. Mike Velarde had a hand in the appointment of Corona to the top SC post) and Catholic elements.


﻿
﻿There’s also the group of Pastor Apollo Quiboloy whose columns in Manila Standard, titled "Plumbline," I submit, are indication of his leanings. Recently Quiboloy scolded the two high-ranking leaders for their word-war (which P-Noy has been carrying out way way before, with just one slambang answer from CJ the other day that hit home); but in a column dated Jan. 20, 2012, Quiboloy asked Corona’s persecutors “to first prove that they have not committed the same sins they say he did.” "That to me," asserted Quiboloy, “is the important ’predicate’---to borrow a legalese in vogue these days---of this trial. The prosecutors’ fidelity to the SALN law must first be shown before they prosecute Corona for being unfaithful to it.” 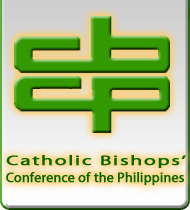 The INC and Pastor Quiboloy’s group have massive command votes that reelectionist senators cannot afford to ignore. In addition, while the CBCP has not gone beyond exhorting P-Noy and CJ to lower their warfare tones, it cannot be denied that various bishops still harbor ill-feelings about the way they were shamed in the Pajero issue and are offended by P-Noy’s all-out support for the RH bill.


For Christendom today, Ash Wednesday, signifies the beginning of Lent, which means fasting, abstinence and mortifications. But for Senate President and trial presiding judge Juan Ponce Enrile, his mortifications had begun much earlier, as he admitted in a speech before the 20th convention of the Integrated Bar of the Philippines last weekend in Laoag City. As he put it before the country's best lawyers, the need to balance the concerns of all parties inside the trial court and rein in the proceedings in a manner that conforms to law have been trying his patience. We all pray that JPE’s health continues to hold up despite this heavy burden.


At yesterday’s hearing JPE bristled at the insistence of the prosecution to expand the coverage of Article 3 to cover matters he felt were beyond its stated scope. This included the prosecution’s accusation that CJ and wife Cristina had availed of numerous travel perks courtesy of PAL’s Platinum Card, even when the FASAP still has a case pending before the SC. Enrile bellowed to the prosecution that if they want to expand Article 3’s coverage, they would have to amend it first, which will take time and delays proceedings further.


In turn, the complaint was poorly prepared because, as the prosecution itself admitted yesterday, it was in a rush to file it---a case of striking while the iron is hot. But as the old adage goes, haste makes waste. Thus, despite the fact that the defense panel’s hands are tied---lead defense counsel Serafin Cuevas complained about the unfairness of the change in trial rules that resulted in the defense’s inability to even challenge the line of questioning or reasoning of a senator-judge who unfairly acts more as prosecutor---the prosecution is not getting the upper-hand because of its bunglings.


The poorly crafted complaint has brought a lot of embarrassment for the House of Representatives. As Deputy Minority Leader Milagros Magsaysay was quoted yesterday, many House members are ashamed of what their colleagues have been doing, while a majority legislator admitted that this is the reason many House members don’t want to show up at the Senate hearings in support of their panel. In fact Speaker Feliciano Belmonte was quoted yesterday as stressing that he ordered a sizable number of representatives to show up at the Senate to show support for their panel.

His patience wearing thin, the Senate President personally undertook the questioning of PS Bank branch manager Annabelle Tiongson last Monday for over an hour, about the visit of QC Rep. Jorge Banal to her, armed with documents purporting to contain information on CJ Corona’s accounts in the bank. JPE felt compelled to do so obviously to hasten the interrogation of Tiongson, whom Sen. Jinggoy Estrada had earlier tagged as possibly the source of the Corona documents presented by lead prosecutor Niel Tupas (I had written in an earlier blog about what appears to be the operation of the “Iloilo Mafia” in this regard).

But later that day Sen. Jinggoy admitted that he was ready to shift his suspicion to the Anti-Money Laundering Council (AMLAC), after PSB President Pascual Garcia, in response to a query from JPE, revealed that a Bangko Sentral ng Pilipinas (BSP) team had conducted an audit of his bank around September to November of 2010. Significantly, it was revealed that included in that audit team was a specialist designated by AMLA, and on sharp questioning by Rep. Bongbong Marcos, Garcia admitted that this AMLA specialist is THE ONLY OFFICER in the team who can look into signature deposit cards. Garcia also admitted, quite significantly, that it was the first time his bank was ever audited, and the accounts of CJ Corona were specifically sought and that PSB "complied with the requiredments."


The conclusion one inevitably drew from the two days of hearing was that this administration had zeroed in on CJ Corona’s persecution ever since the President came into office on July 1, 2010. It would appear that the AMLA representative had identified CJ’s accounts and documented them for future use, and that opportunity came up with CJ's impeachment.


As to the “fake signature cards” that were floated by rappler.com and came into the possession of Reps. Umali/Tupas and Banal through some fairy tales, these had to surface in order for the prosecution to be able to ferret out the accounts via a Senate subpoena, despite the Bank Secrecy Law. But first these docus had to be doctored so that there would be discrepancies with the originals in the bank vault. Among them, the bogus docu bore a “PEP” or “politically excepted person” marking, while the orig had none. This way, the source wouldn’t be made clear. Neat, isn’t it?


One can only wish that our President and his government would be as focused and single-minded on the nation’s problems, such as the deteriorating power situation in Mindanao, the increasing rate of poverty and criminality nationwide, as they are in persecuting underdog Corona.

Posted by Veteran Journalist and Relentless Advocate of Truth at 2:04 PM