Palace loose lips about a ‘Plan B’ if CJ Corona is acquitted to blame for nervous reaction to the cutting off of cell signals during Black Nazarene procession. Battle of the SALNs in SC.

The President’s decision to highlight possible terrorist threats to the Black Nazarene procession last Monday and the subsequent cutting off of cell-phone signals in the vicinity of Quiapo drew various reactions from the populace. It’s a known fact that cell signals can trigger bomb attacks, as they have done in other countries; some thought that the administration was just being prudent and on the job in this move, especially since it was found sorely lacking in response during the Mindanao calamities.  But a good number of people also thought it was quite OA of P-Noy to announce the threats himself in a hastily- called press conference and to call on the people to stay away from the procession. It triggered a lot of nervous reactions from those who feared that P-Noy’s order could be a prelude to the imposition of emergency rule or worse, martial law dictatorship.
As one internet entry put it: “Ang zarzuelang pinalabas ni Noynoy Aquino kahapon ay isang malagim na banta sa karapatan ng bawat Pilipino…Ano ba ang ibig sabihin ng (pagpapatigil niya ng serbisyo ng mga cell phones sa bisinidad ng Quiapo)? Tandaan ninyo na ang mga himagsikan sa Gitnang Silangan, or tinatawag na Arab Spring, kasama na rin ng naudlot na people power sa Iran, ay binuhay ng internet at INSTANT TEXT MESSAGING. Ang pagpipigil kahapon ng signal ng cell phone ay ISANG REHEARSAL para mapigilan ang napipintong malawakang oposisyon sa rehimeng Noynoy Aquino.”
XXX 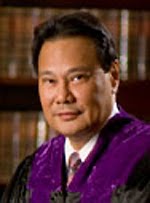 A number of political pundits echoed this nervousness in the populace, and unfortunately the Palace cannot be absolved here, inasmuch as there were loose lips there that earlier had been quick to boast of a “Plan B” to put into operation in case Chief Justice Renato Corona is acquitted in the Senate trial. IBP lawyers questioned just what that "Plan B" meant, when there are only two constitutional ways to get rid of a sitting CJ---to be convicted by a Senate trial court or to voluntarily resign. From every indication, Corona is not going to resign, as he avers that he’s “not fighting for myself but for democracy in this country.”


Since Corona has no intention of resigning but already those loose lips were already bragging about their Plan B EVEN BEFORE THE SENATE TRIAL HAS BEGUN, the logical conclusion of thinking citizens is that the Palace is contemplating extra-legal means in case of CJ’s acquittal. Hence the nervous reaction last Monday. Moral of the story: zip those loose lips.
XXX
The leading yellow paper yesterday gave front-page treatment to House prosecutor Rep. Juan Edgardo Angara who asserted that Corona might have “doctored” his statement of assets, liabilities and net worth (SALN). Young Angara, who’s said to be running for his father’s Senate seat in 2013, made this very serious claim, tantamout to falsification of public documents against the CJ and a criminal offense, solely on the basis that “we (meaning, the House prosecutors) have not seen his SALN.” This unsupported and rather irresponsible claim merited front-page treatment from the newspaper!
Corona has been under pressure from the prosecutors and the Palace to bare his SALN while serving in the SC, but he has resisted this. His argument, as stated in his response to the House Articles of Impeachment is that he has been filing his SALNs with the SC Clerk of Court as the law requires, but that he “has no legal duty to disclose (it and) “Complainants have cited none.” Arguing that Sec. 8 of RA 6713, the “Code of Conduct and Ethical Standards for Public Officials and Employees,” provides that the SALN and the "Disclosure of Business Interests and Financial Connections" shall be filed by Justices with the SC Clerk of Court,  the CJ cited an SC en banc resolution on May 2, 1989, where it turned down the request of litigant Jose Alejandrino to obtain the SALNs of SC members who took part in a decision affecting him.  The SC said there was no “legitimate reason" for Alejandrino's request.
In that resolution, argued Corona,  the SC turned down requests for information that may appear to be “a fishing expedition,” noting how these “could endanger, diminish or destroy (the justices') independence and objectivity or expose them to revenge, kidnapping, extortion, blackmail or other dire fates.” I can see the public clamor for transparency even in the personal documents of SC magistrates, but it's also understandable why the SC would not accede to just any request or demand for SALNs, such as what the prosecutors and the Palace are publicly making of Corona.


It’s foreseeable, however, that the Senate trial court could demand it at some point and the SC Clerk of Court would have to comply. That trial court, however, would be the proper venue---not the media as beneficiary of the prosecutors’ fishing expedition.
XXX
The refusal of the embattled CJ to bare his SALN became more interesting when Senior Associate Justice Antonio Carpio and Justice Ma. Lourdes Sereno, supposed candidates for the top SC post in case Corona is convicted, suddenly gave out copies of their own SALNs to the press, as if to tell CJ that they’re not afraid to disclose their worth to the public. The Palace was quick top praise their move. But press accounts of these two justices’ disclosures were quick to point out that their SALNs merely stated general details of their assets and liabilities and no specifics---in other words, as these justices' critics point out, what they submitted were MERE SUMMARIES.
All along, the prosecutors apparently meant to target Corona’s ownership of a 300 sq.m. penthouse condo in Global City which they said he couldn’t afford on his salary as justice. They correctly assessed that this tidbit would be of far greater interest to the public than any legal point in their complaint; in fact the prosecutors included this charge in par. 2.4 of their complaint. To his credit, CJ Corona chose to answer it directly in page 36 of his response, where he admitted that he and his wife “purchased on installment a 300 sq.m. apartment in Taguig” and declared it in his SALN when they acquired it.  He also asserted that “The truth of the matter is that CJ Corona acquired his assets from legitimate sources of income, mostly from his professional toils.”
XXX
But the prosecutors were not contented and they detonated news of Corona's penthouse property in the media even as they harped at the same time on his continuous refusal to disclose his SALN.  In a subsequent twist of events, however, texts suddenly flew fast and furious about an 800 sq.m. luxury penthouse belonging to Justice Carpio, complete with its own private swimming pool in a posh condo building in Salcedo Village, Makati City, with an estimated valued of over P38 million, which suddenly made the CJ’s penthouse look like poor relation. Carpio’s own set of critics wondered whether his released SALN had stated that condo.

And now, because Justice Sereno chose to bare her own SALN, some lawyers in the know about the gargantuan P2.65 billion fund that she and her mentor, former SC Justice Florentino Feliciano, had handled for the Philippine government to advance its case against Fraport/Piatco in international arbitration courts, are now also wondering whether her fat income from this arbitration case was properly reported in her SALN. This item about the P2.65 billion arbitration fund handled by Feliciano and Sereno first appeared in the Manila Times early last year. 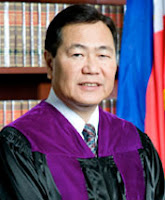 Only Justice Sereno can answer this issue. In fairness to Justice Carpio and his luxury condo, it’s well-known that the law firm he helped found and headed prior to his appointment to the SC, known as “Villaraza Cruz Marcelo and Angangco Law Offices” or more popularly as "The Firm," has been a top biller (authoritative sources place its yearly billing around P6 billion) because of its wide reach of personnel resources. Those who have been to its offices in Global City are simply staggered at its ritziness.  And as Standard’s Emil Jurado noted recently, Carpio belongs to a well-to-do family with substantial holdings in Boracay island.
For comments/reactions, please email:
polbits@yahoo.com
Posted by Veteran Journalist and Relentless Advocate of Truth at 6:44 PM