Ode to a longtime friend on his 75th birthday: Joe de Venecia

My first clear impression about the leadership of then Speaker Jose de Venecia emerged in the aftermath of the hanging of OFW Flor Contemplacion in Singapore in 1995.  President Fidel Ramos was out of the country at that time and in the political turmoil stirred up by that execution, another crisis came up---the rice shortage. JDV moved decisively to convene a council of leaders in various fields to tackle the twin crises. He didn’t seem to worry about whether his moves were politically correct, whereas other leaders chose to bury their heads in the sand, doubtless afraid to bloody their noses. Those twin crises ebbed but etched in my mind indelibly was JDV’s decisive leadership.
His brand of leadership was visible throughout all the years that he led the House as Speaker for five terms, unprecedented in Philippine history. But nowhere was it more evident than when his “Sunshine Coalition,” a.k.a. the “Rainbow Coalition,” passed over 200  economic and social reform measures that helped steer our country through the Asian financial crisis in the second half of 1997. It was a proudly Pangalatok triumvirate at crisis’ helm---FVR in the Palace, JDV in the House and banker Gabriel Singson at Bangko Sentral.

De Venecia has always been an action man. With the media he chose to deal directly. Once, I was in Atambua in the mountain border between East and West Timor, as I accompanied my husband who was then on a mission from Cardinal Sin and ex-President Cory Aquino, handpicked by Namfrel chair Joe Concepcion. He was tasked to bring Filipino doctors and nurses to the aide of Timorese refugees who were fleeing from the machete-wielding native militia in East Timor. That week I had written something in my Inquirer column critical of JDV and the House and he lost no time connecting to me by long-distance phone. Given the state of communications in that God-forsaken border town,  I could barely make him out at the end of the line, but whew, such determination, I rued.
In the House JDV was a powerhouse figure as well as a powerhouse orator. I first encountered this phenomenon when I attended a lunch in Cebu City, where I was on a visit to my husband, then assigned as AFP commander of all the Visayas in the early ‘90s.  JDV was guest speaker at that gathering of local leaders at Casino Espanol and he thundered and rambled on for more than an hour, his carotid veins seemingly going to burst.  I was quite speechless, or rather, shocked.
Over the next few years I saw more samples of this style of delivery especially during the campaign he ran for the presidency in 1998 where he would talk at high pitch on his 7-4-7 economic vision in the semi-darkness of provincial rallies. But it all seemed to hit above the heads of the people, only succeeding in making him sound like a big bolero. By contrast, his opponent, Joseph Estrada, merely grunted and mumbled, but the folks lapped it all up and gave him over 10 million votes.
I mourned JDV’s loss, for I knew that he would have been a most effective president, with his economic vision and political courage. But omnia in bonum: that resounding defeat from Erap produced a changed JDV, especially in his style of oratory. Now he likes to speak in hushed tones straight from the heart, laden with a lot of feeling and wisdom.
In the cocktail circuit JDV has been the terror of ambassadors. In his many dinners for outgoing envoys or visiting world dignitaries, few of them would want to speak AFTER him, for that pre-dinner speech is when he dips from his vast reservoir of knowledge culled from a lifetime of reading and observing the tides of political and economic fortunes.  I remember JDV’s speech at the luncheon he gave for outgoing French lady ambassador Renee Veyret, where he expounded to the French guests on the evolution of the French Enlightenment and its contribution to world political thinking. In the aftermath of 9/11 JDV encouraged US President George W. Bush during GMA’s official call at the Oval Office to lead world initiatives for an inter-faith dialogue. Today it's a bed-rock pillar at  the UN.
In JDV’s later years as Speaker, former Cebu City Rep. Tony Cuenco narrated to me about the visit to the British Parliament of a composite group of Filipino senators and representatives, led by their respective chamber heads. Cuenco said it made all the congressmen proud of their Speaker as he spoke entirely extemporaneously for nearly an hour about the birth of western democracy and constitutional government right in that hall where those concepts sprang and were nurtured.  You could hear a pin drop, recalled Cuenco. 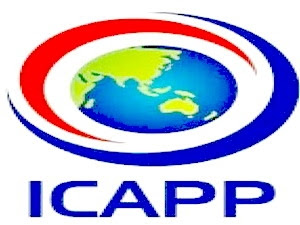 My husband and I had been with JDV on several international conferences, notably those of the International Conference of Asian Political Parties, which he founded when he was out of power in May of 2000 and chairs, as well as the Centrist Asia Pacific Democrats International, of which he is also founding president. In these international conferences that he attends like perhaps every third week, it’s evident that he holds the esteem and respect of the international political community---truly the Global Filipino, as his biographer Brett Decker stressed. In fact, I personally saw during one such invitational trip to China in January 2008 how JDV was received by China’s top leaders as though he were Head of State.
For his 75th birthday last Dec. 26 at a huge Chinese restaurant on Macapagal Avenue, more than two dozen leaders from around the world flew in, among them Gustavo Carvajal, leader of all opposition parties in Mexico, who, with his lovely wife Olivia, thought nothing of travelling nearly two full days just to get here in time for JDV's big bash. Interestingly, as co-founder of the Asian Peace and Reconciliation Council JDV has helped mediate a number of crises among leaders of other nations, and they tease him that he has been unable to do anything about the dissidence or the political crises in his own country. But the plodder that he is, he just keeps going and it’s really our country’s loss that the coalition-building talents and world-wide network of contacts of this world statesman have not been properly marshaled by the Aquino administration.
But to me the most astonishing fact about JDV is his ability to handle what his daughter Leslie once called "our blended families." I recall former Sen. Heherson Alvarez coming back from Dagupan City once, where he attended the wake for the widow of old-time House Speaker Eugenio Perez, who was once JDV’s father-in-law. JDV and Gina and his previous wife Vicky were there, as were all their children from present and previous relationships. Sonny Alvarez was just awed at how such harmonious emotional ecumenism could take place under one roof.  Only JDV can do that sort of thing, said Sonny, adding that he obviously honed his famous skills as a political negotiator and consensus-builder from the incredible circumstances of his personal life.
JDV’s reputation as a ladies’ man in his younger years has been no secret. In fact, in one gathering at his residence some years back, I recall former Makati Rep. Teddy Boy Locsin, former Paranaque Rep. Ed Zialcita and a few other House members joking about how a book about that colorful side of JDV would be a more sure-fire blockbuster than his political biography by Decker.  But it took Gina Vera Perez-Cruz, then nursing herself back to emotional health over a failed relationship, to tame JDV in a running courtship conducted partly through love letters. In one such letter JDV conferred on Gina, now the representative of Pangasinan’s 4th District, the title of “Empress of my Heart” and at his 75th birthday he said he “looked forward to many more tomorrows with the love of my life.” All the women guests swooned.
Theirs has been a beautiful 25-year partnership of mutual support and love especially through unspeakable sorrow, such as when their 16 year-old daughter KC was killed in a horrible fire that gutted their Dasmarinas Village home in 2004, and the various political battles they fought together, some triumphant and others not. JDV’s life has been a series of ups and downs. Among the downturns were his losing the presidential elections of 1998 and being ousted as 5th term Speaker by forces loyal to his once-close ally, President Gloria Arroyo, in February 2008 over attacks leveled by his son Joey de Venecia III against the Arroyos on the ZTE issue.
JDV has been maligned as a Marcos crony (“far from being a crony I was his victim”) and the epitome of the traditional politician (it seems that the term “trapo” was invented for him).  But the various vicissitudes in life and the personal attacks he suffered during his active political years have not left this 75-year old leader embittered, for to him service to God and country knows no bounds.


He rests on his achievements in the House that include principal authorship of some of the most significant laws of the land, among them the BOT Law and the Military Bases Conversion Law. At the age of 29, as Minister-Counselor of the Philippine Embassy in South Vietnam, JDV conceived and implemented the historic Dollar Remittance Program for overseas Filipino workers, which today contributes more than $20 billion a year to our economy, shoring it up at the most critical times for the country; that program has become a model for third world countries.


May you go on to your many tomorrows, Joe and Gina.

Posted by Veteran Journalist and Relentless Advocate of Truth at 5:49 PM