Is P-Noy too over-confident about senators’ votes in the coming Corona trial? Why is he already looking for new CJ and telling VP Binay’s party it has no chance of fielding candidates in P-Noy’s 2013 senatorial coalition?

﻿
﻿At the 75th birthday party of former Speaker Jose de Venecia last Monday, Dec. 26, at the Golden Bay Restaurant along Macapagal Avenue in Pasay City, some supporters of President Aquino were unabashed in claiming that P-Noy already has a short list of names for the post of Chief Justice of the Supreme Court.  The buzz was that he wants to appoint an outsider, meaning, he’s inclined to disregard the seniority in the Supreme Court.
Today, two days after JDV’s birthday bash, this buzz is now all over the newspapers, with Manila Standard headlining it. Presidential spokesperson Edwin Lacierda confirmed that indeed Aquino has asked his legal advisers for a list of possible replacements to SC Chief Renato Corona, although Lacierda admitted that this was just a “contingency measure.” He was further quoted as saying that the President is looking for a new CJ “in the mold of (first Aquino SC appointee Ma. Lourdes)  Sereno, who was accused by her colleague, Justice Presbitero Velasco, as leaking confidential behind-the-scenes details of collegial decisions to the press, contrary to a standing SC tradition.
In fact the latest rumors are that Sereno would be named CJ in case of a vacancy at the SC. and not the heir-apparent, Senior Justice Antonio Carpio. This is not hard to believe, inasmuch as Sereno, who was said to be unknown  to P-Noy prior to her appointment as associate justice, has now become super-close to the Palace. This rumor is making Carpio's brods in the Sigma Rho fraternity of the UP extremely nervous, so that they are said to be moving heaven and earth to turn the tide for their frat brod.
XXX
My first reaction that night at JDV’s birthday bash to the short-list buzz was, my gosh, isn’t P-Noy so super-confident that his impeachment move against Chief Justice Renato Corona, as filed obediently by the obsequious House, would prosper in the Senate? Obviously at this point, with the trial still to commence later next month, P-Noy’s already not giving the senators any allowance to exercise their brains and their judgment; he seems to expect them to behave like puppets dancing to his tune (again, rumor has it that, as Standard columnist Jojo Robles put it, the Road Board train, laden with road users' tax funds, has lately made stops at the Senate),  just like the notorious House 188.
The disclosure by Lacierda that P-Noy is already having a CJ list drawn up was immediately protested---and rightly so---by opposition Rep. Simeon Datumanong as “unfair” pressure being exerted on the senators. SC spokesperson Midas Marquez decried the "arrogance" of the President  in  conditioning the minds of the people to a vacancy in the CJ post,  when there clearly is none.
At this point prudence and statesmanship should dictate that the President keep his peace on the impeachment process, but as in many previous instances he fails to exercise those virtues.
XXX 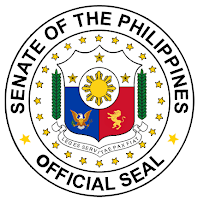 Two institutions ought to be insulted by this Palace move. One is the Senate, whose members, as I have pointed above, are not being given much room by P-Noy for independent judgment in the coming Senate trial. To convict Corona, the vote of 16 senators is needed on even just one of the eight Articles of Impeachment, but they may just feel the weight of insult at this point, in addition to being increasingly super-afraid of the unmistakable presidential drift toward autocratic rule---that they may negate all the articles and acquit Corona.  One thing sure, no one can underestimate the independence of the senators who consider themselves independent republics.
XXX
The other agency insulted by this Palace move is the Judicial and Bar Council, which was created by the Constitution and headed by the Chief Justice to propose to the President a list of appointees to various judiciary posts, beginning with the SC.  Lacierda was careful to stress that the JBC is independent and that P-Noy “did not instruct (it to come up with a list for CJ).”  But the cat is already out of the bag, and P-Noy, obviously banking on his still relatively high popularity rating kuno, is so confident that he’ll succeed in having CJ Corona convicted by the Senate, that he’s already figuring whom he’ll put in the CJ's place. P-Noy obviously has little patience to wait for the JBC’s recommendations.
But history is replete with examples of how hubris is punished and the best-laid plans of mice and men go awry with blunders.
XXX
There’s the buzz that P-Noy is thinking of appointing as CJ former UP Law Dean Raul Pangalangan, who, to the incredulity of the legal community, has staunchly defended the President’s assaults against the independence of the High Court and the Constitution; the way it’s currently constituted, P-Noy  considers the SC the main obstacle to his reform agenda.  The problem for Pangalangan or senior Associate Justice Antonio Carpio, who, until the “outsider” line was recently floated by the Palace, seemed the likely choice of P-Noy in the event of a CJ vacancy,  is that the President has been quite vocal in attacking CJ Corona as GMA’s lackey in the Court, and therefore he should be impeached.
The question is, in the event that the fates should prove unkind to Corona, would not Pangalangan or Carpio bear the onus now of having to be subservient to a power-hungry President who would brook no dissent whatsoever---certainly not from his handpicked CJ?
XXX
Aside from putting his foot in his mouth on the CJ replacement, P-Noy also made a big miscalculation when he told the nation in a recent TV interview that while candidates from other parties would be carried in the LP senatorial slate for 2013, it would be “difficult” to include bets from VP Jejomar Binay’s PDP-Laban, even if the VP is an administration ally. The timing of that pronouncement is just  impolitic: on the eve of the Senate trial, P-Noy is telling PDP-Laban that it has no chance for a coalition in 2013 and it better be on its way.
This statement may be his way of ineluctably showing VP Binay that Mar Roxas is his man for 2016, but it’s a very short-sighted move on P-Noy’s part. For at this juncture he needs every vote in the Senate, including those of Sen. Koko Pimentel who’s with PDP-Laban, and Senate President Protempore Jinggoy Estrada who has close links with that party. How do they feel about that Pwera Kayo statement toward PDP-Laban?  Has P-Noy simply become too over-confident about the outcome of the Senate trial that he can cast aside a couple of votes there?
In addition to P-Noy’s losing the battle of the decade---the Senate impeachment trial---his remark could signal the death-knell of the LP-PDP coalition. Expect the super-ambitious and super-popular VP Binay to chart his own course from hereon.
XXX
The reader will recall that VP Binay’s daughter, Makati Rep. Abigail Binay, did not vote on the House impeachment move.  Is P-noy’s PWERA KAYO SA 2013 pronouncement in retaliation for Abigail’s negative vote? Or was she instructed by Dad Jojo not to vote vs. Corona precisely because his possible replacement, Justice Carpio, has ties from way back to the group that had supported Mar Roxas’ unsuccessful VP run in 2010, notably Nonong Cruz of “The Firm”?  Should Carpio end up as CJ, he would head the Presidential Electoral Tribunal composed of all the SC justices, before which is STILL PENDING Roxas’ vice-presidential electoral protest vs. Binay.
With Carpio at the SC helm or even a “Sereno mold,” Binay could feel quite threatened with losing the VP post. Expect him to secretly support his embattled kababayan from Batangas, CJ Corona.
As you folks can see, the impeachment process is truly a political exercise and behind every vote in the Senate one has to discern the political ramifications.
For comments/reactions,please email:
polbits@yahoo.com
Posted by Veteran Journalist and Relentless Advocate of Truth at 7:04 PM