Supreme Court’s junking of Luisita stock deal acquires significance beyond its decision, in light of GMA’s arrest and running tiff between the Executive and Judicial branches; continuing SC hearings on joint panel and Circular 41 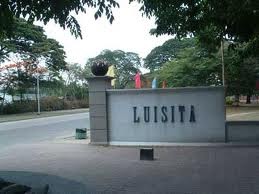 The recent Supreme Court ruling ordering full distribution of Luisita's lands to its farmer-tenants will inevitably be viewed beyond the contents of its stunning unanimous decision.


First, some political pundits will view it against the backdrop of the running battle between the  Arroyo camp and the Cojuangco-Aquino family. That battle  began when former President Cory Aquino showed up in Malacanang in the evening of July 7, 2005 and asked then President Gloria Macapagal Arroyo to step down amid all the talk that she had cheated FPJ in the 2004 elections.  GMA unhesitatingly rejected Cory's demand and showed her the door. Six years later the running battle culminated in the politically-charged filing of a case against GMA by the Comelec, which some media accused of acting on orders of the Palace. This was swiftly followed by GMA's subsequent arrest on orders of the Pasay RTC .


Pro-poor elements of society would hail the SC's recent ruling junking the Luisita stock option as a triumph of long-sought justice for the farmers ----a landmark measure of the Court's preferential option for the poor. But the re are pundits who would doubtless also view it as yet another milestone in the running tension-filled relations between the SC, its majority widely regarded as tilting toward GMA, and the executive branch headed by P-Noy.
XXX
In its unanimous decision (the exception being Justice Antonio Carpio who abstained)  the SC ordered the distribution of the 4,915.75 hectares of Luisita to the original 6,296 farmer-worker beneficiaries. It set aside and recalled an earlier option it had approved and granted to the original farmers on July 8, 2011, to acquire ownership of the land OR REMAIN as stockholders of Luisita. According to no less than Chief Justice Renato Corona, this option was UNCONSTITUTIONAL.
Moreover, according to Justice Presbitero Velasco, the ponente of this decision, the stock option would not give the farmers control over the agricultural lands.  This opinion was upheld by five other Justices. 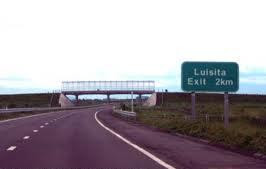 The Court also ordered Luisita to pay the farmers the over P 1.333 billion it had earned from selling the 500 hectares that had been converted into a commercial area many years back. This includes the P80.5 million Luisita had received from the Arroyo government for the 80 hectares that became part of the Subic–Clark-Tarlac Expressway (SCTEX) project (that came with three expressway exits within Luisita constructed by BCDA FOR FREE to the Cojuangcos).  However, from this P1.333 billion that the SC ordered the family to pay the farmers, the miniscule 3 percent (P 39 Million) that it had paid as stock dividend to the farmers shall be deducted.
XXX 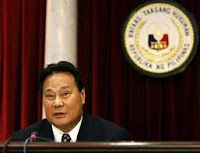 Another point stressed in the recent SC ruling was Chief Justice Corona’s position that the price of the land to be distributed to the farmers (which they  will pay for from monies received from Luisita) should be based on the fair market value of the land IN NOVEMBER 1989.
What’s the significance of this date? This was when more than 90 percent of the plantation’s over 6,000 workers opted in a referendum to accept shares of stock offered to them by the then newly-incorporated Hacienda Luisita Inc., instead of land, during Cory Aquino's term.


This original referendum of 1989  (not to be confused with the referendum ordered by the SC last July 2011 when it revoked the SDO of 1989 even as it also allowed the original farmers to choose stock shares) was roundly criticized by radical elements as a moro-moro intended to free Luisita from the clutches of the Comprehensive Agrarian Reform Law, which was, ironically enough, the centerpiece of the Cory administration. But obviously the thinking of the Chief Justice in this recent SC decision pushing for full land distribution in Luisita is that if its stock distribution option was illegal, as he opines, then the basis for re-appraisal of its lands' fair market value has to be that of  November 1989. This is quite common in eminent domain issues.
XXX


Interestingly, Justice Ma. Lourdes Sereno, P-Noy’s first appointee to the High Court, opposed Corona’s opinion, asserting that land price should be pegged at the market value of 2006. None of the Justices, however, supported  Sereno’s opinion. The Tribune carried a juicy inside-story about the alleged open quarrel between her and other justices on this issue, that deteriorated into name-calling.
The Cojuangco family would doubtless avail of a motion for reconsideration of this SC decision, although the unanimous vote of the magistrates promises little hope for that motion. How the SC ruling would translate into successful implementation, enough to change the feudal character of that part of Luzon, and impact on political events bear close monitoring. Abangan.
XXX
In my earlier blog, I termed the SC’s ruling on the constitutionality of the joint DOJ-Comelec panel that investigated allegations of electoral fraud involving GMA in 2007 as the “game-changer.” My reasoning was that should the SC rule that panel unconstitutional, then the electoral sabotage case filed against GMA in the Pasay RTC and its subsequent speedier-than-lightning arrest order would all be nullified. The SC held an en banc session last Tuesday, Nov. 22,  on this issue, but instead of a TRO against the panel, it first scheduled oral arguments for Nov. 29 before coming to a decision. This is perhaps better so that it could not be said that the SC  acted with undue haste, as is being alleged about its Nov. 15 TR0 of the DOJ's watch-list order on GMA.
XXX
The SC also held oral arguments last Tuesday on the constitutionality of DOJ’s Circular No. 41, which became the basis for that watch-list order on GMA. Secretary Leila de Lima defied the SC’s TRO, resulting in the airport melee of Nov. 15 and stirring controversy not just in legal circles but in the entire country. In the absence of legal eagle Estelito Mendoza (who had speaking engagements in UP), a less high-profile lawyer, Anacleto Diaz, appeared for the GMA camp in a grueling three hour session which saw him battle wits with Justice Antonio Carpio on the issue of the right to travel. Diaz maintained that this right is absolute within the limiting parameters dictated by the Constitution. He displayed mastery of language, fine diction and a well-modulated voice, and legal prowess.
It was only later that I came to learn of the solid standing in the legal community of Anacleto Diaz (UP Law class of '74), who's a nephew of the late Presiding Justice of the Court of Appeals and later Dean of the Ateneo Law School, Pompeyo Diaz, who was himself a towering figure in the ‘60s and ‘70s.
XXX
GMA’ s plight and how this administration has handled it has divided the nation---more than at any time in recent memory. One has only to take a look at the major newspapers’ opinion pages to realize this deep cleavage.
Lawyers continue to debate the validity and grave consequences to the nation of the DOJ defiance of the SC's TRO.  The military/AFP are quietly discussing who should be obeyed in a legal order of the SC ---the Palace or the SC which the Constitution deems the final arbiter in matters of law. Citizens are divided: those who hate GMA and are happy that “justice has been served” as De Lima put it, and the sympathetic who feel that P-Noy has been heartless toward GMA and decry how his subaltern’s defiance of the SC brought us to the brink of a constitutional crisis.
Even the medical community is divided, with some doctors opining that GMA’s illness is not life-threatening and is treatable in this country; on the other hand, St. Luke’s doctors have stressed that there's no expertise here for the metabolic bone biopsy she needs. Columnist Winnie Monsod cited a remark by St. Luke’s President Jose Ledesma at a forum that it was after an operation of GMA (she had three spinal operations) that doctors there found a complicating factor that led them to advice treatment abroad. To the ordinary citizen, however, any spinal operation is grave and serious.
For comments/reactions, please email:
polbits @yahoo.com
Posted by Veteran Journalist and Relentless Advocate of Truth at 1:22 PM