Judicial processes railroaded today to counter the SC’s TRO; Police/AFP unclear about whose orders to follow. Damage to our institutions by the recent events may be incalculable. 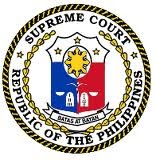 The last few days from Tuesday, Nov. 15 to today have been just dizzying for us ordinary citizens in view of the rush, and I mean rush, of developments surrounding former President Macapagal Arroyo and her attempts to leave for medical treatment abroad.  With the warrant for her arrest for electoral sabotage served at her St. Luke’s Hospital suite in Taguig, it would seem that GMA lost in the running battle between her and the P-Noy administration. But the biggest loss, to my mind, involved two institutions crucial to the nation's life.
XXX
One is the Supreme Court whose authority was eroded somewhat when the Aquino administration, acting through Leila de Lima, defiantly ignored its TRO.  As a citizen, like many other Filipinos, I was sorry to see our highest court (not for nothing is it so elegantly referred to in the native tongue as the “Kataas-taasang Hukuman) trampled upon by De Lima, who came to earn the moniker “Super Supreme Court” when she ordered the police agencies at NAIA (armed with truncheons) to stop the Arroyos from leaving last Tuesday all the way to today. It showed the High Court helpless before the arrogance of this   official, who has the President's unwavering support----triggering a potential constitutional crisis. 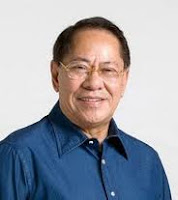 Sen. Edgardo Angara sought to put the clash between the Palace and the SC in perspective by asserting that the order of the SC should have prevailed over that of the lowly Pasay RTC. Yet, interestingly, so many legal minds that for years have absorbed and internalized the supremacy of the High Court found themselves quibbling when confronted by the DOJ's defiance of the SC’s TRO---simply because they harbor  grudges against GMA, or see her as evil personified, or are protecting an appointment or angling for a job from this administration. Sadly the DOJ's defiance of the SC has sowed confusion among law students and practitioners.
XXX
Another institution severely affected was the PNP/AFP. When the SC's TRO  was ignored by the DOJ, citizens felt secure that the traditional majesty of the SC's decision would be upheld by the police agencies. But certain police/AFP sectors were quick to issue statements that their loyalty would be to their Commander-in-Chief who happened to be at loggerheads with the SC. It’s easy to see how this clash between the two co-equal branches of government has left the rank and file of the two primary security forces terribly confused as to what should be the ultimate source of power---the Constitution.

As UP Vice President and Public Administration professor Prospero de Vera pointed out tonight in a TV show, the damage to our institutions may be incalculable at this point.
XXX
Now we know why the Aquino administration defied the Supreme Court’s TRO that was handed down not only once, but twice, the latest being this noon.  P-Noy's officials were waiting for the arrest warrant to be served by the Pasay RTC and the blocking forces against the TRO worked like clockwork.
This morning at 7:30 Comelec Chair Sixto Brillantes convened the poll body’s six other members en banc, to rush them into signing the Comelec resolution charging Gloria Macapagal Arroyo, former Gov. Andal Ampatuan Sr. and former Comelec supervisor Lintang Bedol of sabotage of the 2007 elections (the charge, based on the testimony of sole witness Unas Norrie that he “overheard” GMA giving instructions to cheat to the co-accused in Malacanang, which was quickly denied by Andal Ampatuan; but by then the arrest clock had  already begun to tick away.
XXX
Obviously the Comelec was under instructions to file that case today, to negate the oft-repeated accusation that GMA could not be put on the watch-list as not a single case had been filed against her. The hot-pandesal resolution was signed by five of the seven members as two commissioners, namely, Armando Velasco and Lucenito Tagle, refused to sign it, claiming that they hadn’t read the case.

Rumor divulged by a Comelec insider was that Chair Brillantes was ordered by the Palace to leave his hospital confinement last night to preside over the en banc this morning, to hammer out that resolution that was rushed to the Pasay City RTC. Earlier today, because of all the swirling talk he was forced to admit to media that he was indeed confined yesterday to get some rest, on advice of his doctors;  but he asserted that he voluntarily left the hospital yesterday afternoon.  Coincidence?
Along with this electoral fraud charge which is non-bailable, came the Comelec petition to put GMA on the hold-departure order (HDO), which is expected to  supersede the SC's TRO;  but that would take time to get, as filing does not come with automatic HDO. Hence, the obvious rush to secure an arrest warrant instead from Pasay RTC Judge Jesus Mupas who, by the way, as Kabayan Noli de Castro noted, had been at the receiving end of reprimands from the SC, ironically enough, for the slowness of his decisions in other cases.
XXX
This latest clash provokes so many questions. DOJ Chief Leila de Lima said there’s nothing “unusual” about the lightning-speed of the case (the entire process from its filing at the Pasay RTC to Judge Mupas’ issuance of the warrant took only half a day! Mupas' "arrest-express" shoots beyond the roof of even the Guinness Book). De Lima said that apparently Mupas was able to establish “probable cause” from the perusal of the documents submitted by Comelec-DOJ. Under the rules of court the judge is given five days to determine probable cause in a case filed, obviously so that he or she could really study the case; but Mupas took only an hour or two to peruse the volumes of documents. He takes the cake as the world's supr-speed reader!


GMA's legal spokesperson, Raul Lambino, also complained that their camp was not given enough time to file its counter-affidavit to this case.  Mike Arroyo’s lawyer, Ferdinand Topacio, buttressed his claim, stressing that while even in  very minor cases such as jaywalking the accused would be given at least ten days to give his side, in this electoral fraud charge which is non-bailable and carries life imprisonment, the Comelec-DOJ could not even extend the deadline to the Arroyo camp.


It’s obvious that the "arrest-express" had to be rushed to nullify the SC’s TRO and that the DOJ's defiance of the TRO last Tuesday, which resulted in that airport melee, and the continuing frustration of the re-stated TRO were simply following the Palace script to jail Arroyo before Christmas.


The cases against GMA will predictably be a grand battle among some of the best legal minds. But perhaps the most difficult part for the Arroyos to bear at this time, with the Christmas season approaching, is the realization that her arrest could now dash all hopes for her medical treatment. St. Luke's Hospital  had advised her to get it abroad as it acknowledged that it doesn't have the facility here treat her rare bone disease. Her doctors were quoted as saying that her health has deteriorated with all the stress she has undergone and that if the disease remains untreated, at some point it becomes irreversible.

For comments/reactions, please email:
polbits@yahoo.com
Posted by Veteran Journalist and Relentless Advocate of Truth at 9:33 PM