GMA’s battle for life has shifted to the SC, which is being enjoined by DOJ to desist from issuing TRO; to feel good, listen to pianist Jovianney Emmanuel Cruz interpret Liszt tonight at Philamlife Auditorium, 6 pm. 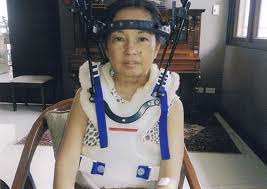 The battle over the issue of whether government would allow former President Macapagal Arroyo to seek medical treatment abroad or not has shifted to the Supreme Court, after GMA and husband Mike Arroyo filed separate petitions before it. The Arroyos seek a TRO of the watch-list order that Justice Secretary Leila de Lima has imposed on GMA, and the petition filed by GMA was raffled to the sala of President Aquino's second appointee, Justice Bienvenido Reyes, who was once managing partner of the security firm that Noynoy Aquino put up during his mother’s term, which serviced primarily PCGG-sequestered firms’ security needs. It's still not known which justice would handle the petition by Mike Arroyo.
Given the fact of Justice Reyes' close association with P-Noy, it’s not difficult  to conclude that he would be biased for P-Noy’s stand, which is to disallow GMA's treatment abroad. But as news reports have noted, of the full court of 15 justices, three are now P-Noy’s appointees while twelve were GMA appointees. The implication of this fact is that GMA’s petition would have a fighting chance to win. But it’s not only because they were GMA appointees that the majority of the Court could be moved to allow her petition to leave for abroad; it could also be that like many other decent Filipinos they see the need, as Sen. Joker Arroyo has argued, for putting politics aside for a moment and showing true Christian compassion toward the sick former President.
XXX
Thus, even assuming that the three P-Noy appointees do vote against GMA’s petition and manage to get a few others to their side, the history of the Court shows that from time to time, what started out as a minority decision (because the ponente is not with them) could still become the majority decision. The Court is officially still on recess and a number of justices were reported to have taken a break abroad; but reports say that now everyone, including Chief Justice Renato Corona, is back and the members have received their copies of the Arroyo petitions. As Court spokesperson and administrator Midas Marquez explained to media, the rules of court allow any justice to invoke a TRO, but due to the political sensitivity of this issue, I doubt if any of them would do so, especially if he or she is a GMA appointee. It will have to be the Court en banc to come up with a decision.
XXX

But even though that TRO from a single justice may not materialize, the DOJ is not taking any chances and has formally asked the SC to refrain from granting a TRO. How does one prevent a lightning TRO? Talk from the grapevine is that the Ombudsman will hurry up the filing of formal charges against GMA in the Sandiganbayan, in order to justify her inclusion this time in the departure hold-order list.


The complication, however, is that up to now the Ombudsman does not have the goods on GMA, as De Lima early on---apparently in her desire to bag headlines for her 2013 senatorial bid---took cognizance of the plunder complaints filed by former Solicitor-General Frank Chavez against GMA (the alleged fertilizer scam and the OWWA fund misuse) as well as the alleged over-pricing in land acquisitions for the Iloilo airport and the alleged electoral fraud in 2004 and 2007. Instead of turning these cases to the Ombudsman as early as possible, De Lima issued subpoenas left and right. Now the State is hard-pressed to file cases against GMA in the graft court, to be able to invoke a  hold-order; but as haste makes waste, GMA's lawyers could tear these cases into shreds in court later.
XXX
I have not seen GMA personally since her visit to the media at Myther's last September; but from her recent photos she is now a mere shadow of her once-healthy self, and even those who have been critical are moved with compassion for her. Talk in the grapevine is that a recent visitor to GMA was Senate President Juan Ponce Enrile and that after he emerged from the visitors' room, he was teary-eyed---awang awa, as another visitor put it. Few realize that the 3-kg. halo vest she had had to wear for weeks had to be screwed to her head in three places, as without it her head would droop forward. As a Cabinet member put it, GMA has lost so much weight as well as her appetite (recently, according to my source, she asked for Ceasar Salad, para mag-karoon naman daw siya ng konting lasa).
XXX
This brings me to two issues. One is the bogey being raised by this administration  about  GMA's supposed plan to seek refuge in a country which PH has no extradition treaty with, supposedly to escape the charges that, as columnist Rigoberto Tiglao recently argued well, still have to be filed against her (all investigations are still in the PRELIMINARY STAGE).  The Dominican Republic is being mentioned by P-Noy’s people. Indeed, there have been foreign leaders who have escaped to such country, but it’s easy to see that one ought to be strong and healthy TO ESCAPE. By contrast, the two Arroyos are both seriously ill and GMA can barely walk, for crying out loud! Moreover, in the document they submitted, they included the names of spokesperson Elena Horn, a nurse and an aide as travelling companions, but obviously, if the Arroyos were to seeking sanctuary abroad they cannot expect these people to be with them as they have their own families.


The P-Noy administration is raising the  bogey of flight to heighten its harassment of the Arroyos---and bag headlines to drown out the many shortcomings of this government.
Then there’s P-Noy's “offer” to bring in the specialist that GMA needs and even foot the bill for such treatment here. That’s an offer meant to be rejected, for it’s easy to see that if a specialist in the developed countries is truly worth his salt, he won’t be that easy to coax to travel all the way here to treat a single patient. Moreover, as GMA noted in the recent Manila Standard interview, the necessary equipment and laboratory work are not found here, which the specialist would demand.
The most sensible and Christian thing for P-Noy to do is to allow his adversary to leave for medical treatment abroad, as President Marcos did in the height of martial law for his father Ninoy, and as GMA did for President Estrada for his knee surgery in Hongkong.
XXX 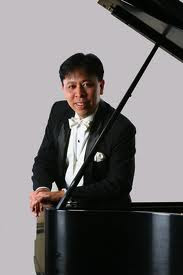 Tomorrow evening, Friday, Nov. 11 at 6 pm. at the Philamlife Auditorium on UN Avenue, Manila, the 11th edition of “Music without Borders,” a series of classical music performers bringing together artists from different races, nationalities, creeds and training, will be featured in a beautiful concert. The 11th edition will pay homage to the bicentennial birth anniversary of Hungarian Romantic composer and pianist Franz Liszt and will feature in the first half of the program internationally-renowned Filipino concert pianist Jovianney Emmanuel Cruz as he performs four works by Liszt, including the monumental Piano Sonate in B minor. The second half will feature former and current pupils of Jovianney who hail from various countries in Asia, as they perform works by Liszt’s contemporaries, such as Chopin, Schumann and Brahms. Also in the program will be works by Liszt’s Hungarian compatriots such as Ernst Von Dohnayi and Bela Bartok, and those he influenced such as Claude Debussy and Filipino composer Franciso Santiago. For reservations, pls. call 194-9760, or email: meet.the.artist@jovianney.com. I’ve followed Jovianney’s concerts over the years, and I assure you blog-readers of an astounding concert tomorrow night, Friday, as always.
For comments/reactions, please email:
polbits@yahoo.com
Posted by Veteran Journalist and Relentless Advocate of Truth at 3:15 PM