De Lima defies SC TRO order and insists her watch-list order is still in effect. Melee erupts at airport and stressed-out tearful GMA had to be rushed back to St. Luke’s ---all these on nationwide TV, just when Hillary Clinton is in town and on eve of Bali Summit of Asean leaders which P-Noy is attending. Nothing could be more politically incorrect for P-Noy than that airport scene! 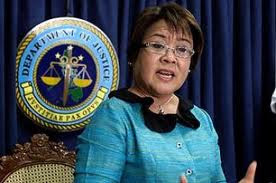 It was with a sense of unreality and disbelief that I watched over TV the airport melee that ensued last night (Tuesday) when the Arroyos sought to leave on the last commercial flight to Singapore. Their attempted flight came in the wake of the TRO issued hours earlier by the Supreme Court en banc, which voted 8-5 to restrain the watch-list order (WLO) issued by Justice Secretary Leila de Lima against the Arroyos. The SC also set oral arguments on Circular 41 and other related matters for Nov. 22
The former First Couple had gone through the airline ticket  counter and were issued boarding passes, but at immigration they were stopped on orders of De Lima. House Minority Leader Edcel Lagman later recounted on TV to airport reporters that when he demanded from officials of the Bureau of Immigration to see this order, they could not show anything; whereas the lawyers of GMA were armed with a certified true copy of the SC TRO order and the receipt of the P2 million bond sought by the SC from the Arroyos as one of three conditions in its TRO ruling. Lagman went on to recount that a little later the BI officials themselves "disappeared." 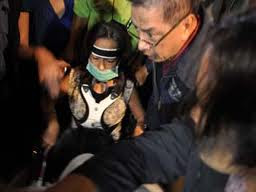 At some point, GMA was seen wiping away tears, looking quite thin and wan, flabby muscles of her arms exposed to the cameras; soon the ambulance she came to the airport in whisked her back to St. Luke’s Hospital where she had earlier been checked up for travel. GMA was hardly the picture of one who had just won her round of the bitter, long-running battle with the P-Noy administration, but as an ABS-CBN commentator wryly put it, “As we know, Filipinos always sympathize with the underdog.” Coming from that TV network that was a mouthful.
XXX
The BIGGER LOSER in this round is definitely President Aquino, for while his subaltern De Lima succeeded in further harassing the Arroyos he looked quite cruel in this regard, as his excuse for restraining their desire to travel for medical reasons was removed by the SC’s TRO, yet his people still chose to restrict GMA’s travel. He looks quite indecisive and immature on this issue, as though his feisty Justice Chief seems to be making all the big decisions and he just goes along with it. Definitely this administration looks so vindictive.

Atty. Ferdinand Topacio, one of the Arroyos' lawyers, put it quite right when he said in a TV program this morning that P-Noy would have appeared big and magnanimous had he told De Lima to respect the SC decision and allow the Arroyos to leave for Singapore last night (Topacio cited how US presidential candidate Al Gore in 2000 chose to bow to the decision of the US Federal Supreme Court to recognize rival George Bush as the winner, despite the many complaints and allegations of fraud surrounding the then bitterly contested presidential elections). But no, clueless P-Noy left everything to De Lima and this power-obsessed latter official chose to defy the SC.
What the implications are on the rule of law as embodied by the SC will be analyzed by political pundits and legal luminaries for a long time, but De Lima's defiant move--- which is being backed to the hilt by the unthinking Palace---will have a chilling effect on ordinary citizens. If the rule of law was disregarded in the case of the former president and incumbent congresswoman, how would the ordinary people fare against the powers that be?
XXX 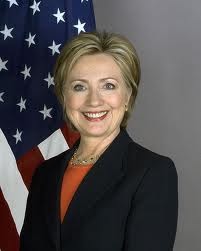 Nothing, however, could be more disastrous politically for P-Noy than last night's  airport melee, that was shown over national TV just when US Secretary of State Hillary Clinton was in town overnight for the 60th anniversary of the RP-US Defense Treaty. Unconfirmed reports say Clinton was feted at the Palace last night, but doubtless she was briefed by US Embassy officials on what went on at the airport and she must have seen late night TV clips of the melee.
It will be remembered that Hillary was GMA’s guest early last year and despite being bamboozled by the media to make  unflattering statements about GMA, Hillary parried it and in fact came out with the opposite about her. Now she sees GMA being sped back by ambulance to the hospital, because she was refused passage by immigration people  DESPITE THE SC ORDER allowing it through a TRO.
XXX
The airport crisis also comes at the worst time for P-Noy, for this afternoon he leaves for the ASEAN Summit in Bali, that will count President Obama among the attendees. It will be recalled that the ASEAN state of Myanmar, long ruled by a junta of generals, had had a long battle with that fragile-looking opposition leader with the perpetual flower in her hair, Aung San Suu Kyi. She was kept on house arrest for many years, but never was she subjected to anything near the rough treatment GMA got at the airport from P-Noy’s officials. In fact, Myanmar has recently been winning plaudits abroad for its reforms and increased respect for human rights and it’s now vying to host next year’s ASEAN Summit. 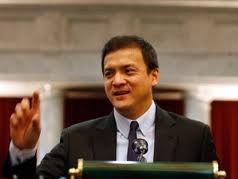 After that airport crisis De Lima was on TV explaining that her WLO would remain in effect until she received the copy of the SC decision on the TRO which was handed down after 5 pm. yesterday. But her stand is silly inasmuch as Court official spokesperson and administrator Midas Marquez had already  officially announced the SC TRO decision yesterday afternoon. How more official can that announcement get?


In fact, while the melee over which order should be enforced, the SC's TRO or DOJ’s WLO, was going on, Midas appealed for reason, pleading that DOJ respect the SC’s decision and that the TRO is INSTANTLY ENFORCEABLE.


Obviously De Lima was trying to stall the Arroyos’ departure in the hope of being able to secure a hold-order from the court, after she rushed the filing of the very first case against former President Macapagal Arroyo last Monday afternoon (an electoral fraud case). However, a hold order does not come automatically with filing of a charge case---it has to be applied for by the filing agency (the DOJ in this case) and the court has to grant it expressly. This the Arroyos’ lawyers knew, which is why they probably advised their clients to leave for Singapore last night on the strength of the SC’s TRO.
The feisty Secretary is now skating on very thin ice in the face of her defiance of the SC. Arroyo lawyers said they are filing disbarment proceedings against her for contempt of a lawful order of the SC. She ought to be disbarred for teaching Filipinos to disobey the SC, but the bigger worry is how this nation is being brought closer to a constitutional crisis in the standoff between the SC and the Executive.
For comments/reactions, please email:
polbits@yahoo.com
Posted by Veteran Journalist and Relentless Advocate of Truth at 10:31 AM