Tony Blair: Declaration of cessation of violence by Basque separatists and the successful peace in Northern Ireland hold precious lessons for peace efforts everywhere. Even in seething Mindanao?


Anger is obviously quite justified in these episodes as they demonstrate as much the hypocrisy of the dissident groups in waging war while purporting to talk peace, as the breakdown in time-honored practices in the military and police, including that all-important cornerstone of a successful counter-campaign---intelligence-gathering. As a number of military officials themselves admitted, the recent episodes indicated that intelligence and proper troop deployment had bogged down in Basilan.


In the wake of these recent ambushes against government troops, Inquirer columnist Ramon Tulfo, who has his own sources within the military, recently wrote that the latter seethes with demoralization. The soldiers want to retaliate and avenge the death of their comrades, but they feel prevented from doing so because of the Palace’s orders to concentrate on the peace talks and not to let the recent episodes upset their prospects. Tulfo reports that the soldiers appear to be angry with the President and that respect for him has eroded.


I can truly sympathize with the soldiers’ frustrations, but as former British Prime Minister and recent Manila visitor Tony Blair, who has become an apostle of peace around the world since stepping down from office in 2007, pointed out in his recent weekend essay in the International Herald Tribune, peace negotiations can be truly hellish---but by some miracle there could be a heavenly result. He commented on perhaps the only real positive news on the world stage these days---the “unconditional declaration by the Basque separatist group ETA (in Northeastern Spain) that after 50 years of violence, during which it killed hundreds and wounded perhaps thousands more,” it was suing for peace at last.

Blair recalled that after the breakdown of peace negotiations with the Spanish government in the early 2000s, the ETA returned with greater violence and launched the horrendous attacks on the Madrid airport in 2005, which the press termed "Spain's 9/11," and other areas. But he noted that even as then Spanish PM Jose Luis Rodriguez Zapatero never stopped fighting the ETA, “he also never stopped offering the hand of peace”---insisting that “ETA must unilaterally, publicly and unambiguously declare that it was ending the armed struggle for good if there was to be peace.”


Blair drew a parallelism between the Spanish experience with the Basque separatists and the peace negotiations of the UK, with himself as PM at the forefront, with the Irish Republican Army in Northern Ireland. The IRA story was an even more prolonged struggle marked by the deadliest violence for decades, but for some years now, mercifully, peace has held up in Belfast.


These parallel lessons from the ETA and the peace in once violence-torn Northern Ireland that Tony Blair drew could also hold vital lessons for our own country and armed forces vis-à-vis our home-grown dissidents. Blair spelled out the elements necessary: “ending violence and making peace irreversible requires patience, taking risks, suffering setbacks and a constant commitment. It also requires creativity, generosity and statesmanship.”


One such dividend is the possibility of re-channeling scarce resources from funding war to financing the fruits of better lives in the deep recesses of Mindanao, where poverty is at its highest incidence. How to convert high-powered weaponry into plowshares. It boggles the mind to think how the tens of billions of pesos that went into coping with the armed rebellion in that region since Marcos' time could have given tens of thousands of Filipinos over the generations the quality of life Allah had meant them to have. Our local officials ought to make it their lifelong mission to help bring real and lasting peace to the big island.


At the moment this dream doesn't seem possible, given the passions running high over the death of scores of military in recent days, and continuing until now. But the lessons of the ETA and Northern Ireland dwell precisely on this impossible dream--- that at the moment when every peace prospect seems lost and the only option seems to be all-out war, folks on both sides can get just truly sick of violence and suddenly yield to peace. As Blair put it, let's not give up on peace, no matter how high the cost. Let's appeal to the better reason of our Muslim brothers. 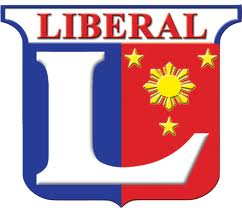 The Liberal Party-dominated Senate was quoted as saying that it will “respect” the fiscal autonomy of the Supreme Court and the “constitutional commissions” that are guaranteed automatic appropriation of their budgets in the Constitution, and that these funds would be released soon. This sounds like sudden magnanimity and biblical-type revelation on the part of the LP, but in reality it’s obviously just relenting under the barrage of public criticism over its mindless move to throw the unspent budgets of the SC and the constitutional commissions into the collective fund appropriated by the Palace under the “miscellaneous personnel benefit fund” (MPBF).


The constitutional commissions refer to those specifically established by the Constitution, namely, the Commissions on Audit, Civil Service and the Comelec, as well as the Office of the Ombudsman. The guarantee of automatic release of funds to these constitutional agencies was obviously devised by our Charter framers to safeguard them from undue interference by the Executive Department. But sadly this rule is now honored more in the breach than in the observance.


For instance, the Palace has withheld from the SC alone some P4.97 billion in unspent funds that should go into the hiring of several thousand new judges. But the Palace chose to rub more salt on the SC’s wounds when it stressed that the Court’s unspent funds would be released only as judicial appointments are made.

The withholding of SC funds, which, as Sen. Joker Arroyo noted, is illegal and had never happened in the past, drew bitter reaction from Chief Justice Renato Corona. In a public statement before an assembly of judges from around the country two weeks ago, Corona lamented the “lack of civility and respect” toward the Court--- in obvious reference to the Palace’s arrogation of the unspent judiciary funds. What's interesting, however, is that under the Constitution the President is the appointing power for members of the judiciary, based on recommendations by the Judicial and Bar Council chaired by the Chief Justice. Thus, when P-Noy and his budget secretary seek to punish the High Court by withholding unspent funds for judges’ salaries, shouldn’t the Palace blame itself for this non-action?

I understand there is such a dearth in court appointments that the judges are all so overloaded with work; the current practice is to merely compensate them with overtime pay, which is unhealthy. Grapevine talk is that P-Noy is hesitant to appoint more judges, lest they be “tainted” by association with the former GMA era. Yet P-Noy did not hesitate to appoint recently to the SC his own close associate in the investigation and security agency that he founded in the early Cory years, with PCGG sequestered companies as its clients.

Posted by Veteran Journalist and Relentless Advocate of Truth at 8:17 PM