Fired at age 30 by the very company he founded and built up, Steve Jobs refused to be devastated 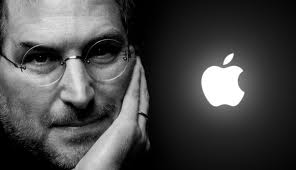 A friend of mine, trying to keep track of all that has been said in print and TV media about the visionary founder of Apple, Steven P. Jobs, was just amazed that his death last Wednesday at the young age of 56 was being treated like the passing of a Pope or a President.  My friend can hardly be called “techie” and so it was understandable that he couldn’t understand the impact of Jobs’ passing on the world of computer technology.  I’m perhaps just a notch higher than he is in being “techie” and though I limit myself to the use of the computer in my line of work, I can see how my family and friends have come to live with various innovations that Steve Jobs has introduced beyond the computer---to change the lifestyle of modern people, especially the young.
XXX
But as a writer and observer of human nature I am truly impressed not so much by the breath of Steve Jobs’ genius and the way he pushed and harnessed his vision, but by the way he was never daunted by the vicissitudes of life that we humans are heir to. Steve was raised by foster parents who were kind enough to give him the love he didn’t have from his biological parents. Entering Reed College at a young age, he dropped out after six months as he “couldn’t see the value in it.” In 2005 this college drop-out was invited by Stanford University to be its  commencement speaker and guest of honor and what he told the students was a classic in recollection of a youthful life that seemed a-drift.
Said Jobs:  “I had no idea what I wanted to do with my life and no idea how college was going to help me figure it out.” And worse, he was spending money his parents had saved their entire life.  So he dropped out of school and after spending some time tinkering around with spare parts here and there, Jobs and his high school friend Stephen Wozniak started Apple in 1976 in a suburban California garage. In ten years he had built it up into a $2 billion company employing 4,000 people.
XXX

But as life would have it for some of us ordinary folk as well as for geniuses like Steve Jobs, a blow comes that’s ready to devastate us---if we allow it. A year after Apple successfully released what he terms “our finest creation---the Macintosh— he recalled to the Stanford grads, a diverging point of view in the Apple Board resulted in a row that ended with him suddenly fired. “How can you get fired from a company you started? he asked the grads rhetorically. But he was fired---“at age 30 I was out. And very publicly out. What had been the focus of my entire adult life was gone and it was devastating.”
It could have destroyed a lesser man---even a genius like Jobs. But as he told the Stanford grads, “But something slowly began to dawn on me---I still loved what I did…I had been rejected, but I was still in love. And so I decided to start over.”  Jobs told them that “I didn’t see it then, but it turned out that getting fired from Apple was the best thing that could ever have happened to me. The heaviness of being successful was replaced by the lightness of being a beginner again, less sure about everything.” The only thing he was sure of at that bleak time in his life, he recalled, was his faith.
XXX
As Steve Jobs put it, “I’m convinced that the only thing that kept me going was that I loved what I did.” He admonished them to “find what you love and that is true for your work as it is for your lovers. Your work is going to fill a large part of your life and the only way to be truly satisfied is to do what you do. If you haven’t found it yet, keep looking. Don’t settle. As with all matters of the heart, you’ll know when you find it. And like any great relationship, it just gets better and better as the years roll on. So keep looking until you find it.” What happened to him, Jobs told the young graduates, “freed me to enter one of the most creative periods of my life.”

And indeed the restless genius in him began to howl and jump again. Out of Apple, he turned out innovative electronic gadgets that were clearly ahead of their time, such as the iTunes, iPod, iPhone, MacBook & iPad. He  became so successful at making these gadgets indispensable to modern folks that as Apple began to founder in the face of competition, this company he founded and that had earlier rejected him took him in again in 1996 as adviser;  then in 2000 he finally got back his old position as CEO.
XXX
But all along, as he rebuilt the corporation that he had founded and loved, Steve Jobs also began his biggest battle---with the Big C. He underwent surgery in 2004, received a liver transplant in 2009 and took three medical leaves of absence as Apple’s chief executive before finally stepping down in August, and turning over the top post to Timothy D. Cook, his COO. He had written his employees earlier that “I have always said that if there ever came a day when I could no longer meet my duties and expectations as Apple’s CEO, I would be the first to let you know.” And unfortunately, he said, “that day has come.”
Steve Jobs confronted death like other challenges---head on. At Stanford in 2005, after his surgery he said plainly that “Remembering that I’ll be dead soon is the most important tool I ever encountered to help me make the big choices in life. Because almost everything----all external expectations, all pride, all fear of embarrassment or failure---these things just fall away in the face of death, leaving only what is truly important. Remembering that you are going to die is the best way I know to avoid the trap of thinking you have something to lose. You are already naked. There is no reason not to follow your heart.”
XXX

Reminding the Stanford graduates that “death is the destination we all share,” he nevertheless comforted them by stressing that “Death is very likely the single biggest invention of Life. It is Life’s change agent. It clears out the old to make way for the new.” Right now, he told the graduates, “the new is you, but someday not too long from now, you will gradually become the old and be cleared away. “
Thus, Jobs reminded the young people, “Your time is limited, so don’t waste it by living someone else’s life. Don’t be trapped by dogma---which is living with the results of other people’s thinking. Don’t let the noise of others’ opinions drown out your own inner voice. And most important, have the courage to follow your heart  and intuition. They somehow already know what you truly want to become. Every else is secondary.”
Then he ended his commencement speech: “Stay Hungry. Stay Foolish…I have always wished that for myself. And now, as you graduate to begin anew, I wish that for you. Stay Hungry. Stay Foolish.”
Posted by Veteran Journalist and Relentless Advocate of Truth at 7:33 AM