The recent string of typhoons that hit Luzon this week, led by super-typhoon Pedring which devastated practically all of the provinces in this big island, has forced government and the people to confront this inconvenient and unarguable truth--- that calamities will devastate our country more increasingly. Therefore, more urgent attention will have to be given not just to mitigating their adverse effects, but to seriously addressing the factors that aggravate them. For there are some things that we humans can do to avert the full force of Nature's wrath. 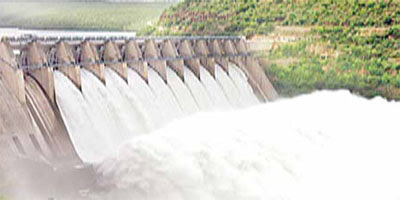 For instance, can we manage the dams more scientifically, so that there’s less guesswork in the release of the waters? The simultaneous release of water by the six dams is widely believed to be the cause of the extensive floods in Central Luzon that claimed many deaths and caused untold damage to public and private property. Star columnist Alex Magno has also stressed the critical need to study the structural soundness of these dams because, heaven forbid, if anyone of them should give way, entire municipalities could be swept away.

The majority coalition-controlled Congress seems hell-bent on passing intact the DSWD’s conditional cash transfer (CCT) budget of P39 billion for 2012, despite misgivings and apprehensions of many members about the impossibility of monitoring legions of petty disbursements and what appears to be a sure-fire formula for corruption at ground level. UP’s Professor Leonor Briones, in a seminar on the budget a month ago, spoke about how the CCT accentuates the negative aspects of our culture such as inggitan and sumbungan, and encourages indolence and the dole-out mentality among the poorer folk.

I agree wholeheartedly and I’d throw in also the lack of self-respect that it also elicits. People generally want to work for what they get, so that a mere dole-out goes contrary to this self-respect and work ethic.

But if Congress cannot be stopped from this stupid scheme, let’s turn it into something positive. With the widespread devastations wrought by the typhoons, tremendous clean-up and repair and rehabilitation  work will have to be done at local levels. Why not turn the CCT into a GIGANTIC EMPLOYMENT SCHEME instead, so that it would generate much-needed jobs for the able-bodied in the devastated areas? President Noynoy can issue an executive order coordinating the CCT with the Departments of Labor, Public Works and Science and Technology.


Estimates of damage to agriculture and infrastructure this early run into P6.6 billion, and will shoot up some more. If the government really means business with disaster-mitigation and rehabilitation, this should last well into all of next year. In the meantime, people could have jobs and some money ---as well as their self-respect. Please think about it, P-Noy.
XXX
I spent nearly a week in South Cotabato last week, primarily to attend a public hearing organized by Gov. Arturo “Dodo” Pingoy Jr. to hear both sides on the application by the giant multinational firm Sagittarius Mines Inc. (SMI) for a permit to open its proposed copper/gold mine in Tampakan---said to be one of the world’s largest such deposits. The dialogue proved most educational for us Manila media, as we quickly perceived it to be a battle for the hearts and minds of the local people.

The technical experts hired by SMI presented their exhaustive studies on the water, air, mine tailings and other environmental concerns, and in fairness to SMI, it seemed to have spared no costs to address them; the experts strove to reach out to the people by speaking in Filipino. Listening to them I said, hooray, not English. But as the chief of the UP’s National Institute for Geological Sciences, Dr. Carlo A. Arcilla, put it, the choice of the national language did not seem to work well in connecting with the Cebuano-speaking populace.
By contrast, the opposing side recruited speakers who addressed the people in Cebuano. Thus, even though their arguments were largely bereft of the scientific data born out of long exhaustive study, that  the SMI experts possessed, the oppositors were able to connect to the people thru the use of Cebuano and effective visuals such as a huge topography map, before turning over the mike to two “imported” experts who stoked the understandable fears of the people (e.g., one of them asked bluntly, “how many people will the SMI bulldozers kill?”).


The SMI analysts relied purely on cold scientific data which would have worked in a seminar for scientists, while the oppositors played to the emotions of the common folk audience. It’s an interesting study in group dynamics that industrial ventures into unchartered territory could learn from.
Any battle for hearts and minds is also always a question of establishing credibility. As Dr. Arcilla noted in his post-dialogue recommendations, one way to do this would be for the SMI people to build an office close to the foot of the tailings dam that’s proposed by SMI to contain waste materials extracted from the open-pit in the project center. This, opined Arcilla, would demonstrate that the SMI is “really committed to safety.” As he mused, “People do not understand volumes of studies, but a demonstration like this will prove a point immensely.” 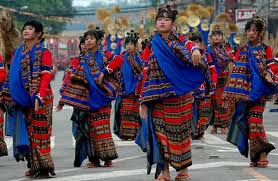 some members of the B'laan Tribe
http://www.travelpod.co.uk/
During the dialogue, we were able to interview Chieftain Dalena Samling of one of the 11 B’laan tribes living in the proposed 10,000-hectare mining site in Tampakan, nicknamed the “Footprint” by SMI. A comely, rather portly 41-year old woman with two children, Dalena, dressed in the colorful B’laan outfit, stressed that the tribes living in the area are all for the operation of the mines because these would give them a brighter alternative to their poverty of many decades. she asserted that those opposing mining are “outsiders” and not from within.
She explained that many of the native tribes in the “Footprint” area have over the years turned to planting marijuana and undertaking kaingin in order to survive, because there’s nothing else for them; but with the mines, she said, they will have jobs. “Magandang pagkakataon para sa amin,” she stressed, adding that “makakakain na kami ng tatlong beses isang araw.”
XXX
Chieftain Dalena knew about the royalty that would accrue to the indigenous peoples (IPs), estimated at around P40 billion over the next 17 years, which will be part of the agreement to be forged between the government and SMI if its permit is approved. Fears have been expressed in various quarters, however, that the IPs wouldn’t be able to handle such incredible revenues. She went ballistic at a mere hint of this, stressing that while many of her tribes people are still mired in poverty, they managed at great sacrifices to send a number of their young people through college and they will know how to manage those funds.
"Give us those funds and we will handle them well," she said, adding that her people deserve a bright future from the wealth that God gave them in those minerals buried beneath their tribal lands.

Posted by Veteran Journalist and Relentless Advocate of Truth at 9:52 PM