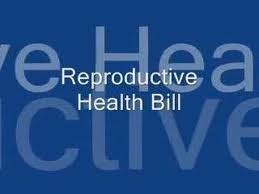 In addition to the six or so senators seriously committed to vote against the RH bill, reports say two more, namely, Senators Panfilo Lacson and Sergio Osmena III, have indicated they might go against it too---if it would appear that certain “morning after” pills currently banned as inducing abortion would be allowed by the RH bill if approved into law. This is the problem with the RH bill---there are many aspects that don’t tell us the entire truth and this includes the nature of those pills from abroad. A lot of people with authoritative credentials have written that some of those birth control pills do induce abortion and there’s much to be desired in the proposed bill, as far as honesty and candor are concerned.

This brings me to the salient point I raised with my friend, Manila Rep. Sandy Ocampo at a recent media party at impresario Beth Tagle’s QC home. Sandy told me she’s joining a few lady legislators who call themselves “Soul Sisters,” who are pushing the RH bill. I told her there is no need to push this bill as both sides of the issue are free to push their own agenda, such as making condoms available to those who want those devices. I argued that NGOs that advocate birth control methods have been propagating those and continue doing so even without the bill, whereas the Church and certain NGOs are pushing for natural family planning (NFP) methods.
One group that's effective in pushing its own brand of NFP is that of Archbishop Antonio Ledesma of the Cagayan de Oro Archdiocese. Recently I was invited to a NFP seminar by this group, conducted by Mitos Rivera formerly of the DOH, and I found it easy to comprehend with the use of colored beads that separate the "safe" from the "unsafe" days. I understand that the poorer sectors take to this method because it's free from abortifacients which can be expensive and dangerous to women's health.

I lament that the RH bill is needlessly dividing our people and those who DO NOT believe in it, such as myself, are ready to do everything we can to convince believers that there is absolutely no need for such a bill. Pushing one’s advocacy either way is part and parcel of our democratic setting, but it's a far cry from legislating a bill that, for instance, reduces the delicate subject of sex education in the same category as math, science and other subjects in school, starting from Grade 5, when, as the University of Asia & the Pacific stated in its official statement, this teaching should be done "from the intimacy of family relationships and reverence for life."


Moreover, legislating widespread use of condoms among the people is deleterious to morals and values especially of the youth, as it encourages them to take sex even more lightly than they already do---when the right thing is to teach them the responsibilities of sex in the context of marriage and family life. Of course times have changed and indeed sex is now regarded so lightly, but it is ENTIRELY DIFFERENT when the law says go ahead but just use condoms that you can pick up at any barangay health center.

I wish to cite here the view of Rep. Florencio “Bem” Noel who has taken the opposite side from his wife, Rep. Josephine Lacson-Noel on the RH bill (she's with “Soul Sisters”). Bem Noel, the chair of the House accounts committee, sees clearly that population control is not merely a question of scattering condoms and abortion-inducing pills with abandon, but of putting correct economics in place. Bem has stressed that poverty and overpopulation, which the RH bill seeks to address, could only be solved if government focused on development in the countryside, prioritizing livelihood, so that there will be enough jobs even for big families.

Right he is. In fact this blogger has long maintained that if married couples are busy with lucrative livelihood to raise their families with, they don’t need the state to dictate to  them how to manage the size of their families. The family size would automatically become manageable because the marital act becomes a cornerstone of raising a family, alongside livelihood. 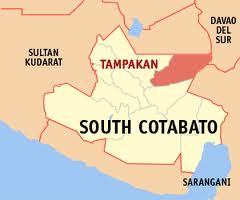 As I stated earlier, I flew to General Santos City last Tuesday with other media to attend the province-wide dialogue last Friday on the mining permit for the Tampakan Copper-Gold project in South Cotabato that's being applied for by the giant multinational consortium Sagittarius Mines, Inc. (SMI). South Cotabato’s first-term Governor Arturo “Dodo” Pingoy, Jr., a medical doctor and former provincial vice-governor and then three term representative of his province, stressed that he called for the dialogue in order to properly ventilate the various issues involved in this mining project, and hear out both the pros, represented by SMI and a lot of the indigenous peoples, and those opposing it, led by Bishop Dinualdo Gutierrez of the Diocese of Marbel and some members of the provincial board.


Manila media were quite impressed to find the huge cultural center in Koronadal filled to the rafters, with the crowds staying way past lunch-time (lunch consisted of packs of steamed rice with just a little adobo-type viand) to hear out the complex issues.

It’s easy to be overwhelmed by SMI even without the arguments that its local and foreign consultants crafted from years of study. SMI is PH-based and its 40 percent controlling equity is a joint venture between the internationally operating Xstrata Copper and IndoPhil Resources, while its 60 percent non-controlling equity shareholders are the Tampakan Mining Corp. and SouthCot Mining Corp., also known as the Tampakan Group of Companies, which are Filipino companies.

Tampakan Copper-Gold, located approximately 40 kms. north of progressive GenSan, is found within the boundaries of  South Cotabato, Sarangani, Sultan Kudarat and Davao del Sur, in Regions XI and XII, and represents one of the world's largest---some say it's the largest---undeveloped copper-gold deposits in the world. The Tampakan project is a 2.4 billion metric ton deposit---13.5 million m.t. of copper and 15.8 million ounces of gold at a 0.3 percent cut-off grade.

The Tampakan project, if approved, is expected to have an operating life span of 17 years, and evidently, the effects and repercussions of an operation of this magnitude will be staggering for Ph economy. As the GM for Operations and External Relations, Mark Williams, told media, the project investment, if approved, will be 3.4 times the size of the entire Philippine mining industry and bigger than the Malampaya multinational oil and gas exploration project off the coast of Palawan, which is currently the country’s biggest foreign investment. In fact, if it's a go, Tampakan will be the biggest single foreign direct investment in the country. Construction of infrastructure requirements alone would  cost US$5.9 billion in the next two years, employing 10,000 people; and if fully operational it will involve some 2,000 personnel.

Projected income tax earnings for Ph government at the end of SMI’s 17-year operation would be about P133 billion, or an additional 1 percent to Ph's GDP per annum, while excise tax at 2 percent of gross output is computed at P28 billion. On the other hand, real estate tax and business tax to the local community in Regions XI and XII are placed at P42.7 billion, while royalties to the indigenous communities and barangays inside the project is estimated at P40 billion.

So huge is this SMI project that the whole world is watching the developments here between the giant multinational and the national and local governments, and various stakeholders, including 10 tribes from the Indigenous Peoples, the Church and the populace of the four provinces---who will all factor into the decision to approve or disapprove it. Under the Mining Code of 1995, the national government could outweigh the objections of certain local sectors, but it’s also easy to see that the national government would put a lot of weight on local concerns. The government doubtless realizes, however, that as talk in financial circles abroad goes, should it be a no-go for SMI, other foreign firms would be gravely discouraged to come into Ph.

(Next: Tampakan project through the eye of the environmental needle, and humanitarian concerns)

for comments and / or suggestions
pls email:
polbits@yahoo.com

Posted by Veteran Journalist and Relentless Advocate of Truth at 7:03 AM