Pepsi jumps on Coke Zero reference by P-Noy in describing his love life; those remarks---and the Cola war they triggered---would doubtless eclipse in the public mind whatever gains China visit will yield 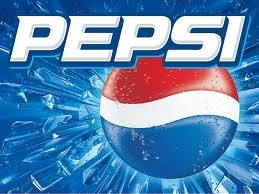 As happens often, President Aquino’s visit to China would be best remembered for those unforgettable remarks before the Pinoy community in Beijing about his love life---which the social media have been spinning with endless commentaries ever since. At this point we don’t know how much real “bacon” his delegation would bring home, but one thing is sure: the visit has reinvigorated the Cola war.

P-Noy wittily described his love life by using references to Coke products: "it used to be regular, then it became light and now zero." This morning, Pepsi, quick as a fox, jumped on the Coke imagery and took out full-page ads in the papers that said, “Love Life? Go from Zero to Max,” showing the popular Pepsi Max black can that promises “max sarap, no sugar.” That was a homerun for Coke's rival, and it should posthaste send a truckload of  Pepsi Max to Bahay Pangarap.
XXX
Seriously, though, just as P-Noy’s visit to China wound up, during which he boasted to his hosts that the Philippines is an emerging economic power, news came out here that in the second quarter of this year, Ph’s economy grew 3.4 %, considerably lower than the already-adjusted target of 5% for that quarter, and lower than the first quarter's 4% growth. Economists are now pessimistic that the country could attain the 7-8% year-end target needed to make a dent on poverty.
The fact is that in the second year of P-Noy’s administration, growth continues to be on the decline, and this means that all the more we will be dependent on bagging those foreign direct investments (FDIs) and moving the much-touted private-public partnership programs to reach that year-end target. Right now, however, Ph is not competitive. For instance, we bagged only a total of $714 million FDIs for the entire country from January to May this year, as against FDIs for Ho Chi Minh City ALONE of $1.47 billion for the same period.
Let’s hope the China visit produces concrete investments, other than the "reconfiguration" of the NorthRail project signed in the GMA era.
XXX
Economists assert that a major factor in the decline in GDP growth is the hesitation of this administration to spend, which is necessary if private investments aren’t moving. Recall that senators raised a ruckus a few weeks back when they discovered that with a few months to go, government has yet to spend the remaining P1.012 trillion from the P1.645 trillion national budget this year. The 3.4 percent GDP 2nd-quarter growth reflects this failure to pump-prime the countryside.
Realization must have suddenly set in, though, for today’s news said P-Noy has ordered the release of P6 billion to fund the development of new airports as well as the repair and maintenance of various domestic airports to service foreign airline companies that will partake in the government’s open skies policy (recall that a few weeks back he cancelled construction of the Panglao airport in Bohol, a signature project of GMA, as well as contracts for steel RORO ports around the country).

I can surmise that there are several reasons for this administration’s under-spending. One is its paranoia that projects drawn up in the GMA era could be “tainted.” I recall that in the Cory years, then Public Works Secretary Vicente Jayme was said to have become so zealous in watching over PW projects that the DPWH was virtually paralyzed into inaction.
Apropos to this, the Standard reported that the P-Noy administration plans to “take control of some P100 billion in lump-sum appropriations for unfilled positions and strip the national government agencies, including the co-equal Supreme Court, House and Senate, of the power to disburse the funds in the name of ‘transparency.’ “ Christine Herrera quoted House Minority Leader Edcel Lagman as lamenting that henceforth any release of the “special budget,” when each position is filled, would require the signature of P-Noy.

Ironically, though, in implementing the Conditional Cash Transfer (CCT) program run by DSWD’s Dinky Soliman, which seeks nearly P50 billion for next year and P305 billion until 2015, P-Noy seems to have no problem---despite warnings from every corner, including his allies, that this gargantuan dole-out program is studded with flaws, could institutionalize corruption and mire Ph in debt. 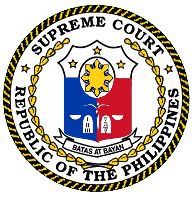 Part of the budget-tightening imposed by this administration,---which is putting it in direct collision with the Supreme Court--- is its decision to withhold direct allocation of some P1.25 billion in the Judiciary’s budget for some 5,097 unfilled positions for judges nationwide. Reports say the Palace wants Congress to make the SC pass through the Budget Department and request allocation every time a court position is filled. But as Chief Justice Renato Corona stressed, this would violate the judiciary’s fiscal autonomy, as guaranteed by the Constitution (Sec. 5, Article VIII on the Judicial Department).
Checking out Sec. 5, I note that so strict is this guarantee that the Constitution provides that appropriations for this branch “may not be reduced by the legislature below the amount appropriated for the previous year and, after approval, shall be automatically and regularly released.”
XXX
The President’s desire to make DBM release the judiciary's funds only after a position is filled definitely goes against the Charter’s intention to make the that branch of government as independent as possible. But what’s even more contradictory is that P-Noy  himself is the appointing power for judges and justices, and yet he hasn’t been making appointments. Right now, because so many court positions are vacant (including one in the SC), incumbent judges have become so overloaded with work. This could help explain the slow grind of the justice system.

Presidential spokesperson Edwin Lacierda was quoted recently as saying that since the Palace is "not eager" to fill up the vacancies in the judiciary, why release the funds? But why doesn’t the President even begin to appoint the judges---so the judiciary can perform better?

P-Noy seems to be so afraid of GMA’s shadow, but meantime, there’s demoralization in the judiciary. As a ranking retiree told this blogger, many retirees still haven’t received their salary differentials. Moreover, Chief Justice Corona’s 63rd birthday is coming up on Oct. 15, and by tradition, judiciary personnel get to enjoy some perks on that occasion; but nothing seems to be coming.
I wonder if this budget-tightening on co-equal institutions isn’t part of the allocation of resources to what P-Noy deems “more useful," such as the CCT extravaganza. Or in the case of the SC, is it part of his resentment at the continuing rebuffs from the Court, the latest its striking out Mike Arroyo from the watch-list?


Posted by Veteran Journalist and Relentless Advocate of Truth at 6:18 PM