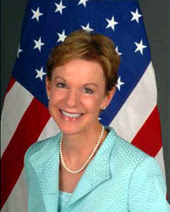 The Palace is not handling the Wikileaks disclosures attributed to Ambassador Kristie Kenney well. In the first place, these cannot be established for sure as having been made by the former ambassador to Manila, now stationed in Bangkok, as there has been no straightforward denial or acknowledgment by the US State Department nor by Kenney herself. The best way to handle those supposed leaks would be for Malacanang to say that if true, Kenney is entitled to her own opinion---period. But no, President Aquino and his spokespersons kept up the attack on Kenney for the past days, losing his cool altogether---truly regrettable.
XXX 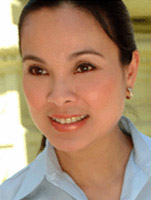 P-Noy should follow the example of Senators Manny Villar and Loren Legarda in treating diplomatic leaks. When one such item supposedly from Kenney quoted Villar as having a “low regard” for his 2010 runningmate Legarda and that he felt he would just have to live with that sentiment after having chosen her, both candidates were quick to shelve the diplomatic gossip aside, which was quite mature of them.
Said Villar: “If that’s (Kenney's) opinion, I cannot change it.” Loren said that her runningmate must have had that opinion of her initially as he didn’t know her at that time; but that after they campaigned together, Villar “came to regard me well.” Rather than dignify the leaks, she said she’d rather save her time, energy and resources for other “important matters.”
Take note, P-Noy and Palace officials.
xxx
I recall first reading in the internet last year about Julius Assange’s notorious revelations of secret cables from various foreign affairs ministries around the world and how they threw governments into consternation. I had had wondered what the revelations about the Ph government would be like.

Now that hacked files from the State Department have landed on our shores, there’s consternation left and right here too. Personally, however, I think Ambassador Kenney’s assessments of Cory and Noynoy Aquino (if they were hers) were quite fair and factual, including that portion where she was supposed to have described candidate Noynoy as “diffident and unassertive” when they first met at her home. In a subsequent cable Kenney wondered whether his personality would change as the campaign went on, but few locals would dispute her initial verdict that Noynoy was diffident and unassertive (this writer had covered Congress for a long while and I don't recall hearing him speak out on the floor, for instance---not on any subject. In votings he would just raise his hand or signal to the secretariat).
In fact I thought Kenney was rather kind to both Cory and Noynoy Aqiuno.

The ARMM Screening Committee of the Office of the President has been advertising in full page ads the list of applicants and nominations received as of Aug. 26 deadline, for various vacant positions in the ARMM---i.e., the post of OIC governor, OIC vice-governor and the OIC members from various ARMM provinces for the regional legislative assembly. The ads state that from these numerous applicants will be drawn up the “short list” (a la JBC style with regard to judiciary appointments) of finalists, from where the list of final OIC appointments will be made by the appointing power, President Aquino. 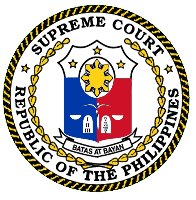 Looking at these full-page ads with all the names of applicants for various OIC positions, I got the impression that it looks like it's all systems go for RA 10153---the recent law that postponed the ARMM elections scheduled last August, and mandated their synchronization with the national elections of 2013. However, having patiently sat through two long hearings held last month by the Supreme Court on the constitutionality of that postponement---or the lack of it---I realize that the SC could still throw out RA 10153. In fact, the SC could order the elections to go on this month, as originally scheduled earlier, for a shorter term to end on June 30, 2013---after the ARMM elections are synchronized in May 2013.

XXX
I felt that this is the drift perhaps to a man of the SC justices who had grilled Solicitor-General Joel Cadiz on the administration’s move to postpone the ARMM elections, after it got its allies in Congress to pass RA 10153 on synchronization. Cadiz tried to defend that law on one singular argument: that the Constitution mandates that all elections be synchronize;  but Justices Antonio Carpio and Teresita de Castro attacked that move as the “most difficult” of various options open to ARMM to implement. The two justices stressed that postponement rendered quite meaningless the autonomy enshrined by ARMM's creation.

Justice Carpio was particularly brilliant in his unrelenting staccato queries, while Justice de Castro, though far gentler, displayed great familiarity with the complexities of the ARMM issue. It should not surprise anyone that she is, she served as legal counsel of the  government panel in talks with the MNLF in Jakarta, that led to the September 1996 Agreement in the FVR years. De Castro was also a UP political science student of Nur Misuari.
Under fire from these two justices, Sol-Gen Cadiz squirmed on the witness stand, as he kept coming back to the defense of synchronization. But given his weak defense of the postponement move and the SC justices' vehement sentiments against the deprivation of autonomy of the Muslim people by RA 10153, I cannot see the justices favoring postponement. Unless, of course, there are political considerations that will weigh on them.
XXX 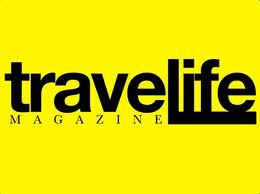 This event is for gourmets in search of gustatory excitement. The chic glossy bi-monthly travel magazine published and edited by my daughter, Christine Cunanan, “TraveLife,” and the Embassy of Italy under Ambassador Luca Fornari, will sponsor a “TraveLife-Italy Night” this Thursday, September 8, 2011, at 6:30 pm. at the popular event venue “Whitespace,” in Pasong Tamo Extension, Makati City. While the Italian Embassy will be featuring touristic highlights of that exceptionally beautiful country in Europe, TraveLife seeks to promote Italian culture via its unparalled cuisine, a huge favorite of Pinoys.
The high point of Thursday’s “Italy Night,” in fact, is a special nine-course Italian degustation dinner created for this occasion by famed gourmet chef Margarita “Gaita” Fores, who studied Italian cuisine in three regions: Florence in Tuscany, Milan and Rome, and is known as the lady behind the 10-year success here called "Cibo."  years.
In addition to Gaita’s degustation dinner, “Italy Night,” which is also sponsored by Bacchus Epicerie, and HSBC, there'll be a light-and-music show personally conceptualized by Christine Cunanan and Mme. Silvana Fornari, the Italian Ambassador’s lady.
Interested parties are cordially invited to this event at Whitespace, and over 200 persons, including over 20 ambassadors, as well as regular readers of TraveLife Magazine and lovers of Italian culture and cuisine are expected to attend this unique visual and gustatory encounter---a team-up by a magazine and an embassy.
For further inquiries: please contact TraveLife Magazine’s Bernice Qua: Tel 8138400/ 8922620, or email travelife@travelife.biz
For reactions/comments, pls. email:
polbits@yahoo.com
﻿
Posted by Veteran Journalist and Relentless Advocate of Truth at 12:58 PM