Ombudsman and heads of COA, CHR, CSC and Comelec protest Palace’s “hostage” of their budgets; “Harana 2”in need of ‘ninongs’ and ‘ninangs’ for students attending its concerts

General Santos City---With media colleagues I flew into this southern city yesterday on PAL’s first flight. We immediately sailed into huge crowds along the roads that had been waiting for their beloved city-mate, Miss Universe Third Runner-up Shamcey Supsup who was arriving that morning from Manila, after her brief meeting with the President at the Ninoy Aquino Airport and a triumphant ticker-tape parade in Makati City the other day. Her mom was aboard the PAL flight with us, but Shamcey, in a fetching bare-shouldered electric-blue gown, arrived in GenSan in a gleaming white jet owned by the Araneta Group, and the crowds, including uniformed elementary and high school kids, who had been baking in the increasingly hot sun., went wild. She was met by her father who seemed quite embarrassed by all the attention his family has been getting lately. The beauty queen was ushered to a four-poster gilded float for a city motorcade that ended in the downtown auditorium where the crowds could gawk at their second world-class pride (after Manny Pacquiao). 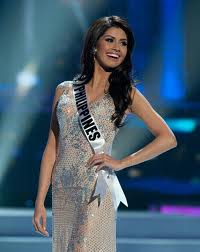 Ah, beauty---all the world loves a beauty queen indeed and the popular talk here  (and in the rest of the country) was that if she didn’t bag the Miss Universe crown because of geo-political considerations (the world title had to be given to Angola kuno as a consolation for that African country 's  turbulent history), Shamcey should at least have been first runner-up because her beauty and talents really stood out. Or at the very least, said everyone here, she should have been second runner-up as she definitely was more beautiful than Miss Brazil; but then, they all conceded that  that third slot was a hometown decision in Sao Paolo.
Over the past few days since the Miss Universe Pageant closed I have been listening to commentaries beginning with those in my household staff, which didn't seem to depart from those around the country. Everyone seemed smitten by the beauty of the fetching lass with the wide engaging smile and dark tantalizing eyes from the land of the gigantic tunas. For a few days, Pinoys forgot their joblessness, the traffic, politicians' squabbles and OFW woes.

XXX
As for the business that brought us to GenSan, we're here to attend the multi-sectoral forum this Friday by South Cotabato Governor Arturo "Dodo" Pingoy, with longtime Bishops Dinualdo Gutierrez and Jimmy Afable, attending, on the hot issue of mining. I was only too happy to come here, for I have long maintained that our country is one of the richest in the world in minerals and these should be PROPERLY and RESPONSIBLY utilized to free our people from the bondage of poverty. A lot of this wealth is concentrated in four provinces of Regions XI and XII , namely, Sarangani, South Cotabato, Davao del Sur and Sultan Kudarat, and at the center of the forum here would be the giant multinational Sagittarius Mines, Inc.(SMI) ---which is currently applying for crucial documents to be able to operate here, including three Environmental Compliance Certificates (ECC).
As media I'd be delighted to listen to the various sides: Bishop Gutierrez (whose mind is reportedly closed to the idea of mining here), the SMI people themselves as well as the various communities that could be affected, such as the ten indigenous tribes here. I shall be reporting in this blog and over dzRH on crucial points to be raised in this forum in Koronadal, South Cotabato. 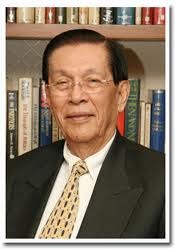 Political figures and media commentators continue to be preoccupied with the Palace’s continuous hold on the P101.5 billion in unspent funds that should rightly belong to the judiciary and independent constitutional bodies---now termed the Miscellaneous Personnel Benefits Fund (MPBF). Senate President Juan Ponce Enrile and Sen. Joker Arroyo had earlier rang alarm bells over the Palace’s "hijacking" of these unspent appropriations for unfilled positions in all three branches of government into the MPBF. The  senators termed this move clearly unconstitutional and aimed at Palace control of agencies intended by the Constitution to enjoy full fiscal autonomy, so that they could be truly independent in their functions.
Enrile, in fact, lambasted the Palace "hijack" move in such strong terms that I can foresee an attempt in coming weeks to  oust him from the Senate's helm if he continues to prove intractable. But given his stature and his unrivaled experience in government, I think JPE should lead the “Be Not Afraid” movement. For if he is ousted from his post by perhaps the super-ambitious Franklin Drilon, JPE could fall right into the lap of the people for defending the fiscal autonomy of the judiciary, the Ombudsman and the Commissions on Audit, Elections, Civil Service and Human Rights.
XXX

At the recent plenary debates in the House, Senior Deputy Minority Leader Danilo Suarez of Quezon asserted that should these questionable violations of the fiscal autonomy of these constitutional bodies and the judiciary persist, he is prepared to raise this issue to  the Supreme Court. If this happens, I can almost predict another memorable “encounter” between the SC and the Palace, as the Court itself is under the gun now.  Suarez’s move would be a good test case of a crucial constitutional issue.
To add more drama to this sore issue, Standard columnist Gary Olivar, who had served as Deputy Press Secretary in former President Arroyo’s time, wrote last Tuesday that the five heads of the above-mentioned constitutional bodies recently complained in writing to Budget Secretary Butch Abad “about government’s ‘taking hostage’ of their respective budget funds, which they claimed was a violation of their fiscal autonomy.” Olivar  stressed that except for one  agency (the Civil Service Commission) all the other agency heads were appointed by P-Noy, but now they are all complaining of this terrible violation.  It's that bad. 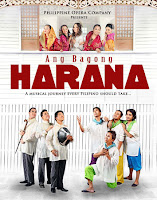 I strongly recommend to you readers that you indulge yourself in a beautiful concert called “Ang Bagong Harana” or as the singers fondly call it, “Harana 2,” to be staged by the Philippine Opera Company (POC) on Sept. 29 and 30, 2011, at 8 pm. and on Oct. 1, at 3:30 pm. and 8 pm. at the Carlos P.  Romulo Auditorium, RCBC Plaza in Makati City. I had invited guests to the first Harana Concert two years ago, and I must tell you that it was just beautiful  and both Pinoys and foreigners who saw it were delighted. Harana 2 promises to outdo Harana 1, as it brings more  opera and theater talents, composers and arrangers under the direction of Floy Quintos, and features our best-loved contemporary love songs and folk music from various regions, in full  native costumes and choreography.  As “Harana 2” puts it, this is a “musical journey every Filipino should take.”

By the way, POC's lovely and indefatigable prexy, soprano Karla Gutierrez, is asking for “Ninongs” and “Ninangs” who can help underwrite the subsidy for discounted students' tickets to “Harana 2” concerts. A P10,000 donation from each “Ninang” and “Ninong” will help 50 students attend a concert for only P150 per head, as the Ninang or Ninong will subsidize the P200 for each student ticket costing P350. This is a most worthy donation, for I have always maintained that our students, especially from the public schools, should be  given every chance to attend these cultural shows, so that they grow up familiar with our very own music. Please help out, you Ninangs and Ninongs.
Call POC at 881-7168 or Karla at 0917 5272 880, or TicketWorld at 891 9999, or log on to www.philippineoperacompany.com, or Like Harana on Facebook.

Posted by Veteran Journalist and Relentless Advocate of Truth at 8:47 AM