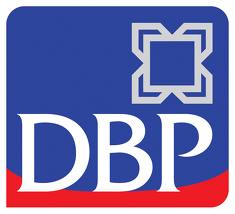 According to media reports, President Aquino continues to be perplexed as to why the 43-year old lawyer working in the DBP legal department, Benjamin Pinpin, committed suicide last Aug. 2 by hanging himself in a hotel room in Las Pinas. The President was said to have asked Finance Secretary Cesar Purisima for a written report on Pinpin’s case, as he was puzzled that the young lawyer would resort to suicide when he was actually unburdening himself by executing the affidavit. Thus, opined P-Noy, the normal reaction of this lawyer should be to feel "relieved," but instead, he ended his life.

Interestingly, P-Noy seems to be the only one in town who doesn’t know the reason for Pinpin's actuation, or that the nation is already reeling from disgust over the "over-zealousness" of the administration's people who drag cases across the media even before they are brought to the proper courts.

As gleaned from Pinpin’s tragic suicide letters to his wife, mother and young son which were published in various media, he ended his life because he couldn’t bear to be party to the twisting of facts by the current DBP board in connection with the case of the two loans granted to businessman Roberto V. Ongpin worth P660 million by the previous board in the GMA era.


Pinpin, along with 19 other employees and officials of the DBP, were given show-cause orders by the present board, to explain their supposed actuations with regard to the Ongpin loans, which the current board regards as behest.

That Philex deal, plus earnings from the Energy Development Corporation privatization and Meralco earned DBP a total of P6.5 billion clean last year. It was a good year but ironically it also turned out to be controversial because of the agenda of the new board---which was, to show that the bank was manipulated in the GMA years  in favor of Ongpin, who's believed in business circles to be a crony of the former First Gentleman.  There ensued a witch-hunt among DBP officials and employees which has left them quite demoralized. 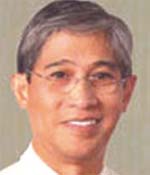 From what could be gathered in media reports,  what triggered the prosecution of the former board led by former president Reynaldo David (who came to DBP from Exim-Bank and Citibank), ironically, was another behest loan---, this time being processed by the current board headed by new Chair Jose A.  Nunez, Jr., a close associate of Salvador “Buddy” Zamora of the famous Zamora brothers.

Reports in the media state that at the outset of the new administration, Buddy Zamora had applied for a big loan from the new DBP board;  but one of the bank’s most senior officials, Chief of Corporate Banking Armando Samia, who is also concurrently with the Al-Amanah Islamic Investment Bank of the Philippines,  refused to process that loan because Zamora had allegedly ran up other debts that had remained unpaid and were just being continually restructured.

But apparently Zamora was super-malakas with the DBP board chaired by his erstwhile "gopher," Chair Nunez.  Media reports recounted that at the inauguration of the new officials of the bank, Nunez, in the presence of all the bank personnel,  thanked his benefactor Zamora;  he also brought in officials from the Security Bank, owned by the Zamoras, to beef up the DBP. Their closeness came from the fact that Nunez was a former partner of Zamora in Nonoc Mining  and Phil-Phosphate Fertilizer co., and he managed the Cagayan de Oro-based water supply from Rio Verde, “Bacovalley,” owned by Zamora
XXX
The new DBP board began playing out the Palace script of warring against the alleged corruption of the old regime, which meant first discrediting the old David board and Ongpin’s loans. The outspoken DBP chief legal counsel Benilda Tejada, who was Benjie Pinpin’s boss, was quoted in a recent interview as saying that the new board led by Nunez and president Francisco “Pepo” del Rosario Jr. had a “bias” right  from the start against the old board.  Tejada, who was pirated by the old board from Allied Bank, was quoted as saying that the new board had been looking for someone to pressure, in order to firm up its agenda. She asserted that “There was a single-minded purpose against Ongpin “since Day One” and there was “a foregone conclusion in all of this.” 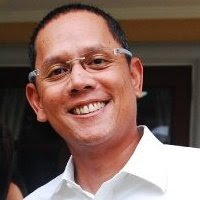 With the entry of the new P-Noy administration the old DBP  directors were all fired---except for Franklin Churchill Velarde, for one obvious reason: his father is Mike Velarde.  The new board initially included Akbayan President Ronald Llamas, who was subsequently kicked over to Malacanang as Presidential Adviser on Political Affairs, after it was deemed difficult to explain to the Monetary officials that Llamas  has no college degree.


Today DBP rank and file refer to the most powerful clique there, nicknamed the “Gang of Four:” Chair Nunez and three directors, namely, Blas James G. Viterbo, a corporate and tax lawyer with management and finance background and a former chief of staff and legal counsel of Sen. Mar Roxas; Juan Kevin G.Belmonte, President of the Philippine Star Global Corp.; and Antonio Jose Periquet of Deutsche Regis Partners, Inc. This group is cited in the media as exerting the strong-arm tactics, as against the group of DBP president Pepo del Rosario. There is, in fact, quite a bit of tension in the current divided board.
XXX
If chief counsel Benilda Tejada is to be believed, the new DBP board commenced soon enough its investigation of the Ongpin loans and senior officials as well as employees down the line, with thinly veiled threats of repercussions affecting their jobs and benefits if they refused to cooperate. On May 21, seventeen officials and employees were asked to sign affidavits that sought to discredit the old board and the Ongpin loans. The outspoken Atty. Tejada was one of the casualties, as she was booted out as chief legal counsel owing to the board’s “loss of confidence.”


These high-handed pressures could have affected the low-key young  Benjie Pinpin to the point where he became deadly afraid for the future of his family. In the words of Tejada, Pinpin was "collateral damage."


Apparently President Aquino was made to believe that Pinpin was “one of the initial witnesses, if not the prime witnesses to what actually transpired (regarding the Ongpin loans),” as he was quoted saying.  From my inquiries, however, it turned out that Pinpin, a law graduate of the Arellano University Law Foundation, should not have been in the direct line of fire  as he was not really employed as a lawyer but as a documenter in the documentation office.


So low-key, in fact, was Pinpin that former directors cannot remember him distinctly, but it’s indication of the thorough application of high-pressure "over-zealousness" of the  current board that it would go down the totem pole and squeeze a quiet young fellow whose job in the bank was just to check details out---and make him sign something that revolted his inner self and basic decency. At that point he snapped.
XXX
During the wake for Benjie Pinpin, his wife Amelia was quoted in the media as saying that since last June she noticed how her husband couldn’t eat or sleep well and had lost a lot of weight. But she didn’t know where it was coming from. That morning of Aug. 2, she narrated that Benjie brought his two children, Audrey, 14, and Colin, 12,  to school and unlike his usual habit of just letting them off the car, he got down and hugged them both and then sped away. It turned out that he checked into a hotel where he hanged himself. After he failed to come home that night, his wife contacted the police.
XXX
Among the things Benjie left behind, which his family discovered, were the letters to his wife, his mother and his son, which spelled out his profound anguish and torture over what was happening in his office. In a letter to Amelia in long-hand he said: “I made this biggest mistake of my life this week (last July 27). I shouldn’t have submitted (the affidavit). I should have followed my heart. My mind was confused. I don’t want to live with the thought that I turned my back (on) the people who trusted me. By submitting that affidavit, I exposed myself in going beyond the truth…” In copies of his affidavit, media saw words like “no…,” "false" and “not true” scribbled on the margins. He also crossed out the sentence saying, “I was instructed to prioritize the account.”
XXX
Benjamin Pinpin’s letter to his mother read, “I was desperate, don’t know what to do, I was thinking of too many things. I lost all reason. I was scared, Ma. I was scared of losing everything: family, job, respect freedom.” He regretted that “I chose to sell out on people who trust me. That was not me. But the desperation brought out the worst (in) me. I regret it. But it is too late to correct things. Whichever way this goes, I’m going to be charged. I just made things worse…” 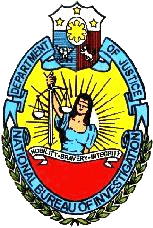 Among the things Pinpin left were documents that he had left instructions to his wife to turn over to legal chief Benilda Tejada, who has since taken them to the NBI. There is grave demoralization within the DBP and employees wear black arm bands for their colleague. Tejada is their symbol of hope. Let us pray that justice would be rendered to Pinpin and other DBP employees who are being forcibly coerced to lie in order to carry out the new board’s agenda.

For comments/reactions, pls. email:
polbits@yahoo.com
Posted by Veteran Journalist and Relentless Advocate of Truth at 9:44 AM