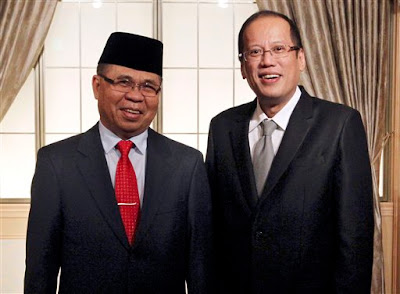 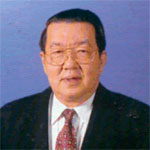 Last Thursday afternoon, I was at Malacanang’s Heroes’ Hall to attend the 50th anniversary of the Ten Outstanding Students of the Philippines (TOSP), at the invitation of its founder, the indefatigable Jose “JoeCon” Concepcion Jr. In 1961, JoeCon had the remarkable vision to set up the nationwide search for the TOSP and except for some six years at the height of martial law when the program was suspended, it was sustained religiously over the past five decades by JoeCon and his children, among them his son, Go Negosyo’s driving force, Joey Concepcion III, president and CEO of the RFM Corporation, and Marie Concepcion-Young, president of the RFM Foundation. TOSP has inspired thousands of young students around the country to strive for the singular honor of being counted among the nation’s best student achievers.  Orchids to JoeCon and his family for a most worthy program. 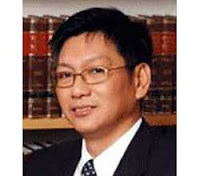 The venue proved to be as big a news as the actual meeting. Why Tokyo, when normally it would have been Malaysia which had been thick into the negotiations between the government and the Muslim rebel group over the decade and a half? Over the years Malaysia had been monitoring the peace process in Mindanao quite actively and in fact it had hosted talks between the two sides and maintained a contingent of peace-keepers in Mindanao for some time.

The "morning-after" reactions to the top-secret Tokyo tryst predictably varied, with some rejoicing over reports that the renegade Moro group is dropping its pressure for an independent state in Mindanao and is ready to settle for a "sub-state" (which encouraged the P-Noy administration to make that lightning journey to Tokyo in the first place). Politicians of different hues and lawyers are now sifting for whatever can be politically mined this early from the tryst, with one or two of them questioning the status of belligerency attained by the rebel chieftain's meeting with the President.

But even if in future weeks nothing much comes out of the Tokyo tryst, it was sufficient for the morning-after headlines to crowd out some negatives for P-Noy for the moment.
XXX
Speaking of discontent, reports indicate that some former classmates of P-Noy in Ateneo AB Eco '81, a good number of whom were recruited to serve in the government under the KKK classification (kaklase, kaibigan at kabarilan) have sought to dissuade him from carrying out the prosecution of the Arroyo family in the media---their trial by publicity--- and instead, to leave all the alleged cases of corruption and electoral fraud to the proper agencies and the courts. His Ateneo classmates reminded P-Noy that since he has already appointed an Ombudsman of his full confidence in Justice Conchita Carpio Morales, he should now leave those cases to her, so that he and his advisers could, in turn, focus on crucial economic developments in the country and around the world, especially in the light of the debt ceiling compromise cobbled by the US Congress and the down-grading of the US credit rating by Standard and Poor’s from AAA to AA+.

President Noynoy should listen to his classmates who mean well, and to various columnists who have come up with their own suggestions along this line. Yesterday the sober Star legal columnist Jose C. Sison, pressed for the investigation of all anomalies of the past; but in the same vein he deplored that “there is something wrong with the present method of doing it” where there is “too much publicity on the matter under investigation.” He cited “all the fuss and interest on (Virgilio) Garcillano that leads one to conclude that these are all pure publicity stunts.”

Indeed, the way the government is coming hammer and tongs at Garci by even investigating his properties, just to make him recant his earlier story that GMA never asked him to cheat, it's arousing unintended sympathy for the guy. In a similar vein, there's obviously more than meets the eye in the recent tragic suicide of 43-year old DBP lawyer Benjamin Pinpin amid talk of a witch-hunt being conducted by the current DBP board of all bank officials connected with the GMA administration. What's the truth?
XXX
Atty. Sison also deplored the violations of human rights “in the heaping of condemnations on persons tagged even if they are just raw information that are still subject to verification in the proper forum.” In other democratic regimes where the justice system works well, said Sison, cases of this nature are “quietly investigated without much fanfare and away from the glaring eyes of media. Witnesses are shielded and fully kept incognito so that they cannot be interrogated yet. Media get wind of the case only after it is duly filed in the proper court.”

I quite agree. In the Aquino era it’s trial by publicity and character assassination in lieu of court cases.  To set things aright, the first thing the Palace ought to do is to leave the corruption and electoral fraud cases to the DOJ and Comelec, and yes, shut spokesperson Abigail Valte’s trap.

Sen. Migz Zubiri took the country by storm when he resigned recently from the Senate, in a move to save his family from further hurts and insults over allegations that he cheated in the 2007 elections, and to preserve the integrity of the Senate. Zubiri is being hailed for his uncommon courage and delicadeza for that unprecedented move and it’s quite obvious that he fell from the Senate floor to the lap of a praising nation. At this point he’s a shoo-in for 2013.
Over the years I’ve seen the transformation of this young man from the reputation of a playboy and happy-go-lucky guy to a serious and very diligent law-maker who authored a number of significant legislations and steered the Senate ably as Majority Leader. His family can be truly proud of him.

But I also hope that the results of the electoral protest of bar-topnotcher Koko Pimentel would be sped up so that if he really won the senatorial race, he could quickly assume his duties in the Senate. Koko has waited long enough for this moment. 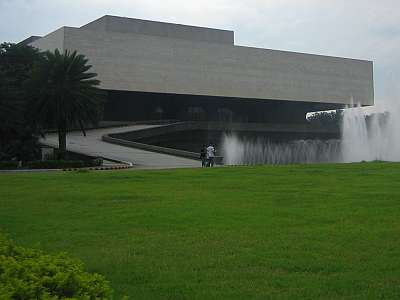 Two people were able to enter the CCP Art Gallery a few days ago, where the controversial artistic “distortions” of Jesus Christ are hanging, and registered their anger over the paintings in a most vivid way. The CCP is said to be contemplating suing the two “vandals,” but it should also be prepared to be sued by individuals and groups who are quite angry that the exhibit failed to respect the sensibilities of believers in Jesus Christ. As I said before, if the offensive paintings were displayed in a private gallery I would have no problem with that. But they were shown in a state-run gallery which should have taken into consideration the feelings of Christians who happen to be the dominant religious group in this country. But even if the offended groups were Muslims or Judaists, I’d feel the same way. CCP officials led by the irascible Emily Abrera are displaying misplaced defiance.
Consider this reaction from a blog reader to the controversial CCP exhibit: “Would CCP have allowed also the exhibition of a sculpture of, say, Ninoy Aquino with enlarged ears, like those of a donkey, or of Tita Cory’s pictures with horns on her head and holding a male genital organ? Heaven forbid. But how come defaming Jesus Christ is tolerated and even encouraged?” Good question.
XXX

Tomorrow, Sunday, Aug. 7, in the dzRH program Cecile Alvarez and I host at 8 pm., we'll exchange views with three smart young students on their fifth year of masteral studies at the University of Asia and the Pacific, on various aspects of the RH bill that'being debated in Congress. We asked Ramon N. Cabrera, Jorenz C. Perez and Ina B. Gonda, for instance, how tough it is to be upright young men and women in a very permissive age, and what their objections are to various aspects of the RH bill, such as the sex education that's proposed to start in the schools at Grade V. Our session at 8 tonite, 666 on the AM band, will be both enlightening and fun.

﻿
For comments/reactions, pls. email:
polbits@yahoo.com
Posted by Veteran Journalist and Relentless Advocate of Truth at 9:57 PM