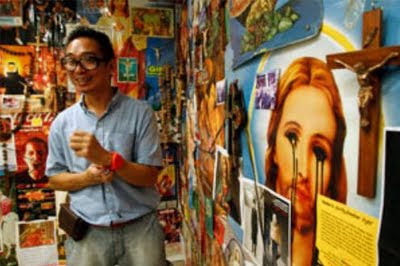 The hearing conducted by the Senate committee on education, arts and culture, chaired by Sen. Edgardo Angara brought out a number of interesting highlights. One was the obvious domination by Emily Abrera, the chair of the board of the Cultural Center of the Philippines, which is led by its president, Raul Sunico, an outstanding pianist who also heads the Conservatory of Music of UST. A big woman with flying hair and given to flailing gestures when she talks, Abrera gave the impression at the hearing that in her judgment she does not maintain a healthy balance between the welfare of the public that the CCP serves, being a state facility, and concerns of artists---when that balance is imperative in her position. In view of this failure Abrera should resign as CCP head, but she is kapit-tuko. 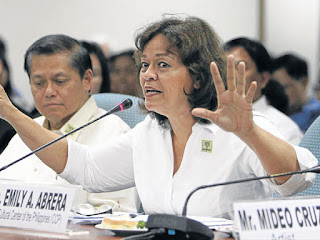 At the hearing it was noted that from the time the board’s attention was called on July 18 by Karen Ocampo Flores, the officer in charge of “Visual Arts and Museo Division” of the CCP---a full month after the exhibit had already run---there was a time lapse of more than three weeks before it was closed down on Aug. 9.  Sunico related that despite the vote taken by the board on the controversial exhibit--- which yielded more votes in favor of closure than keeping it open--- and his subsequent order to close it down, Abrera prevailed upon the board to take into consideration the “sensibilities of the artists.” It took another two weeks before a forum representing various parties, including those opposing Cruz's  exhibit, could be called on Aug. 5 to tackle the issue of the artists’ sensibility; shut-down did not come until the following week. 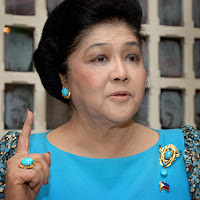 It appears that it was only after former First Lady Imelda Marcos visited the CCP exhibit last week to vehemently protest the “blasphemy” to the board that things began to move in that direction. This was reportedly followed by a call to Abrera by President Aquino (who found his voice after Marcos spoke openly against the exhibit), which finally did the trick. but even then, the rationale given by the CCP Board in closing it down was the need to secure the premises from numerous physical threats---no mention of its lapse in judgment on the violation of commonly-held cultural norms for a state-run cultural facility.
XXX

This blog column has no problem with taking artists’ consideration to heart, but inasmuch as the CCP is a state-run facility, the public interest should be the over-riding concern; but this was not the case. As I stated here earlier, I fully respect artistic freedom (even if the Cruz exhibit was far from artistic), and if his works were shown in a private gallery, especially one with a predilection for avant-garde shows, there would be no problem.  The public could just stay away from such outlet if an exhibit does not conform to its taste. But at the CCP, families are wont to take their children of all ages to view its exhibits and shows after a morning of picnicking or strolling. How would they explain Cruz’s show to their young children whom they accompany in their nightly prayers?
XXX

There’s one erroneous claim made by the defenders of Cruz’s  works at  the CCP---they cite that these had previously been shown at the UP and the Ateneo University and they created nary a controversy. The obvious justification is that these institutions should serve as the ”seal of good housekeeping” for Cruz's shocking works. A case in point, however, ought to be made.

At Tuesday’s Senate hearing, someone stressed that Fr. Catalino Arevalo, the renowned Jesuit theologian at the Ateneo University, had said that Cruz’s controversial works were not shown at the Ateneo at all. I pursued that line and found out that Fr. Mario Francisco, president of the Loyola School of Theology (LST) at the Ateneo campus, had just issued a one-line explanation in the Ateneo “Blue Board,” a website that caters to its personnel and alumni. It said, “We categorically deny the report that the controversial works of Mideo Cruz at CCP were part of the 2007 Tutuk Nexus Exhibit (shown) at the Loyola School of Theology.”  In other words, Fr. Francisco flatly denied that the works of Cruz SHOWN AT CCP had ever made an appearance at LST.
XXX 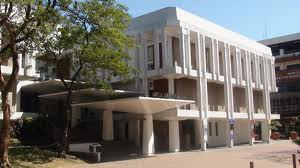 Fr. Francisco’s denial about that part regarding the CCP exhibit was clear enough, but I made follow-up calls to the Ateneo Art Gallery to ascertain whether there were other occasions when Cruz exhibited at the school after that 2007 LST exhibit. Assistant gallery curator Joel de Leon said there was none, but I also learned other aspects from him. One is that while Fr. Francisco's statement denied showing the CCP-exhibited works of Cruz at LST, indeed he had exhibited an installation, also called “Poleteismo,” at that 2007 LST exhibit, but it was an entirely different style. "Thoroughly non-controversial and un-shocking," as an Ateneo insider recalled, Cruz portrayed a play on hands, instead of, as in the CCP, faces of Jesus Christ, the Crucifix and other images festooned with sexual objects and devices.
Ateneo assistant curator De Leon recalled that the artist had worked on the Poleteismo theme repeatedly in various exhibits for some time now, and he mused that the difficulty with "rehash works" is that artists do have the frequent tendency to outdo themselves each time. Logical conclusion---in the CCP case, I can see, Cruz tried to shock and shock.
XXX
But Joel de Leon also noted that the Ateneo Art Gallery had awarded Mideo Cruz in 2006 the Ateneo Art Award, which is a merit recognition to artists 35 years of age and below, this time for another work of his called “Banquet.” This is interesting, in view of National Artist for Literature F. Sionil Jose’s searing indictment of Cruz, first articulated in his column “The CCP Jesus Christ exhibit: It ain’t art” in Philippine Star, and then at the Senate hearing, where he classified the artist’s works as “an immature and juvenile attempt at caricature.”  He also said Cruz is bereft of “imagination, craftsmanship, and most important---originality.”
I tend to agree with Ateneo Art Gallery assistant curator Joel de Leon, however, that the artist was just trying to “outdo” himself in his rehash exhibit at CCP.  He apparently has talent, but he should mine it well---Art for Art's sake, and not shock for shock's sake.

For comments/reactions, pls. email:
polbits@yahoo.com
Posted by Veteran Journalist and Relentless Advocate of Truth at 8:27 AM